Skip to content
HomeHow The Romans Collected Beehives In The Wild 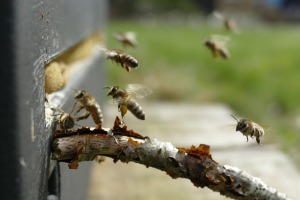 In perusing forgotten volumes, we occasionally come across something of great interest.  I had one such experience yesterday, and thought that writing about it would be a refreshing departure from some recent more serious fare.  Sometimes learning should be frivolous.

, usually rendered in English as On Agriculture.  It covered a variety of agricultural, medical, and botanical subjects, from the care and breeding of domestic animals to the cultivation of plants.  Columella owned farms in rural Italy and infused his books with the unimpeachable wisdom of practical experience.  What interested me was his advice on beekeeping (Res rustica IX.4).  He describes how to acquire and maintain an apiary down to the most minute detail.  Some of the advice is ingenious.  Even in those days, bees were known to be fragile things (a lesson that resonates for us today).  Bees, he warns us, are often “stricken with disease (nam saepe morbis intercipiuntur).” Nevertheless, they are easy to domesticate with the right techniques, and are more or less docile animals. 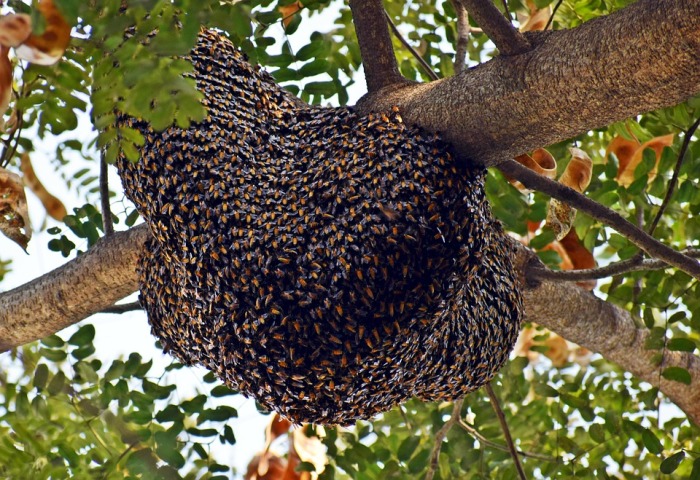 The flowers that yield the best honey are those of thyme, followed by marjoram, rosemary, and Italian savory (satureia).  Also good are the flowers of the tamarisk and the jujube tree.  He then relates the best way to construct an apiary, the choice of beehives, and how to go about buying a “swarm” of bees of one wished to purchase them.  According to Columella, a colony of bees only lasts for about ten years.  After that, they tend to wither away.

How Do You Capture A Swarm Of Bees?

But it is in capturing one’s own hive that he provides fascinating details on beekeeping in ancient Italy.  If you wish to acquire bees, he tells us, you should begin around a water source in the country and see if you notice large numbers of bees.  Bees, like wasps, always construct their nests near a source of fresh water.  Go where the water is, and wait and watch.  You will soon find what you are looking for.  If you see large numbers of them, you will first need to find out how far away the hive is.  You should prepare a dye of red-ochre (rem liquida rubrica), and touch the bees with a weed or stalk smeared with the dye when the bees are drinking at the water source.  Stay at the water source for some time.  If it takes a long time for the red-colored bees to return, then the hive is far away; if it takes a short time, then the hive is close by.  Hives that are close by can often be discovered just by patient observation of the red-dyed bees.

But what if the hive is a distance away?  Columella provides a brilliant technique for locating it.  You must cut a length of reed, hollow it out, and close it off at both ends.  Then bore a hole in the middle, so that you effectively have a long, thin cylinder.  In the hole, dab a small amount of honey or sweet wine, and then insert this rod in the ground near the water source (a spring, pond, etc.).

The bees will find it soon enough.  When a number of them have entered the reed, cover the hole with your thumb and take it away.  Hold the cylinder up.  Release the bees one at a time, slowly.  As you release one, it will fly away, guided by instinct back to its hive.  Follow it, if you can.  Then release another, and follow that one too.  The bees, slowly and periodically released, will act as your homing beacon back to the hive (aliam atque aliam foramine adaperto patitur egredi; regionemque notat, in quam plures revolent).  Ingenious!  We must take Columella at his word that these techniques worked, for he writes with the authority of someone who was no armchair theorist. 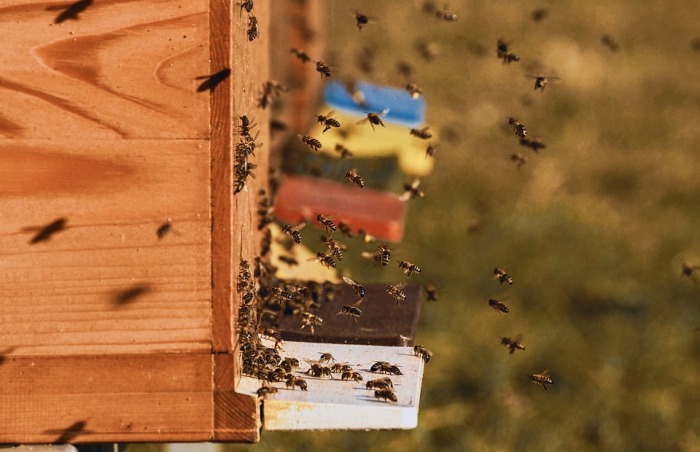 If the hive is located in a cave, it can be driven out by the blowing of smoke into the hive, along with beating of a brass vessel; the tinny sound of the brass will scare the bees into settling on a tree or shrub.  One can then collect the bees with a large earthen vessel with sweet liquid inside it.  If the swarm is located in the hollow of a tree or branch, you should first cut off the upper part of the branch or tree with a sharp saw, and then the lower part closest to the hive, working very quickly.  Cover the hollow with wrappings of linen or some other piece of cloth.

Another way to acquire bees is to set up “homes” for them for harvesting later.  You can visit known bee haunts that have not yet become hives, and rub these areas (e.g., tree hollows or empty boxes positioned in trees) with “balm” consisting of herbs and honey, two things that bees find irresistible.  The bees can then later be collected.  These, then, are just a few of the techniques described by Columella in his paragraphs on locating and acquiring bees in the wild.  There is much more here along these lines, but we will save it for a later time.

Read more in the new translation of Sallust’s Conspiracy of Catiline and War of Jugurtha:

7 thoughts on “How The Romans Collected Beehives In The Wild”