Language acquisition and learning are subjects that I’m interested in.

Over the years, I’ve worked very hard to acquire knowledge a detailed knowledge several foreign languages.  I’ve lived in several countries, and have never had a problem conversing in the local language.  And I’m not just talking about rattling off a few survival phrases, either.

Those who have read Thirty-Seven

know that I sometimes like to use original quotes from great authors, translated by me, to help make a point.  I don’t rely on filters, buffers, or other “interpretations” of the great thinkers.  (Thirty-Seven also contains two chapters of detailed suggestions on foreign language learning).

I go right to the original sources.  With no filter or buffer.

Not many people know how to do this.  But I want to share what I’ve learned over the years, because I know that someone out there is struggling with the same things that I used to struggle with.

Nothing is more sad than to hear or see some expatriate who’s lived in a foreign country, and yet can’t really speak the language.  To me, that’s inexcusable.

And guess what?  I don’t care if it’s a country that is reputed to have a “hard” language, like the countries of East Asia or the Middle East.

I don’t buy it.  No language is inherently more or less difficult than another.  You could call this my First Law Of Language.  That sentence flies in the face of all the bullshit that you’ve been taught.

Language learning is all a matter of will, technique, persistence, method, and motivation.  Saying something is too tough is just a mental roadblock that people like to set up, in order to give themselves a way out.

People want you to think it’s tough, because it makes them feel superior.  They want to feel like they belong to an elite club.

Almost all of my learning has been self-taught.  That’s right:  99% of it.

I had to learn from trial and error, and from the sweat of my own brow, and from diving into the mosh pit and making my own mistakes.  There was no magic tricks, no mind enhancements, no hocus-pocus, and no pep-talks.  There was only hard work.

There is a lot of advice out there on this subject that just doesn’t work.  Many people have convinced themselves that they can’t reach their goals, or that they just “don’t have the ability” to learn their target language.

But I’m going to tell you something:  you can do it.  You can. 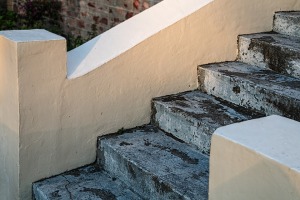 Languages are spoken by human beings.  No one language is inherently “harder” than another.  We’re all humans.  We all communicate.

I remember before I went through the Marine Corps’ Officer Candidates School (OCS) in Quantico, Virginia.  Everyone told me how hard it would be.  How it would be weeks of sleep deprivation, harassment, and brutal screening and evaluating.  And it was.

I also remember when I first started trying cases in court, to actual juries.  Few, very few attorneys actually do this.  Having a law license is one thing, but actually practicing law and trying cases is something very, very different.

Most of them never have tried a case in their lives.  But I’ve done it dozens of times in federal court and in state court.  And won.  Why?  Not because I’m special.

It’s because I’m methodical, I’m prepared, I have passion, I have fanatical willpower, and I have learned to turn off my fear.  It took effort.

So now I’ll tell you why you’re not hitting your goals.  Want to know why?  Here are the reasons.

1.  You’ve psyched yourself out.

You believe the bullshit that Chinese or Arabic or a dozen other languages take some special superhuman power to grasp.  You believe the internet marketers and scam artists who want to sell you a bunch of shit that you don’t need.

You need to put in the work.  If you’re not working every day for at least thirty minutes, then your brain is not going to have a chance to cement the new structures in place.

We live in a world where people like to bandy about phrases like, “Work smarter, not harder.”  Well, fine.  That may be right for some situations.  But it isn’t right for every situation.

Imagine you’re trying to shovel a driveway full of snow.  You don’t have anything but a shovel to clear the snow.  Guess what?  The only way that snow is getting out of there is by brute labor.  No magic tricks, no mind games, no hocus-pocus.  Bend over and do the work, period.  Learning a language is drudgery, for the most part.  You don’t see progress all the time.  It takes sustained effort over a long period of time.

3.  Your materials are not good.

Do you want to know something?  I’ve become more and more convinced that people were better off using the language learning methods of the old days, in comparison with the flim-flam that we have now.  I’ve looked at old books of language study (for both ancient and modern languages) that were printed from the 1890s to the present.

One of the best books of Arabic grammar in English (W. Wright’s exhaustive study) was done over one hundred years ago.  Some of the best references in Latin, Portuguese, and French were produced many decades ago.  The quality of humanities scholarship has declined over the years.

In the old days, students were required to memorize large amounts of text in the target language.  The words became part of the student’s consciousness.

They would memorize long passages, say, from Virgil’s Aeneid.  Or the stirring cantos of the Lusiads in Portuguese.  Or the glories of Arabic poetry.  Or, in French, the aphorisms of Blaise Pascal.

But now?  People want to sit in front of computer screen and zone out, as they watch flash cards appear before their eyes.

The truth is that most language learning books out there are not very good.  They simply are not challenging enough.  A good resource should have:

A selection of real-world dialogues, so you can learn how to handle yourself in real situations

4.  Your goals are not realistic.

You need to be realistic.  The Foreign Service has a language proficiency rating scale that you can use for general reference.  For most people, simply being able to get to an intermediate level of proficiency is a big achievement.  The average person is not going to be talking like a fluent native speaker, even after years of study, no more than the average person who goes to the gym will end up being as big as a professional bodybuilder.

But everyone can make incredible progress.

You’re not in a foreign country to be pimped out by people for English practice.  One of the most irritating things that this globalized world has brought us is this “entitlement for English” mentality.  If you are a native speaker of English, stop speaking English to people if you’re in their country.

Does that make you feel uncomfortable?  Too bad.  You have to decide how badly you want to learn your target language.

What are fossilized errors?  I talk about this in one of the chapters of Thirty-Seven.  This is a language learning mistake that you have made so often that it becomes part of your internal programming.  It’s a calcified mistake that’s hard to get rid of.  But you can limit them and remove them if you can identify them.

A native speaker is good for helping you identify your fossilized errors.  One this has been done, you can find alternate spoken constructions to replace them.

7.  You are focused on looking busy, and not on working.

Some people think that going through the mechanics of studying is equivalent to studying.  Some people think that installing language learning software will act as a substitute for actually doing the work.  Most of the language learning software out there is overpriced and not of much use beyond the very basic, beginner stages.

You need to understand that there’s a difference between looking busy, and being busy.

These are seven of the main reasons why people hit plateaus in their language studies.  If you read through this list, and find that some of them sound familiar, then you’ll be on your way to breaking through the barrier to higher and higher achievement.

Because remember:  it’s all worth it.  Believe me.  Knowing another language is like having another soul.  It’s like being able to shift yourself from one time and place, to another time and place.

All you need is persistence, encouragement, and the ability to identify your “sticking points.”

The feeling is intoxicating, and highly addictive.