Skip to content
HomeThe Greatness Of The Italian Futurists 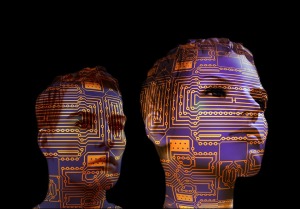 Sometimes we have to smash the old models.  We have to throw the old idols down the steep steps of the Pyramid of the Plumed Serpent, and watch them tumble crashingly to the ground.

To strike out in bold new directions.  To throw the old, stodgy, musty playbook out the window, and leap into the unknown.  This is life itself.  That is, the affirmation of life.

Sometimes, I don’t want to fix things.  I want to destroy them.

It is an invigorating feeling and, as it turns out, a necessary one.  For it is only by this sloughing off of the old skin can we begin to grow a new one.  Take that old paradigm, that one which is holding you back and has outlived its usefulness, and hurl it to the floor.

Enjoy that glorious smashing sound, for it is the sound of liberation.

Or so it seemed to Filippo Tommaso Marinetti (1876-1944), the visionary Italian poet, editor, and provocateur.  In 1909 he stunned the European art world with one of the most militant and visionary manifestos ever published:  The Founding And Manifesto Of Futurism.  It appeared in the Paris newspaper Le Figaro.  Its opening paragraphs mark it out as an appeal to the subconscious:

We had stayed up all night, my friends and I, under hanging mosque lamps with domes of filigreed brass, domes starred like our spirits, shining like them with the prisoned radiance of electric hearts. For hours we had trampled our atavistic ennui into rich oriental rugs, arguing up to the last confines of logic and blackening many reams of paper with our frenzied scribbling.

An immense pride was buoying us up, because we felt ourselves alone at that hour, alone, awake, and on our feet, like proud beacons or forward sentries against an army of hostile stars glaring down at us from their celestial encampments. Alone with stokers feeding the hellish fires of great ships, alone with the black spectres who grope in the red-hot bellies of locomotives launched on their crazy courses, alone with drunkards reeling like wounded birds along the city walls.

Marinetti then lays out his main points, of which the first few are:

We intend to sing the love of danger, the habit of energy and fearlessness.

Courage, audacity, and revolt will be essential elements of our poetry.

Up to now literature has exalted a pensive immobility, ecstasy, and sleep. We intend to exalt aggressive action, a feverish insomnia, the racer’s stride, the mortal leap, the punch and the slap.

We affirm that the world’s magnificence has been enriched by a new beauty: the beauty of speed. A racing car whose hood is adorned with great pipes, like serpents of explosive breath—a roaring car that seems to ride on grapeshot is more beautiful than the Victory of Samothrace.

We want to hymn the man at the wheel, who hurls the lance of his spirit across the Earth, along the circle of its orbit.

The poet must spend himself with ardor, splendor, and generosity, to swell the enthusiastic fervor of the primordial elements.

Except in struggle, there is no more beauty. No work without an aggressive character can be a masterpiece. Poetry must be conceived as a violent attack on unknown forces, to reduce and prostrate them before man.

We stand on the last promontory of the centuries!… Why should we look back, when what we want is to break down the mysterious doors of the Impossible? Time and Space died yesterday. We already live in the absolute, because we have created eternal, omnipresent speed.

We will glorify war—the world’s only hygiene—militarism, patriotism, the destructive gesture of freedom-bringers, beautiful ideas worth dying for, and scorn for woman.

This “art of the future” would sweep away all of the old forms of the past, and make way for a glorious future.  What would be celebrated?  Speed, power, dynamism, technology, and nationalism.  The movement attracted idealistic young artists like the great Umberto Boccione (1882-1916), Gino Severini (1883-1966), and Giacomo Balla (1871-1958).

To the Futurists, development should be forward-looking.  They spared no one, not even themselves.  They thought that they themselves should be cast aside once their usefulness had expired.

The first Futurist exhibit appeared in Milan in 1911, and then in Paris in 1912.  Paris was the focal point of the art world and the bastion that would have to be taken by force.  Although the new movement attracted some ridicule, it is undeniable that it exerted (at least for a time) a profound influence on design, architecture, and painting in general.

Futurism was characterized by Neo-Impressionist and Cubist practices, but also by powerful lines of force with forceful coloration.  Some of the effects achieved were dazzling in the ability to recreate movement and speed.  Boccioni in particular was able to produce first-rate works that to this day exert a powerful appeal.

The futurists practiced what they preached.  Many of them enlisted in the First World War; Boccioni himself died in a military accident in 1916, and his death was a true tragedy for the world of art.

Futurism lost much of its momentum after the First World War.  Its exaltation of speed, war, and technology came to be seen, somewhat justifiably, as naive in the world after 1918.  But by then it had served its purpose, and perhaps it was good that it had burned brightly and briefly.  And it yet lives.  It has something to tell us now, in 2015.

Its voice leaps out at us today as we view its artistic creations:  movement, speed, decision, action, and violence.

Europe, listen again to the voices of Carlo Carra, Luigi Russolo, Boccioni, and Severini!  Your lethargy, your torpor, and your smug complacency has a tonic.

Read More:  Behind Everything Is The Unknowable