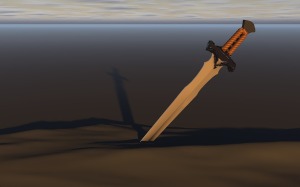 In a previous article here we recounted the dramatic fall of one of the Emperor Justinian’s venal officials, John of Cappadocia.  The key roles of this drama were the Empress Theodora and her amoral compatriot Antonina (c. 484-565), the wife of Belisarius.  It is now time to relate yet more adventures of this depraved yet admittedly fascinating figure.  Almost all of what we know about her and her unscrupulous maneuverings comes from the historian Procopius, whose Secret History (Anecdota) is a scorching indictment of Justinian, Theodora, and their court.  He is not an impartial source; and he seems to have been a snubbed official who revenged himself on the court by chronicling their indiscretions for posterity.  Yet there is some truth to his accounts, and his is not a voice that can easily be dismissed.

Yet she somehow came to the attention of Belisarius, who would eventually become the greatest of Justinian’s generals.  He must have seen something appealing in her, just as Justinian saw something in Theodora.  It seems incredible that these two women, Theodora and Antonina, who came from such shady backgrounds, should have come to wield such undue influence over their husbands and by extension the Eastern Roman Empire.  Their whim became law.  And despite the fact that Justinian and Belisarius were men of action in their public lives, in private they displayed a weakness of will with regard to their wives that remains difficult to comprehend.

It is almost as if today the wife of a chief executive of a major power had been a stripper or lewd performer.  Yet this is exactly what did happen; and it is not surprising that Theodora and Antonina would have instantly recognized each other as kindred spirits, and future partners in intrigue.  One story illustrates the nature of Antonina’s character.

She and Belisarius had adopted a youth named Theodosius.  Soon after this, Antonina began to lust after him.  He responded to her advances, probably more out of fear than anything else.  While Belsarius was in Sicily on military business (535) he discovered the affair, and sent some men to capture of kill Theodosius.  He evaded capture and escaped to Ephesus.  Somehow, Antonina talked her way out of trouble with Belisarius.  She convinced him that there was no truth to the stories of her passion for Theodosius, even though the affair was apparently common knowledge in court circles.  She also cunningly drew out of him the names of the servants who had betrayed her to Belisarius.

Once this was done, she had the servants arrested.  Their tongues were torn out, and then they were executed; she then had the corpses chopped up and thrown into the ocean.  Even five years later, her interest in Theodosius remained very strong.  As Belisarius was preparing to depart for war with the Persian empire in the east, she was preparing to have Theodosius brought to her side in Constantinople.  Her son, Photius, got wind of the plan and conveyed it to Belisarius.  The two of them determined to remove Theodosius from the scene once and for all.

Belisarius eventually confronted Antonina about her conduct; but again she somehow talked her way out of it.  Photius meanwhile tracked down and arrested Theodosius, and had him locked away in a secret prison in Cilicia.  Theodora, whose spies were everywhere, at this point became aware of all the drama surrounding Antonina and her lover.  She decided to intervene to save Antonina, who had been useful to her in the past as a confidant and general partner in intrigue.  So she summoned Belisarius and Antonina to Constantinople, and made them reconcile.

But she was still Theodora, and knew how to mix reconciliation with force.  She had Photius arrested, put to the torture, and tried to make him reveal where Theodosius was hidden.  Despite his agonies, he never revealed his secret.  Theodora found out through other channels, however.  Theodora had Theodosius rescued and brought to Constantinople, and then presented him to a joyful Antonina.  One can only imagine the scene.  Photius remained in a dungeon, but eventually escaped after two failed attempts, and made his way to Jerusalem, where he became a monk to hide himself from Theodora’s wrath.  He outlasted her, and emerged from his seclusion once she was safely dead.

It is not known to what degree Theodosius was a willing, or a captive, lover to Antonina.  Perhaps fear and lust were mixed with an equal degree.  And perhaps, when all is said and done, this mixture of fear and attraction was the ultimate aphrodisiac for the both of them.  Human sexuality, although it is a force of consuming intensity, ultimately yields to the temporal dictates of power.

In any case, this is the story as related by Procopius.

Read More:  Your Defiance Is Your Abundance

One of my favorite Vietnam era photos. Look at the faces. Really look.