Skip to content
HomeOne Illusion Is Only Worth Another Illusion: The Judgment Of Bocchoris

Here is a sly and amusing story that I came across in Plutarch this weekend.  We find it in his Life of Demetrius (Ch. 27).  It is short, but effective.

There was an Egyptian pharaoh named Bakenranef, who was known to the Greeks as Bocchoris (names of foreign rulers and notables were often Hellenized by historians).  According to the chronicler Manetho, he ruled Lower Egypt as a king of the Twenty-Fourth Dynasty from 725 to 720 B.C.  According to tradition, he was famous for his wisdom and prudence.

During his reign, an Egyptian man happened to fall into love, or lust, with a courtesan named Thonis.  To consummate his affection physically, she asked him for a large sum of money.  The man consented to this exchange of resources.

But time seemed to cool his lust.  Soon after agreeing to this arrangement, he had a dream in which he had slept with Thonis.  The dream satisfied him, apparently, and he no longer felt the same way about her.

And so there things ended.  Thonis brought a legal action against the man, demanding that he should still have to pay her the money, even though he had never slept with her.  She claimed that such was her due, regardless.

Lower judges were uncertain how to handle the matter, and issued contradictory rulings.  The case made its way to Bocchoris.  This is what he did. 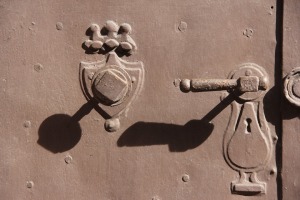 First, he ordered the defendant (the Egyptian man) to deposit with the court the amount of money that had been promised to Thonis.  Then, he had the man hold the money in his hands, and stand in front of a light source, so that a shadow of himself and his money projected onto the wall.  He told the man to move the money around in his hands.

The man had dreamed that he had slept with Thonis, but never actually had done so in reality.  Likewise, Thonis was only entitled to the illusion of money, in the form of a shadow.  She had no right to demand physical value (i.e., money) when she had provided no physical service.  She tried to argue that the man’s dream had “satisfied” him, but the pharaoh was not persuaded.

In this way was the case equitably decided.

Read More:  The Luckiest Man On The Face Of The Earth

5 thoughts on “One Illusion Is Only Worth Another Illusion: The Judgment Of Bocchoris”

Most Guys do not appreciate angry Spanish women. Very attractive.