Skip to content
HomeThe Persistence Of Guilt, And How To Get Rid Of It 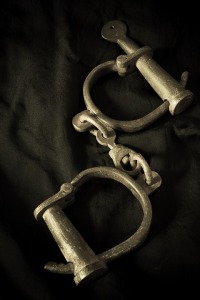 I saw the new film MacBeth (starring Michael Fassbender) at the Botafogo district of Rio de Janeiro a couple nights ago.  I recommend it highly, as the production values are incredible and the pulse of the drama is intense.  I don’t consider myself a big Shakespeare fan.  I like a few of the major plays (Hamlet, MacBeth, etc.) but many of the others I find to be tedious.

The event turned out to be an opportunity to reflect on the qualities and consequences of guilt.  Readers may be familiar with the gist of the play:  the usurper MacBeth murders a king at the instigation of his wife, and then is forced to deal with the consequences of this terrible act.  In a variety of ways, he becomes consumed by guilt and self-loathing.  He hallucinates, ruminates, and gives himself over to ever-escalating incidents of brutality.  The result is a trajectory of self-destruction.  But let us leave the story of MacBeth aside for the moment.  One does not have to be enmeshed in such drama to be affected by guilt or its consequences.  I believe that guilt is one of the most insidious and difficult to eradicate vices.  Why is this?  These are the tentative conclusions I’ve drawn.

The first reason is that guilt can creep up on you no matter what the outcome of some event is.  It can seize you regardless whether you were successful in some endeavor.

You can feel guilty about success.  And you can feel guilt about failure.  Guilt gets you both coming and going.  Unlike other vices, it seems to exist independently of the outcome of something.  It is a sneaky, devious little vice.  You can never turn your back on it.

The second reason guilt is so insidious is that it is very easy to transfer from one person to another.  It is a prime tool of the manipulator.  Families and friends know this well, and they are often the prime vectors in the transmission of this disease.  It has an ease of communicability, and can spread very rapidly.  Whole groups, whole families, and even whole nations can suffer from it, collectively.  Yes, I said disease.  For there really is no other word for it.

The third reason guilt is so insidious is that it is very difficult to purge oneself of.  It is difficult to eradicate.  Once it takes hold, like a parasitic plant entwined around a tree, it does not want to leave.  It has a psychological dimension that finds very fertile growing ground in the mind.  And no matter how hard you try to shake it off, somehow it always leaves some sort of residue.

Some strains of ivy are very difficult to eradicate.  And when I say “eradicate” I mean that literally:  the word itself signifies a tearing up at the roots.  The word radix in Latin means just that:  root.  All of this is demonstrated amply by our own experiences.  You can recall the many instances where these things have played out.

What, then, is to be done?  How can we rid ourselves of the curse of guilt?  And make no mistake:  guilt does us no good.  It weighs on the mind, draining our energy, and robs us of the proper enjoyment of life.  It generates resentments, phobias, complexes, and neuroses. It must be eradicated, completely and totally.

From my own observations and experiences, there seem to be only a few techniques that work.  Some people say you need to make “positive affirmations” about yourself.  Or you need to keep a journal.  Or you need to somehow, magically, just let it drop like a pile of bricks.

None of that nonsense really works.  In fact, the truth is that there really is no way to get rid of guilt except by totally “reformatting” your brain.  You have to hit CTRL ALT DEL in your brain chemistry.  Reformat the hard drive if you have to.

We must turn a mental switch on in our minds.  We must believe, in our very bones, that certain negative feelings are derived from guilt.  We have to diagnose the affliction as guilt, and be certain of it.  So the first step is identification.

That is:  we must first identity that the source of our anger, malaise, or depression is guilt.  It comes from guilt.

This sounds easier than it is.  Because, as I’ve said, guilt is expert at camouflaging itself as something else.  It somehow latches on to our regular thought processes, hiding in the underbrush of the mind.  It is that back-seat driver who always second-guesses you.

What is the second step of getting rid of guilt?  It’s not easy.

That’s it.  It’s that simple.  You just have to refuse to humor it.  Refuse to deal with it.  Refuse to allow it to control your actions or emotions.

This is the most difficult step.  Some people–most people–never get this far.  They never really make the leap of fanatical willpower it takes to crush the past.

Focus on the now, and the future.  Let the past go.

In property law, there is an old common-law concept called the Rule Against Perpetuities.  Let me state it for you in its traditional form:

No interest in property is valid unless it vests not later than twenty-one years, plus the period of gestation, after some life or lives in being which exist at the time of the creation of the interest.

What the hell does this mean, you ask?  And what does it have to do with guilt?  I will tell you.

This property law rule was developed hundreds of years ago in England in order to restrict a person’s power to control perpetually the ownership and possession of his or her property after death.  It was also meant to ensure the transferability (or defeasibility) of property.

It means, to simplify things, that people in the past cannot control the disposition of real property (real estate) forever.  At some point, we have to cut off the “dead hand of the past.”  I like this rule.

And getting back to guilt:  we can’t allow old things to control the future too much.  At some point, we have to chop off the dead hand of the past.

You cannot allow the dead hand of the past–which guilt represents, after all–to control the present or the future.

You cannot.  Period.  Because it will throttle you in your sleep, and in your waking hours.

Finally, the third step in keeping guilt out of your life is to take away reminders that brought it on in the first place.  Move out of the house or apartment that caused you so much harm.

Get away from the people who make you feel guilty.

Get away from the town that is the source of so many bad memories.

Get away from the place, location, or source of the ill-feeling.

Remove items or possessions from your view that make you feel wistful, melancholy, or guilty.  They don’t do any good.  You need to understand that this is not a choice:  either you do this or the dead hand of the past will drag you down with it.

People can die from guilt.

Removing guilt from your life takes a long time.  It is never really a finished process.  You have to get rid of it, and keep getting rid of it, or it has a tendency to come back.

But you really don’t have much choice.  Either you eat it, or it will eat you.

Read More:  Your Defiance Is Your Abundance

5 thoughts on “The Persistence Of Guilt, And How To Get Rid Of It”