Skip to content
HomeThe Bad Luck Of The Gardener Sinerus 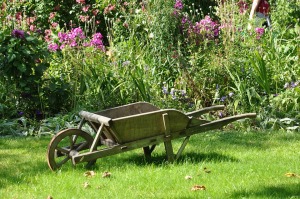 Injustices thrive in atmospheres of fear and intolerance.  I came across one story recently that illustrates this point.  It could just as easily have come from Stalinist Russia, or modern-day North Korea.  The tale is found in Giuseppe Riciotti’s Age of Martyrs, and concerns the accidental martyrdom of a man named Silenus, who lived during the emperor Diocletian’s vigorous persecution of Christians in the last years of fourth century.  Riciotti does not mention the original source, but it must have come from one of the ecclesiastical historians of the period.

Sinerus was a Greek by birth, and left his native country to work in Illyria.  He became employed as a gardener at a town called Sirmium.  At some point in his life he became a Christian convert, but due to the official suppression of this creed (subversive in the view of the authorities, and not without valid reason), he was forced to conceal his beliefs.

One day Sinerus was doing his gardening work at some residence.  A woman he had never seen before entered the residence where he was working, and began to pace around, apparently looking for someone or something.  Sinerus asked the woman if he could help her.  She refused to state her purpose with clarity.  When she responded to the effect that she just “liked to take walks in this garden,” Sinerus became suspicious in his own simple-minded way.

He began to suspect that she was either a woman of low repute, engaged in prostitution, or simply someone involved in nefarious activity of one type or another.  He told her in blunt and unvarnished terms that she had no business there, that she should go home, and that she ought to conduct herself in a responsible way. 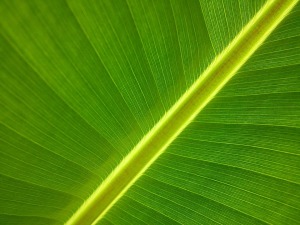 As one would expect, the woman was furious at being castigated in this way by the gardener.  He had practically called her a prostitute.  But the stars had aligned even more unfavorably for him.  It turned out that this woman was the wife of a very powerful Roman official who was a friend of the emperor Galerius.

The wife wrote an account of the incident to her husband, who was away on a military campaign with the emperor.  She gave her version of the story, which left out relevant details and played up others.  The husband of course blazed with fury, and asked for leave to return home to deal with this insult to his wife’s honor.  The husband went to Illyria, contacted the governor there, and had the gardener located.

Sinerus was hauled in for an inquest.  He related his account of the story, and told how he had rebuked the woman who appeared in his garden at an inappropriate hour.  But this was new news to the husband, who was there at the inquest.  His wife had failed to tell him that she had showed up at the garden at a very late hour.  This fact got his suspicions aroused.  He began to think–with good reason–that she may indeed have been involved in some secret activity.

Now the husband was the one who was in danger of being disgraced.  It was clear that the gardener Sinerus was a reliable witness.  He testified openly and honestly, with no hint of a hidden agenda.  But his testimony had unleashed powerful forces.  His story threatened to embarrass both the wife and the husband; and these were government officials of considerable power.  The public was beginning to laugh at the entire incident and mock the husband and wife behind their backs.  A scandal was looming.

Even the emperor Galerius was now in danger of being made to look like a fool.  It was now clear that the wife of one of his officials had been engaging in a tryst.  He had given leave to the husband to take care of the matter, and now it appeared that the husband’s wife had been in the wrong.  It was never a good idea in those days to put the emperor in such a position, to say the least.

So everyone began to look for a face-saving way out of the morass.  Someone had to be blamed.  Some pretext had to be concocted to place the blame for the whole shabby affair on Sinerus, who was poor, without contacts, and (as we will see) a member of a disfavored sect.

Someone hit upon the idea of framing Sinerus for his Christianity.  In those days it was a capital offense to openly proclaim adherence to the religion, which was seen as an alien importation from the Near East (which it was).  If Sinerus could be pinned with the “Christian” label, then he could safely be executed.  That would take care of the whole matter, and everyone could save face.

Under questioning and torture, Sinerus admitted his religious affiliation.  He made no secret of it.  The governor then ordered him to be decapitated.

2 thoughts on “The Bad Luck Of The Gardener Sinerus”