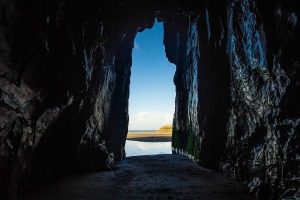 We all desire to retain a sense of connection to the past.  It is part of human nature.  Too sudden a break with tradition can produce something very much like insanity; in individuals we call this a broken mind, and in nations we call it revolution.  And both of these reactions are destructive.  And at the same time, we need to feel we can project ourselves into the future, somehow.  We want to escape the limitations of this frail physical life, with its miserly duration and inconstant rewards.

This may be one of the reasons for the popularity of stories relating to time-travel.  We want to know what life was like in the past, and what it may be like in the future.  Man in olden days did not think in terms of Wellesian “time-machines” or other contrivances of science fiction.  He thought more in terms of Rip Van Winkle fables.  But the purpose was the same:  the chance to give modern man a taste of contact with his progenitors.

We consider the legend of the Seven Sleepers, found in Chapter XXXIII of Gibbon’s Decline and Fall. The story is originally Roman, but found its way into Arabic lore after the seventh century.  In his own typical way, Gibbon tells us:

Among the insipid legends of ecclesiastical history, I am tempted to distinguish the memorable fable of the Seven Sleepers; whose imaginary date corresponds with the reign of the younger Theodosius and the conquest of Africa by the Vandals.

The story in its original form is found in Gregory of Tours’s De gloria martyrum; he apparently translated his version from an undisclosed Syriac original.   The essence of the story is this.  During the reign of the emperor Decius (A.D. 249–251), seven noble youths of the city of Ephesus sought to escape the emperor’s furious attempts to suppress Christianity.  They secreted themselves inside a cave near the top of a mountain.

Minions of the emperor located them and had the entrance of the cave sealed with heavy stones.  The youths then fell into a deep sleep that, we are told, lasted for one hundred and eighty-seven years.  One day a random person happened to remove the stones from the cave’s mouth and, when rays of light penetrated the interior, the young men awakened, apparently unharmed after all this time.  They were not aware that they had slept so long.

One of their number, a boy (adult?) named Iamblichus, decided to go into town to buy some bread for the remaining six in the cave.  Everywhere he looked, he was shocked to see Christian crosses and other religious paraphernalia.  He could not understand why the pagan gods were no longer publicly worshipped.

When the boy went into a bakery, the owner and all the patrons were startled by his antique dress and archaic speech.  When he went to pay for his bread, the proprietor was incredulous to receive a coin dating from the reign of Decius.  Word of the stranger soon circulated, and Iamblichus was hauled before a judge to explain himself.  Soon the bishop of Ephesus, local notables, and eventually the current emperor (Theodosius) visited the cave, and were convinced of the truth of Iamblichus’s story.  The six youths there related their story with sincerity; and once they had told it, they died peacefully in the presence of all. 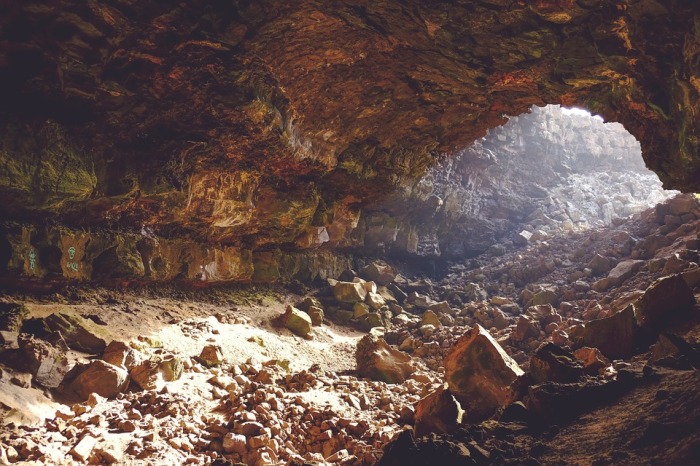 This is the legend of the Seven Sleepers.  Even today there is a cave near Ephesus that is said to be the original cave of the Seven.  The tale was so popular that it persisted for centuries in the Near East.  We even find an Islamic version of it in the Qu’ran (sura 18), along with the addition of a dog in the fable (al-Rakim).  Gibbon also tells us that a version of the tale even appears in Scandinavian literature (cf. Paul of Aquileia’s De gestis Langobardorum).  Why does this story, and others like it, have such a hold on the imaginations of so many separate traditions?

We imperceptibly advance from youth to age, without observing the gradual, but incessant, change of human affairs and, even in our larger experiences of history, the imagination is accustomed, by a perpetual series of causes and effects, to unite the most distant revolutions.

But, if the interval between two memorable eras could be instantly annihilated; if it were possible, after a momentary slumber of two hundred years, to display the new world to the eyes of a spectator, who still retained a lively and recent impression of the old; his surprise and his reflections would furnish the pleasing subject of a philosophical romance.

And so it is.  We stretch out our arms, and extend our fingers, to catch hold of some as-yet uncongealed future; hoping, in some small way, to project our present consciousness into realms of future events, and thereby achieve immortality.

It is a delusion, but it is the noblest of all delusions.

10 thoughts on “The Seven Sleepers”

Sent by a friend in Austria.