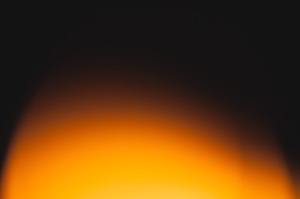 The phenomenon known as St. Elmo’s Fire has always fascinated man.  To witness it is an unsettling experience, to which I can personally testify.  Aboard a military ship in 1992 traveling from Okinawa to Pohang, South Korea, it appeared for a brief period of time in the superstructure of the ship.  And then it was gone.

While it lasted, I could not take my eyes off it.  It activates one’s dormant mystical senses; one gets the sense of his own insignificance before the awe-inspiring forces of Nature, before which we can only beg humbly for understanding.  Perhaps this feeling is magnified by the sense of isolation produced by being on the open ocean.  But it was there and cannot be denied.

In scientific terms, St. Elmo’s Fire is a “corona discharge” that results when the charge on a ship, aircraft, or other man-made object exceeds the charge in the surrounding air.  The accumulated charge then “leaks” off, producing a visible effect under some conditions.  Most accounts also say that it is accompanied by an audible noise that sounds like a cracking or sizzling effect. 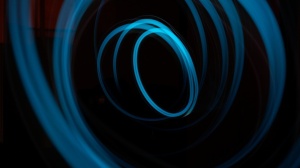 Scientific American’s explanation of the Fire is as follows:

St. Elmo’s Fire is plasma. A normal gas is composed of molecules. The molecules are composed of atoms, which in turn are composed of electrons and clusters of proton particles. If the electric force applied to each bit of gas is greater than a certain level of voltage, it causes the electrons and protons of the gas molecules to be pulled away from each other. High voltage transforms the gas into a glowing mixture of separate proton clusters and electrons. We call this mixture of particles by the name “plasma,” and it is conductive. It also fluoresces with light.

My interest in this topic was ignited recently after coming across a forgotten passage in Pliny’s Historia Naturalis, written over two thousand years ago.  He says (II.101):

Stars come into existence in sea and on land.  I have seen the images of these in form adhering to spears during the night-time watches of soldiers in front of earth-works; and they hover on sail-yards and other parts of ships, with a certain distinct sound, as a bird on a perch moving from place to place…They also form halos on the tops of men’s heads at night, indicating a great portent.  All of these things are of uncertain explanation, and are secreted within the majesty of Nature.[1]

Nautical lore is full of dramatic accounts of observations of the Fire.  Aircraft pilots have also been known to observe the weird ionized fire.  According to nautical historian Edward R. Snow, one veteran aviator recalled, “On the propeller aircraft operating at lower levels, St. Elmo’s Fire a few times at the nose of a DC-8.  On the propeller aircraft operating at lower levels, [the fire] was much more frequent.  From the time when I was stationed in Rome and flew to the Far East with DC-6s, I remember a great number of occurrences over India.  The propellers were a very impressive sight when lighted with St. Elmo’s Fire.”

Snow also records a strange recent case of St. Elmo’s Fire actually appearing in someone’s house. Writing in 1976, he informs us that in Quincy, Massachusetts about 1964, Richard Carlisle, the editor of the local newspaper Patriot Ledger, was relaxing in his living room when a ball of ionized particles floated out from his fireplace, made its way across the room, and then suddenly dissipated after striking the opposite wall.

Since Pliny’s day we have of course made much progress in describing such apparently unexplainable phenomena.  But there are limits to what we can know.  And even if we do know something, it does detract from the sense of awe, the sense of wonder, that entails the actual observation.  As Pliny says, “All of these things are of uncertain explanation, and are secreted within the majesty of Nature.”

Only to saints and fools does coy Nature reveal Her secrets.

To learn more about similar strange phenomena and their effects on man’s imagination, check out my book Pathways.