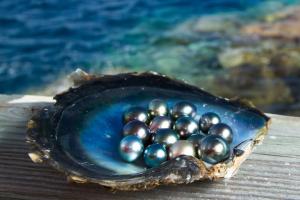 When we feel something passionately and sincerely, we have an urge to express this emotion to the objects of our affection.  If the feeling is reciprocated (or at least acknowledged) by the beloved, we feel pleasure.  But if the feelings are not returned, we will initially feel the sting of rejection.

But this feeling should give way to some consolatory thought.  Sincere emotion in the form of passionate intensity is something that belongs to us, the generator of the emotion; it does not really matter whether the beloved acknowledges it or not.  The emotion is ours:  it belongs to us.  It cannot be taken away by someone else; it cannot be neutralized or minimized, even in rejection.  The emotion stands alone, completely self-generating and self-sustaining.

If you love something, that love belongs to you and is your own treasure.  It needs no endorsement or validation by some external source.  So if you suffer the pangs of unrequited love, console yourself with the knowledge that your sincere emotion is its own reward.  It needs nothing else.  And the same principle applies whether you love a language, country, or person; the object’s lack of appreciation will not dampen the life-affirming vitality of the emotion that you generate yourself.  It is the stuff of life, the waters of the Soul’s fount.

And this is why the great poets were able to compose such beautiful verses.  Most of the time their poems were not acknowledged; the objects of their affection rarely even knew of their infatuation.  Their amorous passions often went unrequited.  But this did not prevent them from creating great art; their emotion was part of their own creative energy.  It did not depend on validation from outside parties.

One example illustrates this point.  The Andalusian poet Ibn Al-Abbar (his full name was Abu Jaafar Ahmad lbn Muhammad al-Khaulani) is mentioned by the biographic compiler Ibn Khallikan as a native of Seville.  Before his death in 1042 he wrote many learned works and mingled with the wealthy and powerful of his day.  His likely rejection by the object of his affection did not prevent him from penning this surpassingly beautiful contemplation of physical love:

She knew not the lasting passion with which her eyes inspired my soul, nor the anguish which was borne by my heart.

I should lay down my life for that fair visitor who sought, but could not approach the lover drowned in tears and consumed with love.

Apprehensive of spies, she came to me with hurried steps, her neck adorned with no other jewels but its grace and beauty.

I handed her the cup, and the wine which it contained blushed with jealousy at the fragrance of her lips and the radiance of her teeth.

We drank till her eyelids yielded to the blandishments of slumber, and the strength of the purple liquor subdued her to my will.

I wished to give her my cheek for a pillow, but it was too small, and she said:  Your arms are for me the best of pillows.

When this maid, beauteous as the moon, approached, the full moon was effaced by her beauty, and all the horizon became dark with jealousy: the night was perplexed to know where the moon would rise, but the night knew not that I held the moon in my arms.[1]

The unrequited love of Al-Abbar did not need validation from outside sources.  It was a self-generating thing of beauty in itself, a source of his poetic inspiration, a sustaining solace.  It was its own reward, and required no other. So when we encounter situations where we feel pain that our emotions are not reciprocated, we can at least console ourselves with the knowledge that the sincere emotion is its own healing wellspring.  It is never wasted.