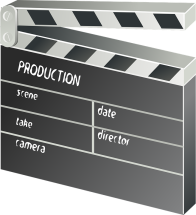 If you find yourself with free time on your hands during the next few days, you might want to check out a few of these titles.  As always, I try to focus on the films that get little mainstream attention.  You can decide whether you want to see them.

In the Geiranger fjord in Norway, there is a looming mountain pass named Åkneset.  If the pass collapses, a huge amount of rock will fall into the fjord, creating a wall of water 80 feet high.  This is the premise of this competent Norwegian disaster film that delivers what it promises.  And what does it promise?  Good old-school disaster film cliches, served up with style.  You have the standard motifs:  the frantic scientist who sees it all coming, but no one listens to; the concerned wife; the smug villagers who think nothing will happen.  A well-done film that doesn’t try to be anything more than what it is.

These days Werner Herzog seems to focus exclusively on documentaries.  Perhaps it’s because he feels he’s reached an age where philosophical speculation is more important to him than relating some dramatic storyline.  Whatever the reason, it’s hard to complain when the results are so good.

In this film, Herzog explores the world of volcanoes and the mythologies that surround them.  Shooting at diverse locations in the South Pacific, North Korea, and elsewhere, Herzog manages to capture the mystical bond that links geology with mythology.  The photography here deserves special mention.  The viewer is treated to incredible scenes of lava, eruptions, and rivers of fire that are so detailed that you can almost feel the heat radiating off your viewing screen.

This one was a disappointment.  A weepy coming-of-age melodrama set against the backdrop of approaching civil war in Spain in 1936.  A young kid from Galicia named Moncho has a kindly teacher who (of course) supports the Republican government against the (of course) evil Nationalists.  Kindly old man befriends annoying little kid and teaches him about the beauty of life. This type of thing has been done many times before, and in much better films.  In this one, every leftist is portrayed as a saint, and every nationalist is portrayed negatively.  I wouldn’t mind this so much (it’s standard boilerplate) if there was an engaging storyline or characters that I cared about. Unfortunately, we get neither.

This engaging film was a real pleasure for me to watch, but might not be for everyone.  I have some connection with Korea, having studied there for a year in the 1990s.  During that time I traveled all over the country, including the famous “demilitarized zone” at the border with North Korea.  I have retained an interest in the region, and try to watch every documentary on North Korea that I can find.  There have been many good ones.  Vice News (back when Vice was good) did a very, very good travel series on the country when one of their reporters participated in a tour there.

The Propaganda Game does not really break any new ground, but it does remind us of certain unpleasant realities that many people would prefer not to know about.  No amount of camera work can conceal the fact that North Korea is a terrifying and depressing place; but even an insane asylum can look good when photographed from certain angles.

What makes this documentary especially chilling is the appearance of a Spanish propagandist and regime mouthpiece named Alejandro.  He’s one of those renegade foreigners that the regime uses to present itself to the world.  Listening to him prattle on about the virtues of a depraved totalitarian dictatorship that punishes the slightest transgressions with death tells us more about the nature of evil than any amount of moralizing by some foreign diplomat.  The North Koreans don’t know any better, having been exposed to nothing else.  But this Spaniard does, which is what makes his association with this evil and immoral government that much more despicable.

Modern North Korea is not really even a “communist” state in the traditional sense.  It more resembles a racially-obsessed totalitarian ethnostate where every hour of a person’s life is controlled from the cradle to the grave. This film teaches us that absolute despotism is alive and well in 2016.  When all is said and done, constant vigilance is a small price to pay for liberty and personal freedom.