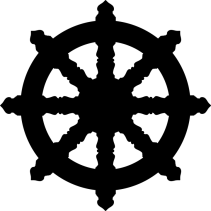 I read recently that a very rare animal was observed in the wild in the state of Iowa for the first time in over one hundred fifty years.  It is called a fisher; I had never heard of it before, but the biologists tell us that it is a predatory mammal related distantly to the mink and the otter.  The story reminded me of a similar one I had heard about some years ago, when a bird believed to have been long extinct was spotted in Arkansas.

It is reassuring to know that some old things are still with us, and that the modern world can be resisted in some small ways.  We find it unsettling to see “progress” expunge out beauty and life from the earth.  It is the same way with ideas.  Some ideas can lay dormant for a long time, quietly biding their time for more favorable conditions to reappear.  And when they do, they are appreciated all the more.  But it takes effort to keep ideas alive, just like it takes effort to preserve living things.  Ideas, like organisms, need favorable habitats, as well as observers to appreciate their existence.  When these conditions are not met, the ideas recede into the background, to hibernate until the veil of public ignorance has lifted.

The playwright Terence was wrong when he said in his Phormio (575) that “old age itself is a disease [senetus ipsa morbus est].”  The better view is that of Petrarch, who said that old age amounts to an affliction of the body, but not of the mind:  esse senectutem morbum corporis, animi sanitatem.  And as we have said already, ideas can be like organisms.  They may be old, but they still retain their vigor and truth.  Age cannot taint–cannot wither–their validity.  Old ideas need to be brought back and put into circulation, every now and then.  Certain assumptions underlying our modern social system need to be re-examined.  We are long overdue for a reconsideration of some of the assumptions we have been told since our earliest years.  I made up a basic list of some things I believe modern American society has neglected for too long.  It is not an exhaustive list; it is just a list of some things I see as important.

To prosper, man needs a sense of purpose, law and order, and a belief in himself.  If you want to cultivate a strong, healthy youth, you must give them these three things.  When I look at many young people today, they seem adrift, rudderless, and lacking in positive belief systems.  The idealistic man wants to embrace an order, a hierarchy, and an ideology that is greater than he is.  And once he finds this, he will defend it to the death.  A man cannot believe in himself unless he first believes in something greater than himself.  As Sallust says in Catiline (51.3): Ubi intenderis ingenium, valet:  “when you make use of your talents, good things happen…”

There should be less emphasis on individual rights, and more emphasis on the common good.  The era of unrestricted individualism is over.  It is no longer enough for someone to say that he has a right to do whatever he wants.  This contemptible concept of “I can do what I want as long as I am not hurting anyone” is a great evil.  Who will be the judge of whether you are “hurting someone” or not?  You? Unchecked greed and selfishness in our society masquerades as altruistic individualism; every man considers himself an emperor, and resents any control over his appetites.  It never occurs to him that his appetites are fundamentally insatiable, and that by submitting to the common welfare he brings himself peace of mind.

There should be a greater focus on obligations than on privileges.  Here it is the upper classes that have set tone.  The super-rich in America have abandoned their sense of social responsibility; the poor and the middle classes sense this, and resolve to do the same.  And the result is a chaos of individuals, all scrambling to get what they can before the resources run out.  It truly is a despicable scene.  The situation is so bad that even military journals are now using the term “plutocratic insurgency” to describe this phenomenon:

Plutocratic insurgency represents an emerging form of insurgency not seen since the late 19th century Gilded Age. It is being conducted by high net worth globalized elites allowing them to remove themselves from public spaces and obligations—including taxation—and to maximize their ability to generate profits transnationally. It utilizes ‘lawyers & lobbyists’ and corruption, rather than armed struggle—though mercenaries may be employed—to create shadow governance in pursuit of plutocratic policy objectives. Ultimately, this form of insurgency is representative of the challenge of 21st century predatory and sovereign-free capitalism to 20th century state moderated capitalism and its ensuing public welfare programs and middle class social structures. It can be viewed as a component of ‘Dark Globalization’ that, along with the emergence of criminal insurgency, is now actively threatening the public institutions and citizenry of the Westphalian state form.

In other words, the immoral plundering of the rich now constitutes a clear and present security threat to the well-being of our entire social system.

Parenting should be seen as a privilege, not a right.  For too long, having children has been viewed as some kind of “right” that should never be questioned.  And maybe this was not a problem in previous centuries, when land was plentiful and the world had much less population.  But we are reaching the point where society should not be burdened with the task of raising and rearing children if the parents are unable–or unwilling–to do it themselves.  Being a parent is a serious responsibility, not a frivolous part-time thrill.  Those not able to handle the task should not become parents.

Moral instruction is critical.  In previous ages, this function was performed by organized religions, family units, extended clans, trade associations, guilds, fraternal societies, and the like.  The rise of the all-powerful state has eroded all of these traditional structures, and has replaced them with nothing except hedonistic propaganda that does nothing but increase state control over the lives of citizens. People do not automatically understand what is “good” and what is not:  they must be trained by diligent study of classical texts, the lessons of history, and practical leadership.  They must be thrown into adversity of all types, so that they can test their mettle against that of others.  They must learn what it is like to both give and receive blows.  Those who have been properly instructed in these matters from their earliest years will not need to be told to avoid behavior that corrupts the mind or body:  they will sense it instinctively on their own.

Physical fitness is not just a matter of personal health, but a social obligation.  Just as no one wants to associate with morally depraved people, no healthy person wants to associate with someone who refuses to maintain his body.  There will always be differences in body types, but the pendulum of fitness has swung so far in the direction of degeneracy that it will take decades for the situation to correct itself.  In the meantime, all of society will have to bear the cost of human selfishness and greed.  He who fails to show any sense of respect towards his body directly insults his fellow-citizens; he is the epitome of selfishness and indolence.

When placed against the panorama of history, one man is nothing.  Man must begin to define himself by his cultivation of that ancient virtue (virtus) which molded the characters of so many great men before us.  To live a long life means nothing if that life is marked by subservience, weakness, and moral depravity.  Petrarch here tells us (how often do I lean on his wisdom!):

The greatest citadel of your reasoning [he wrote to a friend] is that I should try to live as long as possible, for the joy of my friends and mostly for the solace of your old age; because, as you say, you desire that I should live longer than you…

You want this, my brother, and some other friends also.  It is a pious wish, but one opposed to my own wishes.  For I want to die while you are in good health, and to leave behind me people in whose memory and words I will endure, by whose prayers I may be sanctified, and by whom I may be loved and longed for.  I think there is nothing so pure, nothing so welcome for those about to die, except for a clear conscience…

How would I want to live on among these current morals, which I am truly sad to see have gained currency?  And what about the even worse things, the deformed and obscene actions of the most selfish of men, which I berate often in my writings and speech, yet about which I lack the ability to express in words my grief of soul and sadness?  [Epistula ad Iohannem Boccaccium]

We are willing to work unceasingly towards our goals.  There is a story that the Roman emperor Maximin (A.D. 173-238) was told that he was already great enough, and that he should relax a bit.  His response was, “But truly, I will become even greater the more I work” (Ego vero, quo maior fuero eo plus laborabo).  We say the same. Our renaissance will take time, and will proceed in stages.  We cannot see the twists and turns in the road.  But we will create this new man, this new image, out of the crucible of our own will.  Ideas that have stood the test of time will always find ways of reasserting themselves.  And like the reticent fisher, recently seen in Iowa for the first time in one hundred fifty years, ideas of worth will find ways of emerging from the shadows when conditions are right, and will make themselves visible.  Until then, it patiently bides its time.

Read More in On Moral Ends: