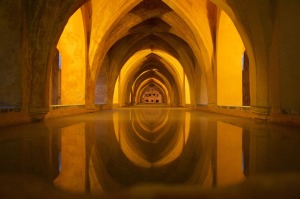 We turn now to those founts of wisdom who have lessons to teach us.  Abu Muhammad Ali Ibn Ahmad Ibn Sa’id Ibn Hazm (أبو محمد علي بن احمد بن سعيد بن حزم) is known to history as Ibn Hazm Al-Zahiri.  Born in Cordoba, Andalusia (Spain) in 994, he achieved enduring fame for his incredible intellectual achievements in a number of disciplines, including jurisprudence, theology, philosophy, and poetry.  He even composed a manual on love known as The Ring of the Dove (طوق الحمامة).  Here was a man of substance, a man who could appreciate the virtues of the passions as well as those of the mind.

According to Ibn Khallikan’s biographical portrait (my source for information in this article), Ibn Hazm’s ancestors originally came from Persia.  Our intrepid biographer says this about him:

His knowledge was of the most varied kind, and although he, as his father before him, had held an exalted post in the vizirate and the administration of the empire, he manifested the utmost deference to worldly advantages.  His profound humility equaled the greatness of his talents; the number of works composed by him was very considerable; and, possessing a large collection of books, formed by himself, on the Traditions, traditional information, and original subjects, he had also a memory richly stocked with such information as could only be supplied by oral transmission.[1]

Most of his works have been lost to history.  My source for the anecdotes in this article is of course Ibn Khallikan, and I believe he himself took the anecdotes from one of Ibn Hazm’s lost works called Niqat al-Arus (نقاط العروس) or “Trifles of the Bride.”  Lost works are the torment of the historian, and the amusement of Fortune.  Another source Ibn Khallikan used was the work of the scholar Al-Humaydi (1025–1095). 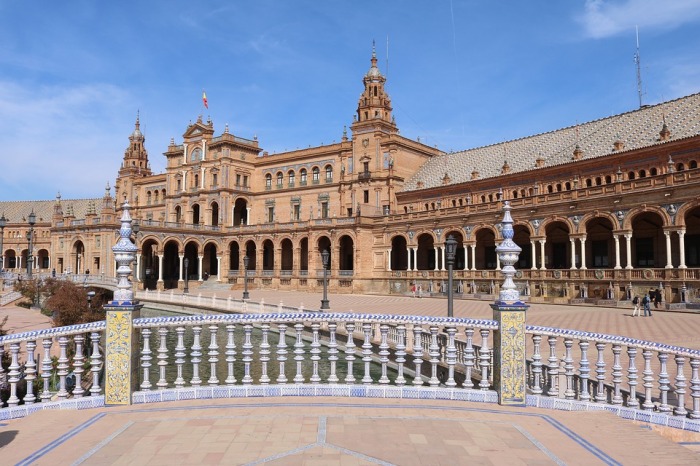 One of Ibn Hazm’s favorite sayings–one he inherited from his father–was the following line, which could have come from the pen of a Roman Stoic:

If you wish to pass your life in wealth, adopt such a mode of life as will not cause you discontent if reduced to an inferior station.

In other words, do not be too attached to material possessions.  Al-Humaidi records the following story in his work Extracts on the Learned Men of Andalusia ( جدوة المقتبس في تاريخ العلاماء الاندلس), a collection of anecdota about the scholars of Spain which Al-Humaidi wrote entirely from memory.  Men in medieval and ancient times had better memories than we moderns; memorizing large amounts of information was then part of the educational process.  In any case, here is the story.

Ibn Hazm’s father served the Spanish Umayyad vizier Abu Amir Al-Mansur (938-1002).  His name is Spanish is given as Almanzor.  One day, Al-Mansur was attending a public gathering (as leaders commonly do) with his attendants and security detail at his side.  He was unexpectedly approached by an old woman who was trying to petition him for the release of her son.  The son had been jailed for some offense.  Al-Mansur took the petition and scanned his eyes over it.  When he had finished, he exclaimed, “By God, now I remember this man.  You have reminded me of him.” Now seething with anger, he wrote on the petition that the man should be crucified.  The Arabic word he intended to write was يصلب, which means (in its passive form) “let him be crucified.” 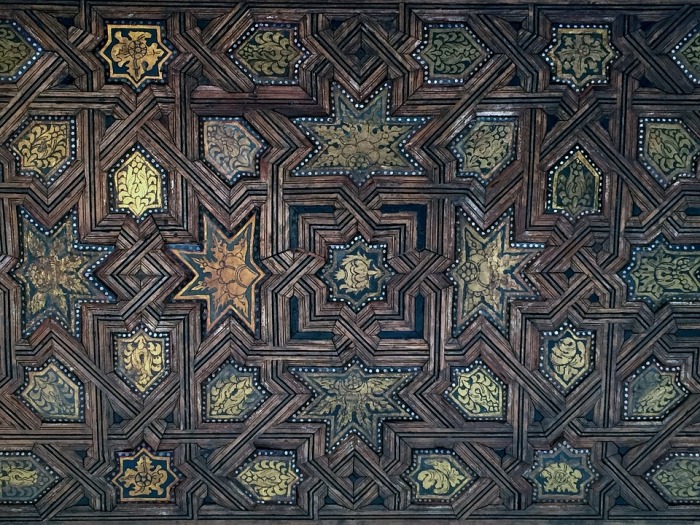 But the same thing happened again, to the vizier’s mounting rage.  By the time the paper made it to the guards, it had somehow become a release order.  The word  يصلب had again been transformed into the word  يطلق.  Whether this was due to Al-Mansur’s hand, or to the intercession of another’s, no one could tell.  When the vizier was confronted with the changed word for the third time, he said:

Be it so.  Let him be released in spite of me.  When God wills that a man should be set free, I have no power to stand in his way.

So it was done.  The anecdote is meant to illustrate the importance of mercy and forbearance in our dealings with others.

Another tale along these same lines is told regarding Ibn Hazm’s son, whose name was Abu Rafi Al-Fadl.  He was working for the most powerful of Spanish leaders at the time, Al-Mutamid Ibn Abbad, whose court was at Seville.  One day the caliph called in some of his trusted advisors (of which Al-Fadl was one) and put to them this question:

I have lately become suspicious of one of my uncles, Ibn Ismail Ibn Abbad.  I suspect he has been plotting against me.  Are any of you aware of a caliph who has executed an uncle for conspiracy against a caliph?

Al-Mutamid was looking for some precedent or justification for putting his uncle to death.  At this point, Al-Fadl was brave enough to step forward and say:

May God’s assistance never fail you!  We know of none who put his uncle to death for conspiracy against him, but we know of one who pardoned his uncle who had revolted against him.  It was Al-Mamum, specifically, who forgave Ibrahim Ibn al-Mahdi.

When everyone heard this, the court fell silent.  Making such pronouncements to a ruler was always a risky proposition.  But when the caliph heard the statement, he was greatly relieved.  Ibn Khallikan’s text tells us that the caliph “kissed him [Al-Fadl] between the eyes.” He threw his arms around Al-Fadl, embraced him, and then ordered that his uncle should be treated with respect and courtesy.  Thus did the caliph demonstrate the importance of mercy and forgiveness in dealings with others.

We are told by Ibn Khallikan that even though Ibn Hazm was a man of incredible ability, he made many enemies because of his ceaseless disputes with political officials over various matters.  It is a pattern that is not without precedent in history.  He is said to have quarreled with so many people that eventually no one wanted to deal with him.  The sovereigns of several Spanish principalities removed him from his official positions.  Ibn Hazm retired to the town of Labla (now Niebla) in Andalusia, and died there in June of 1012.