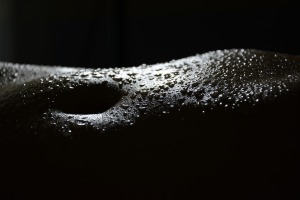 It is an unhappy fate for a philosopher to be known to posterity only through his enemies.  Quotes may be taken out of context, writings may be warped or obfuscated, and conclusions may be cherry-picked to present a picture far out of accord from the writer’s original intention.  We do not know if this is precisely the fate of the Chinese philosopher Yang Zhu (440-360 B.C.), but one suspects that if more of his writings had come down to us, we might have a more favorable view of his doctrines.  But we have what we have, and this does not exactly inspire man’s noblest sentiments.  Or does it?  Each reader will have to judge for himself.  It would be wrong to ignore him, even if we disagree with his doctrines.

He shared much in common with the Cyrenaic school founded by Aristippus of Cyrene, whom we spoke of in Thirty-Seven.  According to Yang Zhu, moralists like Confucius and Mozi (468-391 B.C.) were deluding themselves when they said that man’s goals should be wisdom and virtue.  The brutal truth, he believed, was that the self-serving and the wicked often live more enjoyable lives than the good; everyone dies in the end, and it is better to extract as much enjoyment from this brief life as possible than to fret about goodness and virtue.  When we are dead, our bad reputations will matter nothing to us.  To illustrate his point, he is supposed to have said the following:

All agree in considering Shun, Yu, Chou-kung and Confucius to have been the most admirable of men, and Chieh and Chou the most wicked…[and] these four sages, during their lives, had not a single day’s joy.  Since their death they have had a fame that will not last through myriads of ages.  But that fame is what no one who cares for what is real would choose.  Celebrate them–they do not know it.  Reward them–they do not know it.  Their fame is no more to them than to the trunk of a tree, or a clod of earth.

[Yet] Chieh came into the accumulated wealth of many generations; to him belonged the honor of the royal seat; his wisdom was enough to enable him to set at defiance all below; his power was enough to shake the world.  He indulged the pleasures to which his eyes and ears prompted him; he carried out whatever it came into his thoughts to do.  Brightly came he to his death.  Of all mortals never was one whose life was so luxurious and dissipated as his…[Chou did the same thing]…

Morality in his view was an illusion, and relative; the true object of life was to enjoy pleasures, since all of us are slowly dying anyway.  His view of the world could be summarized in his three-word maxim:  “Each for himself.”  Religion was something a man could take or leave; it did not really matter, since death foreclosed everything.  As long as a man’s pursuit of pleasure does not cause his own ruin, there is no reason not to devote all one’s energies to this pursuit.  Such views earned him the angry denunciation of Mencius, who fumed:

The words of Yang Zhu and Mo Ti fill the world.  If you listen to people’s discourses about it, you will find that they have adopted the views of one or the other.  Now Yang’s principle is “Each for himself”–which does not acknowledge the claims of the sovereign [i.e., the ruler].  Mo’s principle is “To love all equally”–which does not acknowledge the peculiar affection due to a father.  To acknowledge neither king nor father is to be in the state of a beast.  If their principles are not stopped…their perverse speaking will delude the people…I drive away their licentious expressions, so that such perverse speakers may not be able to show themselves.[2]

What are we to make of Yang Zhu?  Is he right?  Is life nothing more than a quest for pleasure, followed by nothing but a corporeal death?  Even Epicurus was attacked in his lifetime (and after it) by those who never bothered to learn the fullness of his thought, or by those who unduly emphasized the “pleasure” component of his philosophy.  As an intelligent man, Yang must have seen that no society that adopted his views would long survive:  hedonism takes social stability for granted, and depends on it.  Too much hedonism corrupts society and brings about its ruin, plunging everyone into a desperate struggle for survival.  And this in turn prevents the pursuit of any hedonistic joy; in such ways does pleasure bring about its own demise.

And yet despite all this the weary chaser of virtue suspects, deep in his heart, that there may be something to Yang Zhu’s ideas after all.  It is not easy to live a good life; one wonders at times whether it really is worth it.  This is natural, of course.  But no matter how difficult the road is, we must remind ourselves that history and experience is on the side of Confucius and Mo Ti, not on that of Yang Zhu.  It is easy for Yang to cite examples of rich hedonists who lived lives of extravagance and indolence; but how many uncounted hedonists died of alcoholism, drug overdoses, exhaustion, or sexual excess?  Has any centenarian attributed his longevity to the unrestricted pursuit of sybaritic pleasure?

Yang and the selfish hedonists of our own day think they have the world’s riddles solved.  They believe they are freeing themselves, when in fact they are only forging their own chains, link by link, and yard by yard.  In the end, it is Yang who is the deluded one:  there is always a price to be paid for one’s conduct. This law has no exemptions.  The exhausting pursuit of pleasure for its own sake condemns a man to walk a permanent treadmill, leaving him more and more empty, weak, and bereft of humanity.

Here again I can do no better than to fall back on my blessed friend and companion Petrarch.  In a letter to one Nicolas Sigeros, he says:

The actions of men imitate what is in their hearts, and the quality of what each man may be is seen from the nature of his actions.[3]

He whose mind is consumed with the basest of things, will be nothing but base.  He who directs his gaze to those celestial lights will aspire to great deeds, and will perceive the grandeur inherent in all aspects of creation.  In a later letter to Boccaccio, he reminds both him and us:

The wise man masters himself when he obeys God, and looks to him to direct the ship of life by the rudder of rational thought.  He neither wants to rule the stars, nor can he do so, for there is only One ruler over stars and men.  The wise man is mindful of this and is happy to be free from others and to work for Him.  I say he seeks to rule neither heaven nor the earth on which he lives.  It is enough for him to make use of it.[3]

3 thoughts on “The Hedonistic Philosophy Of Yang Zhu”