Skip to content
HomeSometimes One Must Speak In An Indirect Way 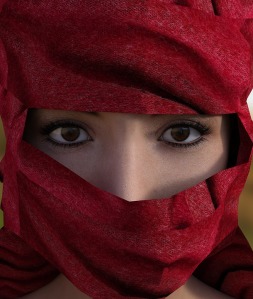 There are times when one’s communications must be protected from the unwelcome attentions of third parties.  The richness of a language’s vocabulary, and its embedded metaphors and cultural allusions, are powerful assistants to this end.  I was recently reminded of this when reading an anecdote related by that most colorful of biographers, Ibn Khallikan.  We have related many of his stories and wise sayings here in past articles.  The story I am about to relate here is linguistically oriented; it can tell us much about the power of speech in the hands of those who can deliver it with nuanced subtlety.  It will be of interest to any enthusiast of language, philology, and culture.

This story is found in Ibn Khallikan’s biographical sketch of the life of the grammarian and philologist Abu Abdallah Al-Yazidi.  His birth date is not given, but he died in October of 922 A.D. at the age of eighty-two and three months.  He is said to have belonged to the tribe of Adi Ibn Abd Al-Manat (Al-Adawi), and authored numerous works on language and rhetoric.  In his day it was believed that the purest form of Arabic was spoken by the bedouin of the desert, who were supposed to be uncorrupted by contact with sedentary city-dwellers.  It was considered almost obligatory for a scholar to spend some time interacting with the bedouin in order to acquire knowledge of their classical style of speech.  Al-Yazidi did just this, and was able to acquire a thorough knowledge of “pure” Arabic, as well as many amusing and interesting anecdotes told by the bedouin.

The following story is one such anecdote.  There was once a desert Arab who was smitten with the beauty of a woman in his region.  As a gift, he decided to send her thirty sheep and an animal skin filled with wine.  Animal skins, of course, were used as vessels for carrying water and other liquids.  The man sent one of his servants to deliver the gift to the woman.  Along the way, however, the servant drank some of the wine, and killed and ate one of the sheep.  This had been strictly forbidden, of course. 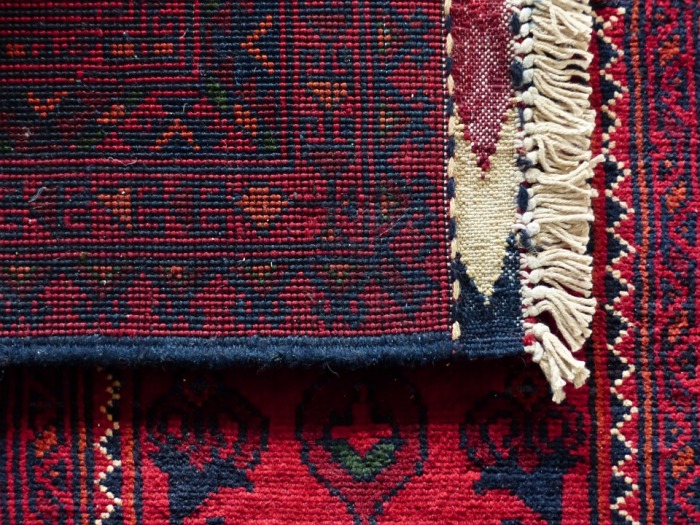 When the servant arrived with the items, the woman could sense from the servant’s demeanor that something was wrong.  She, wise in the ways of human nature, sensed what he had done.  As the servant was leaving to return home, he asked the woman if she had any message to convey to his master (the man who had sent her the gift of sheep and wine).  She told the servant to convey this message:

Give your master my salutation, and tell him that our month was mahaaq (محاق).  Tell him also that Suhaim, the keeper of our sheep, arrived here with a bloody nose (marthum, مرثوم).

This cryptic message made no sense to the servant, but he dutifully carried it back to his master.  When the master heard it, it immediately made sense to him.  He seized a cane and threatened the servant with a beating unless he revealed what he had done.  The servant did so, and the man pardoned him with a peal of laughter.

What was the meaning of this strange communication from the woman to her suitor?  We must analyze the Arabic words to find out.  It is a message of real sophistication:

The reader can be assured that it was not an easy task to decipher the precise meaning of the woman’s message.  The words and their nuances of meaning are archaic.  I consulted three authoritative lexicons of modern written Arabic (Al Munjid, Al Mawrid, and Hans Wehr’s dictionary of modern written Arabic), but none of them contained the words ratham or marthum.  This seemed strange to me, but apparently the usage is so antiquated that it can only be found in the classical dictionaries.  But consultation with a native speaker of the language confirmed that these meanings, while very arcane, are valid.  For those who are interested, the meaning of ratham is confirmed below in blue: 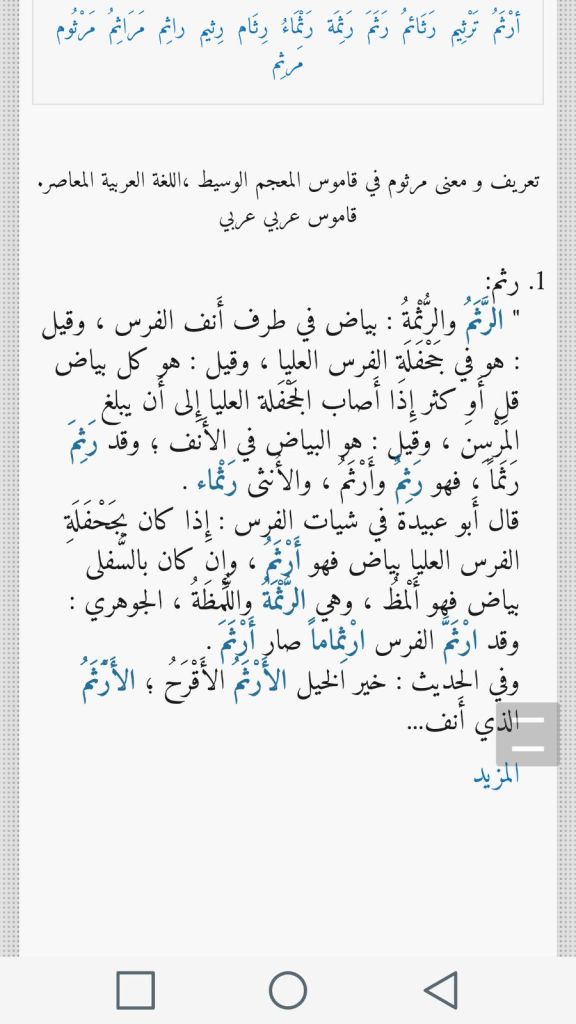 All languages have such subtleties of vocabulary and metaphor.  The greater one’s mastery of these things, the more effective will be his or her communication.  For in life it is not always possible to speak openly or candidly.

2 thoughts on “Sometimes One Must Speak In An Indirect Way”