Skip to content
HomeRemoving The Veils Of False Modesty: The Life-Affirming Philosophy Of Al-Salami

The name Muhammad al-Salami (محمد السلامي) (A.D. 948–1003) is nearly unknown in the West, but occupies a prominent position in medieval Arabic poetry.  The genius of his metaphors, the richness of his turns of phrase, and the elegance of his diction can be felt even through the fog of translation; and we will do our best to pay him homage here.  The anthologist Abu Mansur al-Tha’alibi called him:

[I]ncontrovertibly the best poet of Iraq.  And his right to that rank is sufficiently evinced by his merit. The opinion which we have expressed concerning him is supported by a sure testimony, that of his poems; and the beauties of his compositions which we have here inserted are a delight for the eye, a charm for the heart, and a satisfaction for the mind. [Trans. by M. de Slane, III.119].

He was born in Baghdad in 948 and at some point in his youth moved to Mosul.  Like many great poets, he showed promise at an early age; his biographer Ibn Khallikan, perhaps with oriental hyperbole, claims he began composing verses at the age of ten.  Poets in those days engaged in verbal battles with each other, much like modern rappers duel with each other in “freestyle” competitions.  Al Salami was a master of the insult and the invective, and if provoked, he could deliver a withering barrage of verbiage.  On one occasion a competitor named Al Tallafari tried to denigrate him; Al Salami responded with these brutally vulgar lines, of which Aristophanes would have been proud:

Al Tallafari aspired to my friendship, but the soul of a dog would despise such friendship as his.  His character is repugnant to mine, and my actions scorn to be joined with his.  My noble art comes from my mouth, but his worthless art is found in his ass…and I am not the right man to try to penetrate this.

His biographers tell us that at one point he visited the court of Al Sahib Ibn Abbad in Isfahan (in Persia), and recited a poem that contained the following sublime verse:

We abandoned ourselves to sin, when we found that forgiveness was the fruit of crime.

This line encapsulates the same thought expressed by the caliph Ibn Ma’mun, who once said, “If criminals knew what pleasure I take in pardoning them, they would strive to gain my favour by committing crimes.”  Also similar is line by the famed hedonistic poet Abu Nuwas, who announced, “You shall gnaw your hands with regret, for the pleasures which yon avoided through fear of hell.” 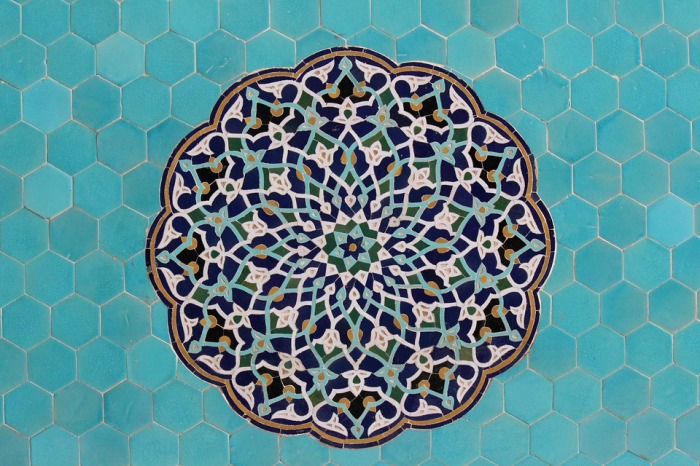 One of the best anecdotes about Al Salami concerns the time he visited the court of Adud Al Dawlat lbn Buwaih at Shiraz in Persia.  For this visit, he was given a letter of recommendation to be presented to one of Ibn Buwaih’s ministers.  This document without doubt ranks among the most refined and elegant letters of recommendation ever written.  The text is as follows:

Your lordship knows that the traders in poetry are more numerous than the hairs of the head, and that those persons are much less so whose jewels, when offered as presents, can be confidently taken as the workmanship of their own genius, and whose embroidered tissues, when presented to a patron, can be considered as wrought on the loom of their own imagination.  Now, among the persons whom I have put to the test and approved, whom I have tried and chosen, is Muhammad Al Salami, the originality of whose talent surpasses expectation and hastens on in the career of excellence, tempting the ear to hearken with attention to his compositions and the eye to peruse them.

Mounted on the steed of hope, he is induced to visit Your Excellence, in the expectation of being admitted into the band of his fellow-poets and attracting notice by sharing their good fortune. I have, therefore, dispatched to you, in his person, the emir of poets, escorted by the train of his accomplishments, and I have adorned that vigorous courser of eloquence with the harness which becomes him.  This, my letter, serves him as a guide towards the regions watered by the showers of liberality, or rather as a conductor towards the ocean of beneficence.  Therefore, if your lordship judge proper to take into consideration these words of mine in his favor, and to let them be the means of procuring your consent to his wishes, you will, I hope, execute what you resolve.  [Trans. by M. de Slane]

What eloquence!  We are told that, once Al Salami arrived in Shiraz, he recited these excellent verses to the king:

To reach you, a man who made the sight of your palace the term of his camel’s journey, crossed the wide-extended desert.  I, my courage in the depths of darkness, and my sword, were three companions united like the stars of the constellation of the eagle.  I encouraged my hopes with the sight of a king who for me would replace mankind, of a palace which for me would be the world, and of a day of meeting which for me would be worth an eternity.

The prince (Adud Al Dawla) was greatly impressed by the poet.  For him the poet composed a large number of works; among many great passages, the lines below stand out for their unashamed advocacy of life’s pleasures.  They encapsulate the poet’s views of life better than any other passage:

I roused my boon companions as the dog-star passed above us, and the moon in the expanse of heaven seemed like a pond in the midst of a meadow.

“Awake!” said I,  “Hasten to drink of generous wine, for this world is a mere illusion!”

The spy now sleeps from fatigue, and pleasure has awakened!  Satan prompted us to sin, and we all declared him an excellent counsellor.

We lay prostrate on that battle-field of pleasure which is shunned by vultures and beasts of prey.

The blooming flowers of our meadow were female cheeks, and female waists were its pliant shrubs.

The enjoyments of life are always best bidden when the veils in which false modesty shrouds us are rent away.

The cup-bearers passed the goblet around, and offered it to the guests, as the falcon offers the game to the sportsman.

The virgin liquor comes disguised by the admixture of water, concealed in it as the soul is concealed in the body.

The red surface crowned with bubbles seems like a cheek receiving a kiss.

We, at length, sunk in prostration, but we had then before us the chords of the lute for our imam to direct our devotions.

Al Salami believed that life should be enjoyed to the fullest, and that to do so, we must remove what he called the “veils of false modesty.”  The key line in the passage above, it seems to me, is this one:  The enjoyments of life are always best bidden when the veils in which false modesty shrouds us are rent away.  I doubt whether Epicurus could have said it any better.

One cannot begin to love until those false masks of modesty are removed to expose the natural patina of sincerity that lies beneath.  So it is in the creative process as well:  we cannot begin to express ourselves artistically until we set aside those crippling inhibitions, and strike out into uncharted lands.

Outdoor gym near Ipanema Beach in Rio de Janeiro. I've been here many times over the years. You don't need a lot of fancy equipment to stay in shape.