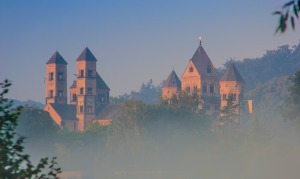 The Renaissance humanist Poggio Bracciolini wrote a fascinating letter to his close friend Niccolo Niccoli in May of 1416 while on one of his book-hunting expeditions to remote monasteries Germany.  While in Germany he had an opportunity to visit the baths near Kaiserstuhl, and he has left us a detailed description of the experience.

On the first day of his journey, he traveled twenty-four miles along the Rhine to reach the town of Schaffhausen, and from there he continued on foot for another ten miles to reach a castle called Kaiserstuhl.  Poggio believed that it must have once been a Roman camp, since it occupied a favorable vantage point overlooking the river.  From here he reached the town of Baden; and about half a mile from this town was a villa which contained a collection of baths.  There were both public and private baths, and they numbered about thirty in all.  The baths were also segregated by social class, and a fence separated the men from the women.

It is comical to see decrepit old women as well as younger ones going naked into the water before the eyes of men and displaying their private parts and their buttocks to the onlookers.  I have often laughed at this extraordinary sight, calling to mind the carnival, and I have privately wondered at the simplicity of these people who do not stare, suspect evil, or speak it. [Trans. by P.W. Gordan] 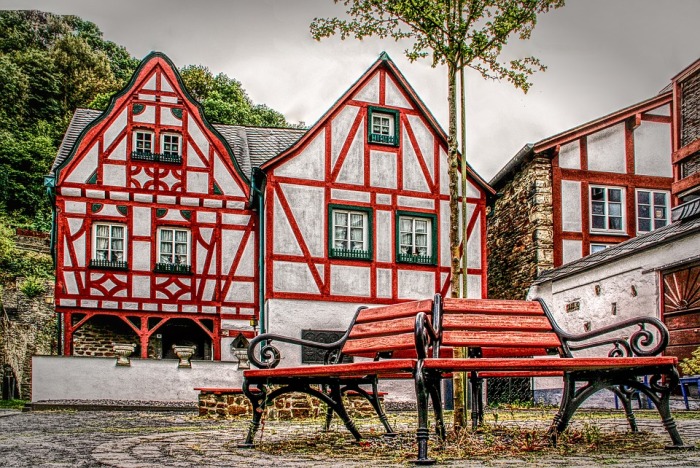 Inside the private houses were other baths where men and women would congregate and have drinks together; and above the bathing pools were walkways where bathers could stand and “gossip,” as he says.  Anyone in attendance could be seen naked by anyone else, and it was not a problem or cause for concern.  What is amusing about these passages in Poggio’s letter is to take note of the cultural differences on display; here Mediterranean conservatism is sharply contrasted with the more frank bodily attitudes of the northern climes.

In many places the entrance to the baths is the same for men and women, so that it often happens that a man and a half-naked woman or a woman and a naked man come face to face.  The men wear nothing but a leather apron, and the women put on linen shirts down to their knees, so cut on either side that they leave uncovered neck, bosom, arms, and shoulders.

In the baths people would gather to have picnics or drinks, “with the tables floating in the water.” Poggio was asked to attend such a picnic in the baths but says he did not feel comfortable doing so; the reason was not due to the nakedness of the bathers, but because (he says) he could not speak German.  According to him, the Germans considered “undue modesty” at the baths to be a “sign of cowardice or provinciality.”  A man was hardly considered worth anything if he was afraid to be seen naked in front of others.  Here I can say that I noticed this same attitude in the public baths of Japan and Korea, with which I have had much personal experience.  Poggio says that he had two other male friends with him who had a good time at the baths; but as for himself, he could not feel at ease.  “For me it seemed ridiculous that a man from Italy, ignorant of their language, should sit in the water with a lot of women, completely speechless, while the day was wasted by everyone’s drinking and nibbling.” 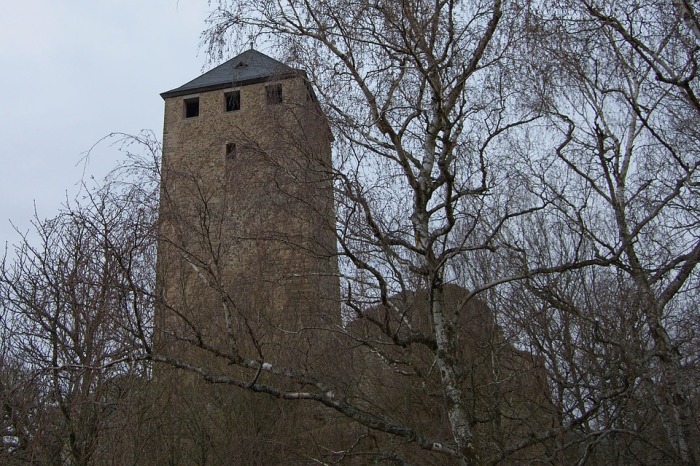 Poggio tells us that men could see their wives being “handled” by strangers and were not at all disturbed by it.  Some of the bathers visited the pools three or four times per day, singing, dancing, and drinking.  The young German women particular fascinated Poggio.  Here he describes an evocative scene:

It is very pleasant to see girls already ripe for a husband, already of marriageable years, good-looking and well-born and in manner and form like a goddess; for when they play on instruments, they draw their clothes slightly behind them [to display their bodies?], floating along the top of the water, until you might think they were winged Venuses.  It is customary for the women, when men gaze down on them, to ask the men in fun for alms.  And so the men throw down pennies, especially to the prettier women, which they catch sometimes in their hands, and sometimes in their outspread clothes, pushing one another, and in this game they even sometimes uncover more hidden parts of their bodies.

Poggio himself was more than willing to toss pennies in this game.  Near the baths were fields where other games could be played.  A kind of ball-game was played where men and women would throw around a ball “full of bells” to one another; the first person to catch a ball thrown to a group was considered the winner.  One can imaging what other types of Epicurean games would have inevitably been played, but our humanist does not describe them.  He says that many people, both nobles and common folk, would travel up to two hundred miles to visit the baths, and that it was a form of recreation for them.  Beautiful women would appear in their best clothing, some even with maids and valets.  Everyone’s goal was to “flee from gloom” and seek enjoyment.

Poggio’s experience at the baths prompted moments of philosophic reflection.  He found himself regretting his own countrymen’s habits of jealousy, calumny, and scandal, and wishing his people could learn to enjoy life with a bit more ribaldry.  “I often envy them their calm and I hate our perversity of spirit, for we are always searching, always hunting, always turning sky, earth, and sea upside down in order to make a fortune, content with no gain, appeased by no money.”  Perhaps it is so.  But I could not help thinking, after reading Poggio’s letter, that every traveler thinks these thoughts when experiencing the customs of another country for the first time.  It is only our own delusion to believe every other group of people is having more fun than we are.  The truth is that all are struggling to balance the responsibilities of life with those pleasurable diversions that relieve our omnipresent toils.  For me the real value of Poggio’s letter was the light it cast on how life was actually lived in the late medieval period.  It is comforting to know that the average person in 1416 was just as concerned with trying to enjoy life as we are now.  Then, as now, the average man went about his life and work, and indulged in as much extravagance and play as his economic circumstances and geographic mobility would allow.  Plus ça change, plus c’est la même chose.