Skip to content
HomeComing In 2019: A New Translation Of Cornelius Nepos’s “Lives Of The Great Commanders”

Fortress of the Mind Publications is pleased to announce that 2019 will see the release of the first  illustrated, annotated translation of Cornelius Nepos’s Lives of the Great Commanders to appear in modern English.

The Roman writer Cornelius Nepos (c. 110 B.C.—25 B.C.) was one of the first biographers in the Western tradition.  His Lives of the Great Commanders presents unforgettable and entertaining sketches of some of the most famous statesmen of antiquity.  Written with a strong moral purpose, his book was taught and studied in schools for many centuries.  Through him we learn what character traits made his subjects great, and what shortcomings led to their downfalls. 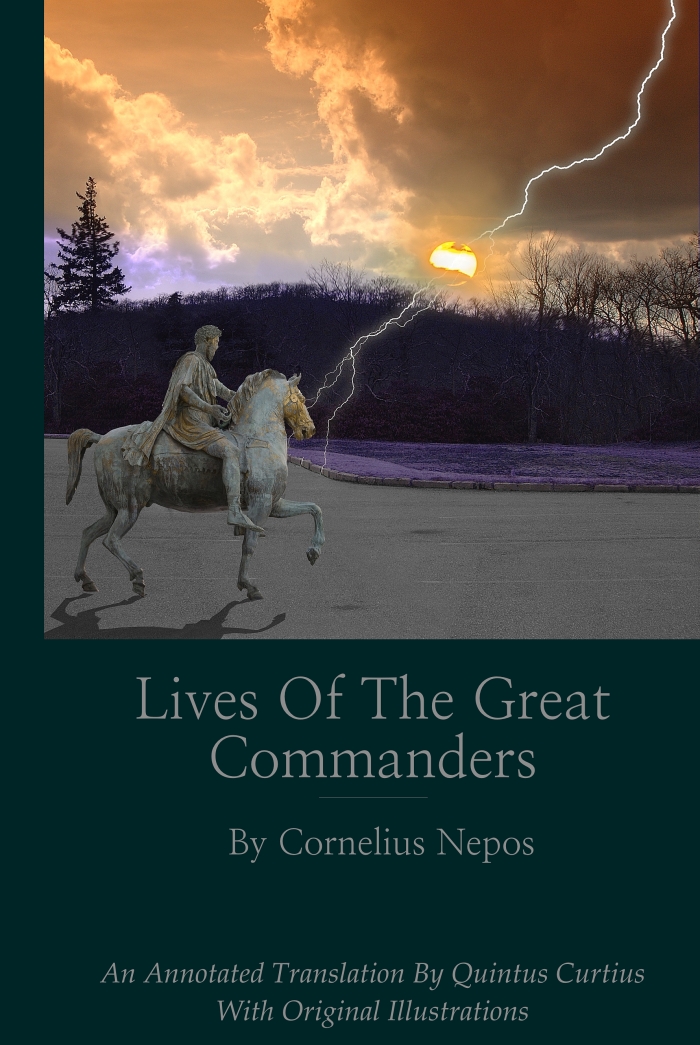 Nepos’s instructional biographies have never been more needed or relevant than today.  Lives of the Great Commanders was once a mainstay of the Western educational curriculum.  With the tragic abandonment of the traditional curriculum, Nepos’s work has fallen into obscurity since the early 20th century, and it is now almost unknown outside of specialist circles.

This lavishly illustrated translation is the first edition of Cornelius Nepos to appear in many decades, and is specifically designed for the modern student and general reader.  It contains compelling original artwork by artist Caleb Jordan Schulz, who was commissioned to provide the portrait sketches for the translation.  His talents add a wonderfully personal dimension to the translation.  Some examples are shown below:

Other illustrations include maps and engravings.  Lives of the Great Commanders will be ideal for home schooling, recreational reading, or for anyone wishing to obtain a basic picture of some of the major military figures of antiquity.  As stated earlier, one of Nepos’s major goals was something entirely lacking in today’s educational system:  training in morals, virtue, and character.

Quintus Curtius’s previous translation work includes Cicero’s On Moral Ends, On Duties, and Sallust’s Conspiracy of Catiline and War of Jugurtha.  This translation of Cornelius Nepos features his characteristic attention to detail, accuracy, and lucid English prose, and is intended to revive interest in this forgotten classic.

With extensive annotations, foreword, detailed introduction, maps, portrait art, other illustrations, and a complete index.  This translation will be offered in paperback, hardcover, audio, and Kindle versions.

Read other translation work by Quintus Curtius in On Duties:

16 thoughts on “Coming In 2019: A New Translation Of Cornelius Nepos’s “Lives Of The Great Commanders””

Most Guys do not appreciate angry Spanish women. Very attractive.