Skip to content
HomeHow Pompey Cleared The Mediterranean Of Pirates 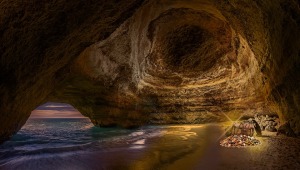 The Mediterranean became infested with pirates as a direct consequence of Rome’s Mithridatic Wars.  Around 88 B.C. Mithridates VI of Pontus went to war against the Romans and moved into the province of Asia Minor.  He took what plunder he could, and apparently decided that an effective way to wage irregular warfare against the Romans would be to encourage pirates to attack Roman shipping lanes.

But as often happens, it proved to be impossible to stop check this virus of robbery and murder once it had been let loose.  Even after the Romans defeated Mithridates, the pirates did not pack up and go home; having had a taste of freedom and adventure, they found it was more profitable to steal than to go back to their old occupations.  Soon they were sailing in squadrons of ships, even choosing “fleet” captains among themselves, and raiding small towns all over the eastern Mediterranean.  The historian Appian says (XII.14) that they even recruited artisans expert in the use of iron, timber, and brass.  They chose as their lair the province of Cilicia on the southern coast of Asia Minor, a place they called Tracheia (“craggy”).  Soon their numbers had increased from a few thousand to tens of thousands, according to Appian, and their reach extended all the way to the Pillars of Hercules (i.e., the Straits of Gibraltar).  “No sea could be navigated in safety,” says Appian, “and land remained untilled for want of commercial intercourse.”

To the Romans this situation soon became intolerable.  Commercial shipping could not function properly, and prices for foodstuffs and other commodities began their predictable rise.  But what to do?  This was an enemy unlike any the Romans had encountered before.  It was in many ways like the modern scourge of terrorism:  the pirates had no ideology except profit, of course, but they were diffuse, difficult to find, and highly decentralized.  But when the coast of Italy itself began to be raided–especially the coasts near Etruria and Brundisium–action could no longer be postponed.  The Romans assigned the distinguished general Gnaeus Pompey in 67 B.C. the task of solving the problem once and for all.  He was given power over the entire Mediterranean Sea, as well as inland a distance of 400 stadia from the coast.  Soon Pompey had raised an army of 120,000 men with 4000 cavalry, along with 270 ships.

Pompey’s “counter-insurgency” technique involved dividing the sea into sectors and making each of the 25 legati (assistants given the rank of praetor) assigned to him responsible for a specific area.  He instituted coordination among the different sectors.  One of the ways the pirates had been allowed to thrive was that, once driven out of one area, they could easily slip into another unpatrolled area.  According to Appian, Pompey divided up the western Mediterranean as follows:  Tiberius Nero and Manlius Torquatus were given Spain; Marcus Pomponius was given the waters of Gaul and Liguria; Lentulus Marcellinus and Publius Atilius were given the regions near Africa, Sardinia, and Corsica; and the coast of Italy was given to Lucius Gellius and Gnaeus Lentulus.  The eastern Mediterranean was similarly divided into various regions commanded by Pompey’s legati, in the following way:

Sicily and the Adriatic:  Assigned to Plotius Varus and Terentius Varro

Greek island and the Aegean Sea:  Assigned to Lucius Lollius

Bithynia, Thrace, the Propontis and the mouth of the Euxine:  Assigned to Publius Piso

The advantage of this “sector” method was that if a pirate force were driven out of one area, they would immediately be hammered by a force from another area.  They were unable to rest and recuperate.  Pompey himself made a tour of the entire region to make sure each man knew his responsibility.  He inspected the western region in forty days, and took about the same amount of time to tour the eastern regions.  The pirates had observed these preparations and originally thought they might be able to attack Pompey and demoralize him; but it soon became evident that the pirates were being squeezed in a vice-like grip.  They could not leave their lairs without running a high risk of being captured and executed.  He then moved against their main bases in Cilicia.

Many of the strongholds there surrendered without a fight; pirate supplies were burned or confiscated, and those caught were told to go back home.  He seems to have chosen a policy of leniency:   “Pompey…sent the pirates back to their respective countries.  Many of them there found their own cenotaphs, for they were supposed to be dead.  Those pirates who had evidently fallen into this way of life not through wickedness, but from poverty consequent upon the war, Pompey settled in Mallus, Adana, and Epiphaneia, or any other uninhabited or thinly peopled town in Cilicia Tracheia.” (XII.14). 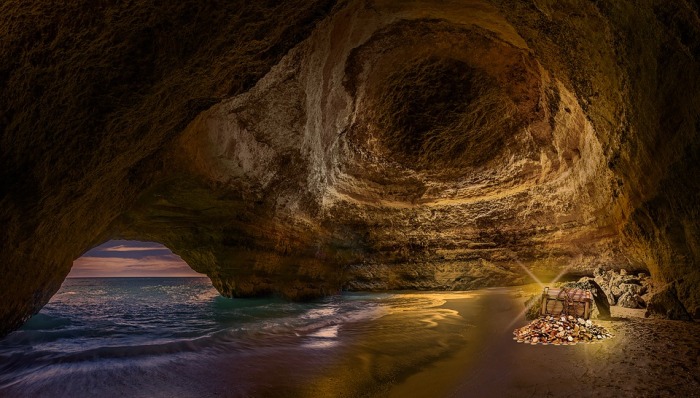 Thus the war against the pirates was concluded.  Pompey had captured seventy-one ships and had had 306 turned over to him by surrender; and about 10,000 pirates had been killed in various engagements with the Romans.  Every victory seems easy in retrospect, of course.  But the campaign against the pirates was successful for very specific reasons.  They are as follows:  (1) deployment of sufficient forces to deal with the threat; (2) assignment of specific sectors of operation to local commanders, with each one made responsible for what happened in his area; (3) relentless pursuit of fleeing pirates so that they could not rest or hide; (4) a policy of “paroling” captured pirates and allowing them to return to their homes provided that they swore to abandon crime; (5) execution of the worst offenders; and (6) the capture of the main pirate strongholds in Cilicia.  All of these factors implemented simultaneously meant that the campaign was successful.  Counterinsurgency campaigns today employ precisely the same tactics, with emphases on different factors as the situation dictates.

2 thoughts on “How Pompey Cleared The Mediterranean Of Pirates”