Yahya Ibn Khalid (يحيى بن خالد‎) was an influential figure during the tenure of Abbasid caliph Harun Al-Rashid.  We do not know the precise date of his birth, but he was the son of Khalid Ibn Barmak, a member of the powerful Persian family known as the Barmakids.  The third Abbasid caliph, Al-Mahdi, tasked Yahya Ibn Khalid around 778 A.D. with the education of his son Harun.  Yahya must have perceived the seeds of greatness in the young Harun, for he tried to convince the fourth Abbasid caliph Al-Hadi to elevate Harun to a high position of leadership.  This was a mistake.  Al-Hadi had his own son in mind for the position, and so tossed Yahya into prison; but Fate would eventually smile on Yahya.

Harun was eventually made caliph, and he turned out to be perhaps the greatest of all the Abbasid rulers; he released his former tutor from jail, and made him a trusted advisor and vizier.  It was a mark of Harun’s respect for his teacher that he always referred to Yahya as “father.”  This lasted, says Ibn Khallikan, “until he [Harun] overthrew the Barmakids.  Being then irritated against Yahya, he imprisoned him for life [in 803 A.D.] and put to death his son Jaafar.”  Then as now, being too close to the throne was always a perilous proposition.  Many stories are told of Yahya’s wisdom, which we will reproduce here with pleasure.  His biographer Ibn Khallikan provides us a deluge of them, of which we will siphon off the best.  Some of his maxims are as follows:

Three things indicate the degree of intelligence possessed by him who does them: the bestowing of gifts, the drawing up of letters [i.e., writing], and the acting as ambassador.

This life is a series of vicissitudes, and wealth is given to us as only a loan; let us follow the models of virtue offered by our predecessors and leave a good example to those who come after us.

The following anecdote is told of Yahya by a grain merchant, and it demonstrates the vizier’s modesty and unwillingness to accept gifts that he had not yet earned.

I traded in grain at Medina and had in my hands one hundred thousand dirhams which has been lent to me in order that I might make them productive. This money I lost and then I went to Iraq for the purpose of seeing Yahya, the son of Khalid. Having sat down in his antechamber, I entered into conversation with the servants and door-keepers, and asked how I could get to see him. They answered:  “When his dinner is taken in to him, no one is prevented from entering; we shall then admit you.” When the dinner was brought, they let me in and seated me with him at the same table.  “Who are you?” said he, “and what do require?” I told him and, when the dishes were removed, we washed our hands; after which I went over to him with the intention of kissing him on the head, but he drew back from me.

I took the money, retired, and, the next day, went again to see him. He then gave me as much as I had received the two days previously.  On the fourth day, I went to visit him as I had done before, and he then allowed me to kiss him on the head.  “I did not at first permit you to do so,” said he, “because I had not rendered you a service which entitled me to that mark of respect.  But now, I have been of some use to you.” 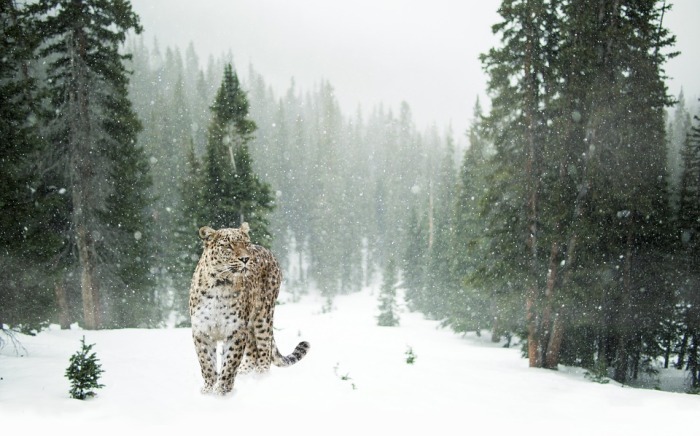 Here are some of Yahya’s additional sayings, which I have collected from the mass of information provided by Ibn Khallikan.  All of them were attested to by witnesses:

Spend when Fortune turns towards you, for her bounty cannot then be exhausted; spend when she turns away, for she will not remain with you.

The benefactor who reminds a person of a service rendered dilutes the value of that service; and he who forgets a favor received is guilty of ingratitude and neglect of duty.

The sincere intention of doing a good action and a legitimate excuse for not doing it are equivalent to its accomplishment.

In adverse fortune, wiles and stratagems lead to perdition.

This last aphorism I find particularly wise.  Here is a very edifying anecdote about Yahya, and shows his understanding of how power and influence should be perceived.  One day, Yahya was out riding with the caliph Harun Al-Rashid.  A man appeared before the caliph and said to him, “My mule is dead.”  Upon hearing this, the caliph commanded that the poor man be given five hundred dirhams.  But Yahya signaled the caliph to dismount, and then took him aside.  “Father!” said Harun.  “You made a sign to me about something I do not understand.”  Yahya said in response, “A caliph should never lower himself to mention so small a sum of money, even as a gift.  When it is necessary to give, it is better to give five thousand, or ten thousand.  Harun said to him, “So what should I have done in this situation?”  Yahya said, “Simply offer to get him a new mule.”

Here is another anecdote that relates to Yahya’s generosity and wisdom.  He once had a trusted personal secretary whose son was to be circumcised. People of all classes and stations made preparations to be present at the ceremony.  It was customary for attendees to present gifts and similar offerings.  One of the secretary’s friends was in adverse financial circumstances, and could not offer a lavish gift like many of the other people going to the ceremony.  So he filled to bags:  one with salt, and the other with perfumed potash.  He then attached a note to these bags, which said,

Sir:  My means preclude me from doing what I wish and the narrowness of my fortune prevents me from engaging in a competition with the wealthy.  Fearing, however, that the register of our gifts should be closed before the inscribing of my name therein, I send you some of that which, at the beginning of a repast, brings good luck and a blessing, and of that which concludes the repast by its perfume and cleansing quality.  In so doing I bear with patience the pain which my inability gives me, and support the anguish of not having the power to execute my intentions. But, as long as I find not the means of filling my duty towards you, I shall offer, for my excuse, this word of almighty God:  No blame shall be incurred by those who are weak, or by the sick, or by those who find not wherewithal to contribute. [Koran 9.92]

Now when Yahya arrived at the celebration, his secretary showed him all the gifts that he had been given.  He also showed the vizier the two bags, and the note that came with them.  Yahya was much moved by this elegant and honest letter.  He ordered that the bags should be emptied and their contents distributed to the guests; he then had the bags filled with money, and returned to the man who had sent them.

This was how he repaid the man’s honesty and good faith efforts.

Read more on the meaning of the ultimate good in the new annotated, illustrated translation of Cicero’s On Moral Ends:

2 thoughts on “The Wisdom And Generosity Of Yahya Ibn Khalid”