Skip to content
HomeHow A Rogue Can Take Over A Village 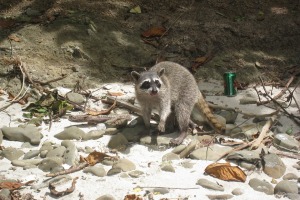 I was talking to a friend earlier today, and the conversation happened to be diverted into the topic of hucksters, pitch-men, and carnival-barkers.

After thinking about the conversation, my mind wandered off to some of the late-night “pitch-man” advertising I had seen years ago.

His first series of television ads promised huge profits if people would place “tiny classified ads” in newspapers around the country.  According to his advertising, he himself had managed to generate incredible amounts of money from doing just this.

He also had a “making money package” that promised to share with you his secret tips for becoming a millionaire.  He then got into selling vitamins.  Apparently, he made incredible amounts of “earnings.”

But then things changed.

In 2011 he was indicted by a federal grand jury for running a fraudulent business model and selling worthless businesses.  The scheme, according to prosecutors, ran into the tens of millions of dollars.  Mr. Lapre’s life ended tragically in an apparent suicide in 2011, while he was awaiting trial.

Do you remember Kevin Trudeau?

He published a number of best-selling books on health “cures” and weight loss.  His books alleged that the government didn’t want you to know about the secret cures that only he was aware of.

Mr. Trudeau had a long run of success with his books and sales.  But then it all changed.

He was sued by the Federal Trade Commission for making false or misleading claims.  He had earlier been incarcerated for fraud in the 1990s.  He was convicted of criminal contempt in 2014 and is currently serving 10 years at a federal correctional institution.

There are many marketing people on television.  They are selling everything from real estate packages, get-rich-quick schemes, vitamins, ovens, cutlery, and many other things.

The unscrupulous marketers all seem to share the following traits:

Only they know the real “truth.”  They have access to special knowledge that you don’t have.  And if you listen to them, and pay them money, they will let you in on the secret.

They try to make you feel insecure.

Many of these ads are done in glamorous locales:  on the beach, in lavish offices, or wherever.  Some of the guys hired beautiful women to act as their assistants in the ads.  But the object is to shove in your face how “successful” they are.  The goal is to put you at a disadvantage, and prey on your insecurities.

The implied message here is that:  you’re a loser, and I’m a winner.

And if you do what I say, you can be just like me!  They were selling a glamorous lifestyle.

It’s easy to be amused by these tactics, but they do work with many people, unfortunately.

And therein lies the attraction of the “pitch man.”  Even rational people, after hearing about Don Lapre’s “tiny classified ads” for the 100th time, might begin to believe that there was something to it.

But nothing in this world is free.  There are no magic shortcuts, no magic wands, no solving a complex problem by popping a pill, and no get-rich quick schemes.

There is only you, and your hard work.  That is all.  But that, brother, is enough.  You, and your spirit.

I’ll leave you with a story I read this week in Indries Shah’s excellent book of Sufi wisdom, which I referenced in my last article here.  It has some relevance to our subject here.

It provides an answer to the question of how a dishonest person can profit in the world, and how people can surrender their money and liberty to him.

Indries Shah calls this story, “The Rogue, the Sheep, and the Villagers.”  Here is the story.

The Rogue, the Sheep, and the Villagers

Once a thief was caught by some villagers.  He was a man known to be a rogue in the area.  The villagers tied him to a tree and were planning on beating him.  But they decided to leave him there for a time, finish their chores, and then come back later to throw him into the sea.

Along came a dim-witted shepherd from the village.  He was known for not being very bright.  He asked the rogue what he was doing, tied to a tree.

The rogue was cunning, as such men often are.  He knew how to play on people’s weaknesses.  So he told the shepherd, “I’ve been tied up here because I will not take some people’s money.  They have offered it to me, but I have refused it.”

Puzzled, the dim-wit looked at him.

“Why are they offering you money, and why won’t you take it?” he asked.

The rogue said, “It is because I am an honest man and a seeker of truth.  I am an upright man, and they want to corrupt me with their money.  They are godless men, and I am not.”

So then the shepherd thought of an idea.  He suggested that he could take the place of the rogue tied to the tree.  He would free the rogue from these “ungodly” villagers who were trying to “corrupt him.”

And the idea that he might be able to get some “free money” in the bargain didn’t bother him, either.

So he did just this.  He switched places with the rogue.

Later that evening the villagers came back, saw the shepherd tied to the tree, put a sack over his head, and then threw him into the sea.  And that was that.

The next day, the villagers were shocked to see the rogue–whom they thought they had killed–on the outskirts of town, but now with an entire flock of sheep to his name.  He had acquired all the shepherd’s sheep.

They asked him, “How were you able to accomplish this?  Who gave you these sheep?”

He responded, “I got them from the god of the sea.  In the ocean are friendly angels who reward those who jump in and visit them.”

And hearing this, the villagers immediately collected their boats to go out into the ocean.  They planned to make dives to see if they could meet some similarly generous “angels.”

Thus the rogue was left in the village, and took it over completely.

Read More:  The Fable Of Aridaeus Of Soli

4 thoughts on “How A Rogue Can Take Over A Village”