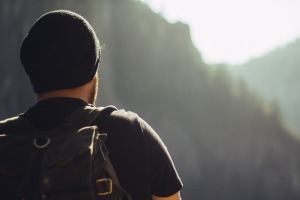 Some time ago I wrote a review of a film I admired very much, The Revenant.  I’ve recently learned more about the author of the book on which the movie was based.  His name is Michael Punke, and his story provides a good example of why you should stick to your guns and pursue your passions.  Success may take a long time, but it will come.

According to a recent New York Times article about him, Michael Punke grew up on Wyoming and was always fascinated by the old West.  He as an avid outdoorsman.  He built his own rifle when he was 12 years old, and had learned to fly-fish when he was 5.

He was also intensely interested in historical role-playing.  He participated in Civil War reenactments, dressing up as a Union soldier and living out in the field.  He attended college, then law school, and then worked in Washington on the staff of the senator from Montana.

Other Washington jobs followed, and then a job with a major law firm in the city, Mayer, Brown, Rowe & Maw.  His specialty was trade and commercial law.  His current title is the ambassador to the World Trade Organization in Switzerland.

Through all of this, he was writing, writing, and writing.  He loved Western history so much, he said, that he felt like he had been born in the wrong era.

But he struck gold when he got the idea for writing The Revenant.  How did the idea come to him?  About 17 years ago, when Punke was on a plane trip, he was reading a book about the early American fur trade.  Somehow he came across the story of a trapper named Hugh Glass, who in 1823 had been attacked by a bear and left for dead by his companions.  The resulting revenge tale fascinated Punke, and he decided to turn it into a book.  A lot of research was involved, because no one really seemed to know much about the tale. 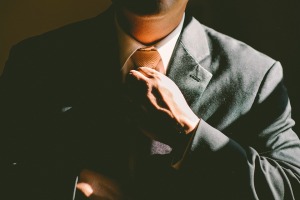 But he still had a day job.  So he would get up at 4:00 a.m. each morning to write.  And he followed this regimen scrupulously.  Soon enough, he had a manuscript.  The film company Warner Brothers bought the rights to the story before Punke had even finished the book.  That was in 2001.

The book was published in 2002, and sold about 15,000 copies.  But it sat on the studio shelves for years.  This is how things are, sometimes.

Sometimes, you just have to wait things out.  Sometimes, it takes time for things to gestate.

Besides The Revenant, he has written other recent works of historical fiction.  Fire and Brimstone  was a book about a 1917 mining disaster, and Last Stand was about the conservation efforts to save the buffalo.  These books were modest successes.

What’s incredible about this story is that Punke is not permitted to market or promote his book in any way.  Since he is a federal employee, he is subject to ethics regulations that forbid him from taking advantage of his official position to enrich himself.  So he can’t do book signings, he can’t give speaking tours, and he can’t do anything that other authors do.  I don’t think he even has a website to promote his books.

But good books always find a way to get noticed.  If your material is good, and if people want it, they will find it.  And now, after a wait of 14 long years, the book is on the bestseller lists.

All because Punke stuck to his guns.  He wrote about the things that interested him.  He spent his time on the projects that fascinated him.  And his material was good.

At the same time, he didn’t quit his day job, either.

There are some lessons here.

Read More:  What Is The Imagination?