Skip to content
HomePetrarch Reflects On Ignorance And Happiness

The great humanist Francesco Petrarca (Petrarch) had opportunity to reflect on the fact that the more he gained in knowledge and experience, the less and less certain he became of his own judgments.  These thoughts were recorded in an essay called On His Own Ignorance And That Of Many Others (De sui ipsius et multorum ignorantia).  Some of these observations are incredibly frank.

He begins by noting that

Concerning ignorance, wisdom, and other things, the wise man should be the one pronouncing judgment.  He should be “wise” in what he proposes to judge.  An ignorant person cannot judge ignorance as musicians judge music, or as grammarians judge grammar.  With certain things, abundance brings a dearth of critical faculties, and practically anyone can judge such things better than the person who possesses them.

No one understands disability less than a disabled person, who is numb to his disability and cannot see what offends the sight of a non-disabled person.  The same logic applies to all other defects:  no one is a worse judge of ignorance than the ignorant. [De Ignorantia III.30]

And as one gets older, he notes, the very idea of knowledge becomes more and more elusive.  For all his learning, Petrarch often feels like he is put on show as a clown, a buffoon meant for the amusement of the powerful.  To make this point, he tells the story of a man named Liberius.  Liberius was, according to Petrarch, a military man who was persuaded (or forced) by Julius Caesar to perform as a mime (i.e., a buffoon or clown).  It was an insulting recommendation, probably meant to degrade him for one reason or other.

Liberius did not “bear this treatment in silence” (quam iniuriam ipse quidem non tacitus tulit), but instead protested with these words (which are taken from the writer Macrobius):

So, I have done my job for twice thirty years without complaint,

And left my station as a Roman knight,

But stand before you now as a clown.

Without doubt, I have lived one day longer than I should have! [III.35]

So poor Liberius ended his days as a clown, forced to hop and dance to the tune of the rich and powerful.  Petrarch notes that he has spent his life in scholarly pursuits, and has sought the patronage of the rich and the powerful.  He achieved great notoriety.

But it seems all to have come to nothing.  He says, in a startling admission,

And so I seem to have met the same end as Liberius.  I lost my position after having turned sixty years of age.  But unlike Liberius, I was not transformed into a clown…I became something even worse, an ignoramus.  But this is how things go.  This is the outcome of all my studies, work, and my burning of the midnight oil.  Judges far more intelligent than I have ruled that I am ignorant.  Even though this fact hurts, it must be said (dolendum forsitan, sed ferendum).  [III.39]

Fame, he goes on to note, is not an easy thing to manage, “especially literary fame.”  He longs to shed this burdensome robe of fame, and live a quiet, unadorned life, far from the crash and roar of the mob, and the cloying attentions of idiot kings and princes.  He agrees with Seneca that it is better to be thought of as a good man, than as a learned one.

One can sympathize with Petrarch for these admissions.  As a mendicant scholar, he was often dependent on the patronage of powerful figures to earn a living.  He could not often say what he really believed, or expressed what he really felt.  Add to this the natural feelings of perspective that come with old age and experience.  One is less impressed with novelty and excitement, and more impressed with constancy, character, and virtue.

And despite his protestations, I doubt Petrarch would have changed anything in his life, had he the opportunity.  I am not so sure I believe Petrarch.  He sounds a bit like a tired old man who has had enough of the arena of conflict.  This is natural, I suppose.  But men must do what is in their natures.  The secret, inner spirits drive them forward, with a calculated assurance.  They go forward, strive, and act, based on the spirits that dance inside them, and animate them.  We are all puppets of these hidden wire-pullers. 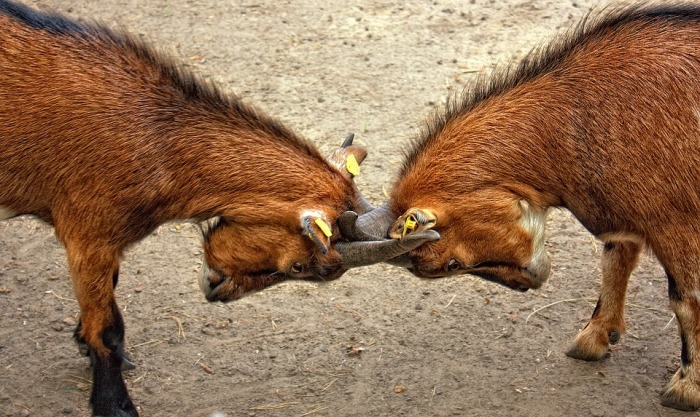 Some men crave knowledge, wisdom, and understanding, even if it ultimately condemns them to some form of psychological exile from their fellows.  They are compelled to seek the truth, even if their vast knowledge makes them feel more and more vulnerable.  I do not know if I am a wise man, but I do know that I would not turn away from the quest for knowledge, in order to embrace the comfort and security of ignorance.

For it is the ignorant man, and not the fallen good man like Liberius, who is the real clown.  Liberius may have had to dance to Caesar’s tune temporarily, but in the end Caesar could never strip him of his goodness, his virtue, or his knowledge.

I would not shirk the seeking of knowledge in order to make others feel better.  I would not stop learning, probing the inner nature of things, out of fear of what I might find.  I would always choose knowledge over ignorance.  If knowledge maketh misery, then I shall embrace my misery, knowing that ignorance is an even worse hell, and a more inescapable prison.

We go forward because we must go forward.  Sic res eunt, as Petrarch says:  This is how things go.

It's not the equipment. It's the will and the persistence.