Many years ago I read a book called The Next Ten Thousand Years.  The author, Adrian Berry, argued that no matter what happened to mankind–good or bad–he would survive, prosper, and go on literally to reshape the solar system and explore the galaxy.

There were some incredible topics in the book, such as the terraforming of planets, “Dyson spheres,” and faster than light travel.  Even nuclear war, Berry claimed, would be little more than a blip on the upward path of man’s ever-increasing, inevitable development.

Is this right?  Is scientific and technological progress inevitable?  Is history an unbroken story of aggregating knowledge and “progress”?  I am not so sure.  While I don’t consider myself an advocate of gloom and doom, I also object to the facile and smug argument that progress is somehow inevitable.

It’s important to appreciate that, to get the most accurate assessment of human affairs, we should look at the longest time spans. It’s good to look at all of history, from say, 3000 B.C. to the present. There were periods of “progress,” and then there were periods of chaos, decline, barbarism, and ferment. Long term trends matter, but the short-term matters, too.

The Industrial Revolution only really began in the 1700s.  The Scientific Revolution followed from that.  So against the entire span of human history, we are proposing to draw conclusions from only the past few hundred years.  What about the fact that, for many hundreds of years, or thousands of years, before this, there was little in the way of scientific “progress”?  Can we dismiss the vast majority of human history as an aberration?

The very idea of “progress” is in many ways a creation of the 18th century European Enlightenment. Scholars and scientists in those days believed that the progress of “Reason” would result in an upward trajectory for all fields of human endeavor. Were they right? Maybe. But there were also periods of catastrophic violence, ruin, and collapse. One need only look at 20th century history to make this point.

Voltaire, John Stuart Mill, and Herbert Spencer (along with many others) firmly believed that increasing education and technology would create a permanent, inexorable upward track of human happiness. The idea that progress in science and technology would cure human ills became bound up with the very identity of the 18th and 19th centuries, as the Industrial Revolution took hold. 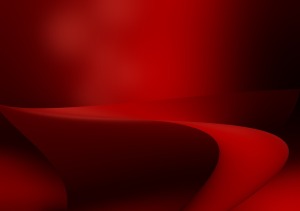 But there were some dissenting voices about the inevitability of “progress.” The 19th century Romantics like Nietzsche and others scorned the idea of progress. They celebrated the inherent irrationality of the human condition, and the imperative of individual action. Spengler believed history was cyclical:  progress would oscillate like a pendulum.

I like to draw the analogy with warfare in this context.  As the Quantum Age dawned in the beginning of the twentieth century, everyone assumed that major warfare was obsolete.  The future would only be little colonial wars, like the Boer War.  All would go upwards, upwards, upwards. Scientists were told that there was nothing left to discover. The public in 1900 or so was told that future wars in Europe were “impossible” because all the crown heads of Europe were related.

And then 1914 came, which brought these comfortably optimistic convictions to a shuddering halt.  The Great War ushered in a new age of disorder, societal disruption, and violence.

My point is simply that the case for “progress” is not airtight, so to speak. When we look at the entire span of human existence, we see the Beach of History littered with the sorry wrecks of failed societies, fallen civilizations, ruined states and empires, and bankrupt ideals.

Who now remembers the Kings of Phrygia? Who now knows what secrets were held by the libraries of Babylon, Nineveh, Ur, or Tenochtitlan? Are we any better than our forefathers? I am not so sure.

As I said above, if we average history out on the longest timeline, we can see that our modern age of technological ease has only been around for, perhaps, 200 years. Mankind has been on this earth for 1 million years or so. Recorded history stretches back to about 5000 B.C. Perspectives matter. We should approach these matters with humility and awe, rather than assurance in an inevitable outcome.

Maybe Adrian Berry’s vision in his book is true.  It probably is.  But I can’t help thinking of the counter-argument for the short-term. In my mind’s eye, I see the ruins and colossal wrecks of civilizations, stricken down by the hubris of man, just as easily as I can see Adrian Berry’s interplanetary engineering projects.  Maybe even more so.

We can’t escape history, no matter how much we want. And it is good that this is so.

The military historian Stephen Van Evera’s Causes of War: Power and the Roots of Conflict contains a shocking number of examples of how military planners had blind optimism in their own omnipotence. This false optimism distorted their perceptions, to their severe detriment. The pattern is repeated over and over again.  It is simply incredible to read the quotes and assertions of the major military planners before the advent of hostilities in nearly every major conflict.  Everything would be “over by Christmas,” everything would be wrapped up quickly, and every project was a foregone conclusion.  Some of this, of course, is the natural advocacy of men in charge of large projects, but much of it represents a willful desire to block out opposing viewpoints.

One can say much the same thing about those who put too much faith in science and technology.

One of my favorite historians is J.B. Bury. He was not really a believer in the idea of progress. Maybe it is hard for a historian to be so, having seen firsthand the crimes and follies of mankind happen in unceasing regularity through the ages. Bury said this about the idea of progress. I’ll just leave people with this, from his work The Idea of Progress:

It cannot be proved that the unknown destination towards which man is advancing is desirable. The movement may be Progress, or it may be in an undesirable direction and therefore not Progress…The Progress of humanity belongs to the same order of ideas as Providence or personal immortality. It is true or it is false, and like them it cannot be proved either true or false. Belief in it is an act of faith.

Perhaps this is the best way to see it. Belief in progress, like much else in human affairs, is an act of faith. Each of us must make up his own mind.

Read More:  Do What I Say, Not What I Do