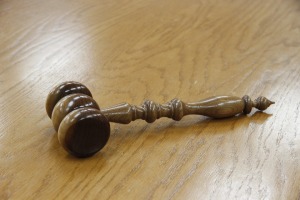 Ibn Abi Duwad was a judge (القاضي) who was born in Basra around A.D. 776.  He lived during the reign of the eighth Abbasid caliph Al-Mu’tasim.  An Arabic historian relates the following wise sayings of his, along with an amusing anecdote.  We will relate them here.

He used to say that there are three classes of men who must be treated with high respect: the learned, the judges in courts, and our friends.  Whoever offends the learned will lose his religion. Whoever offends judges loses his property; and whoever slights his friends loses his masculinity.

He also said that a man was not perfect unless he could both elevate to power a friend, even if the friend occupied a lowly job, and send to the gallows an enemy, even if the enemy was a vizier.

Once the caliph Al-Mu’tasim was about to behead a man who had embezzled a sum of money from the state.  The caliph was understandably enraged, and had an executioner prepare for the beheading.  Ibn Abi Duwad then bravely interceded on the man’s behalf.  He pointed out to the caliph that he would not be able to take his money if he executed him without a actual court conviction, since the executed man’s wealth would lawfully go to his heirs.

The man was entitled to due process.  The caliph calmed down and relented.  “Take him into custody until we can hold an inquest,” he said.  Eventually it was ruled that the embezzler would pay restitution and then be imprisoned for a time. 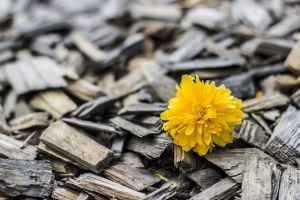 Another anecdote about an impending execution is perhaps the most amusing of these old medieval legal tales.  On one occasion, Ibn Abi Duwad was present when the caliph was about to have another condemned man executed.  He protested to the caliph that the man was almost certainly wrongly accused.  The caliph was not amused, and the two parties–both pro-execution and anti-execution–went back and forth in dispute.

Ibn Abi Duwad himself tells us what happened next:

I had then so pressing a call to urinate, that I could no longer retain, yet I knew that if I went out, [the man] should surely die; so I gathered my garments under me and urinated in them, but I succeeded in saving the man.

When I stood up, Al-Mu’tasim saw that my garments were wet, and said:  ‘Was there any water under you?’  ‘No, Commander of the Faithful,’ I replied, but it happened that I had to pass water and could not hold it.’ On hearing the circumstance, the roared in laughter, and prayed for me; saying: ‘Well done! May God bless you!’

Al-Mu’tasim then clothed him in a robe of honor and ordered him a present of one hundred thousand dirhams.

And this was how he saved the man from execution.  Fate works in strange ways.

When he died around 854 A.D., a great number of people attended his funeral, as we was popular for his efforts on behalf of justice, often at personal risk to himself.  At his funeral, two mourners spoke the following words:

Another mourner spoke these words, unsurpassed in the eloquence of bereavement:

It is not the powder of musk which has been used to perfume his corpse, but rather the praises which he left behind.

The noise you hear is not the creaking of the bier: it is the sound of hearts which are breaking.