Skip to content
HomeHerman Melville’s “The Confidence Man: His Masquerade” 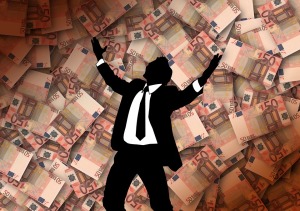 The Confidence-Man was Herman Melville’s last novel.  By some weird cosmic joke it was (perhaps suitably) published on April Fools’ Day in 1857.  It is a difficult and in some ways ambiguous work, but yields up rich rewards for those willing to stay in the race to the end.

To understand the context of the novel we must first appreciate that by the late 1850s Melville, once the popular writer of Typee (1846), had fallen out of favor with the public.  A succession of novels infused with philosophical and metaphysical complexities had done little to endear him to his readers; and he, too proud to cater to the shallow tastes of the masses, retreated more and more into his own, writing–so it seemed–mostly for himself.  It is a fate common to many great artists.  In some ways he never ceased to rebel against the strictures of nineteenth-century American society, and he was punished for it.  He certainly tried to make things work:  he married well, hobnobbed with the gentry in New York, and acted the role of the gentleman.  But it was no good.  Underneath it all he was still the half-savage with a sea-salt-encrusted beard, the man who had mingled with the South Sea savages and lived to tell the tale.

One cannot escape one’s destiny.  You can try.  And you can almost succeed.  But there are always those snaking tendrils of Fortune that manage to wrap themselves around our limbs, tugging us back to the recesses decreed by Fate and scripted for us long ago.  It cannot be otherwise.

The early optimism of the 1840s had now been replaced by a controlled ferocity.  By 1857 he knew his world well enough to know that goodness and idealism were not values shared by all men.  He poured out these conflicted emotions in his final novel, a work that has provoked both hostility and praise among critics.  It is not an easy book to read.  Maybe Melville intended it that way; the harsher his critics were with him, the more he responded by doing his own thing.  He never compromised, and there is something awe-inspiring in that.

The plot of the novel is very simple.  You have a cast of assorted everymen on a Mississippi steamboat (Melville loved to use boats as metaphors for society).  You have an elusive, shadowy Confidence-Man who interacts with all of them in various settings and scenes.  And you witness how Victim and Predator play off of each other, each angling for some sort of advantage over the other.  It is almost as if the characters need to be conned, want to be exploited, and actively seek out their own deception.  The Confidence-Man exposes all the pretenses, all the hypocrisies, and all the self-delusions of the fools on the riverboat.  In the end, the characters get the con man they so richly deserve.

Melville’s riverboat (named the Fidèle) paints a picture of a society splitting at the seams with fools, impostors, con-artists, and horrendous self-deceit.  Fifty years before the twentieth century, he already could see what would be the defining problem of the modern world.  The Confidence-Man himself emerges as a demonic figure; he is able to change his appearance and demeanor with every person he meets, and comes across as the trickster-god Loki from Norse mythology, simultaneously offering his victims both redemption and damnation.  We are surprised at how many people choose the latter over the former.

With classic irony, Melville has his Confidence-Man spout hypocritical pleasantries with every breath he takes.  He despises humanity, seeing in it little more than fresh victims, and yet intones words like these quoted below, where you can feel the dishonesty drip from every word:

“Like you,” said the stranger, “I can’t understand the misanthrope.  So far as my experience goes, either mankind is worthy of one’s best love, or else I have been lucky.  Never has it been my lot to have been wronged, though but in the smallest degree.  Cheating, backbiting, superciliousness, disdain, hard-heartedness, and all that brood, I know but by report.  Cold regards tossed over the sinister shoulder of a former friend, ingratitude in a beneficiary, treachery in a confidant–such things may be; but I must take somebody’s word for it.  Now that the bridge has carried me so well over, shall I not praise it?”

We know many people who display the same traits of the Confidence-Man.  They are everywhere around us, making grand promises and endlessly peddling deceit.  The Confidence-Man was Melville’s final production in prose; after 1857 he would express himself only in verse.  And it was a savage curtain-call.

For what Melville wants to let us know–more than anything else–is that his central character, the Confidence-Man, is not some mysterious devil who lures innocents to their doom.  Not at all.  He is, in fact, the adroit magician who is able to place a mirror in front of our own faces and reveal to ourselves our hidden natures.

And some of what we eventually find out we would rather not have known.

6 thoughts on “Herman Melville’s “The Confidence Man: His Masquerade””