Skip to content
HomeAn Unexpected Consequence Of The Crusades

On the subject of the results of the Crusades, much has been written.  The effects were profound and stimulating, practically too numerous to be mentioned here.  At that time, Europe was behind the East in arts, knowledge, and refinement.  Edward Gibbon tells us:

If we compare, at the era of the Crusades, the Latins of Europe with the Greeks and Arabians, their respective degrees of knowledge, industry, and art, our rude ancestors must be content with the third rank in the scale of nations.  [Decline and Fall, Ch. LXI]

Secular life in Europe was stimulated by interaction with Islamic commerce, industry, and arts.  Perhaps interaction with another faith helped undermine rigid orthodoxy; on the other hand, the Roman Church emerged from the Crusades more powerful than ever.  Papal legates were in every country in western Europe to conduct recruiting drives, and huge tax revenues flowed soon thereafter.

Contact with the East may even have renewed interest in travel and exploration:  commerce went hand-in-hand with conquest.  The destruction of Constantinople as an economic rival of Venice in 1204 immensely benefited the economy of Italy.  Gunpowder, the navigational compass, and printing were known in Moslem lands before the Crusades ended, and they may have trickled into Europe as part of the natural dissemination of knowledge.

Gibbon points to an interesting European consequence of the Crusades that perhaps helped to lay the foundation for Europe’s incredible economic expansion in the centuries that followed.  It was the removal of the stifling controls put in place by ossified social hierarchies.  He explains the process as follows:

In one respect I can indeed perceive the accidental operation of the Crusades, not so much in producing a benefit, as in removing an evil.  The larger portion of the inhabitants of Europe was chained to the soil, without freedom, or property, or knowledge; and the two orders of ecclesiastics and nobles, whose numbers were comparatively small, alone deserved the name of citizens and men.

This oppressive system was supported by the arts of the clergy and the swords of the barons.  The authority of the priests operated in the darker ages as a salutary antidote: they prevented the total extinction of letters , mitigated the fierceness of the times, sheltered the poor and defenceless, and preserved or revived the peace and order of civil society. 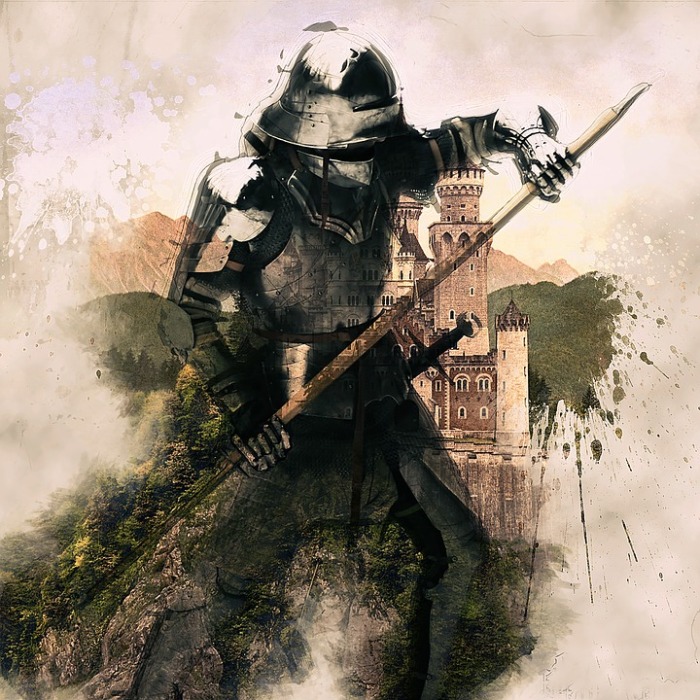 But the independence, rapine and discord of the feudal lords were unmixed with any semblance of good; and every hope of industry and improvements  was crushed by the iron weight of the martial aristocracy.  Among the causes that undermined the Gothic edifice, a conspicuous place must be allowed to the Crusades.  The estates of the barons were dissipated, and their race was often extinguished, in these costly and perilous expeditions.

Their poverty extorted from their pride those charters of freedom which unlocked the fetters of the slave, secured the farm of the peasant and the shop of the artificer, and gradually restored a substance and a soul to the most numerous and useful part of the community.  The conflagration which destroyed the tall and barren trees of the forest gave air and scope to the vegetation of the smaller and nutritive plants of the soil.  [Decline and Fall, Ch. LXI]

Sometimes the amputation of a rotten head can provide wonderfully restorative therapy to the body as a whole.  So it was in many parts of Europe after the Crusades:  freed from the suffocating influence of manorial life, more people moved to the cities to engage in commercial life there.

Populations grew rapidly, and the economies of Europe in the thirteenth and fourteenth centuries greatly outpaced the meager performances of previous centuries.  New markets in the East opened up for Italian and Flemish products; from the East were acquired technologies for glass production, advanced surgical procedures, medical knowledge, and banking practices.  The resulting economic revolution indirectly seeded the Renaissance.