Skip to content
HomeRevisiting the Simpson Case: Netflix’s “The People Vs. O.J. Simpson” 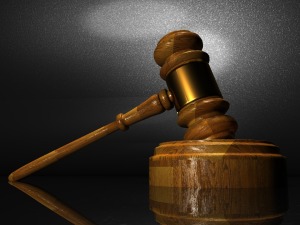 I was a first-year law student in 1995.  When the whole O.J. drama broke, I followed it (off and on) in the media like everyone else.  I don’t remember exactly what my feelings were about the case at that time, other than the fact that I didn’t think things were going to turn out well for the prosecution.  Not because of any legal issues or evidentiary technicalities, but simply because it was a celebrity trial.  Things always get distorted when it comes to celebrities in American culture.

The physicists tell us that that things get weird when something approaches the speed of light:  time dilates, things distort, and a lot of bizzarre things happen.  And the media analogy is similar:  as things get more celebrity-ized, there is this warping effect that goes on.  Real issues become fake issues.  Fake issues become real ones.

So when I heard that American Crime Story had made a dramatic miniseries about the O.J. case, I wasn’t sure if I wanted to see it.  I had read a couple of books on the case:  Vincent Bugliosi’s was one, and the other one I can’t remember.  And it is an interesting case:  you have dramatic facts, interesting personalities, twists and turns, and a shocking ending.  Not since the Lizzie Borden axe-murder case in the 1890s has there been such a perversely gruesome–and compelling–murder case in the United States.  But in the end I started to watch the series.  And it’s great.

Everyone loves to play the “what-if” game when it comes to historical events.  What if so-and-so had done this, or done that…would it have made any difference in the outcome?  And this game is especially addictive if you are a trial lawyer yourself.  If you have tried criminal cases, you know how trials work.  You understand the personal dynamics, the realities of the courtroom, and how things can get distorted at trial.  Small problems become big problems.  Juries focus on things that are irrelevant, even when instructed not to do so.

What makes this series great is this:  the faithful attention to detail, the explorations of the characters’ motivations, the dynamics of Simpson’s defense team, and the inner workings of Marcia Clark’s prosecutorial team.  I don’t know how much of all this is precisely true, or how much of it is artistic license.  But I do get the sense that the producers here have done an exhaustive amount of research to get it all right.  And the final result gives the viewer this impression.  I can’t resist offering my own comment on the trial:  that is, on where I think the prosecution fumbled.  It goes without saying that everyone is going to have his own opinion, of course.

The prosecution should have filed the case in Brentwood and had the trial there.  Simpson was entitled to a jury of his peers.  His peers were in upper-class Brentwood, not downtown Los Angeles.  The prosecution’s reason for filing downtown was a very bad one, and was a major factor in their defeat.

Marcia Clark did not fully appreciate the racial dynamics that were inherently bound up with the trial.  This is not meant to be a criticism.  I have a lot of respect for Ms. Clark, and perhaps she was faced with an impossible task from the beginning.  But as the miniseries presents things, there was a certain tone-deafness on racial matters from the beginning.  What do I mean by this?  I mean that she wrongly assumed that the jury would place rationality before emotion.  She assumed that the mountain of evidence against Simpson would be enough to convict him.  In a rational world, she was absolutely right.  But trials are not about rationality:  they are about persuasion.  They are about providing a narrative to a jury that they find convincing.

For example, Ms. Clark apparently could not understand why some black women might lack sympathy for the victim, Nicole Brown.  She could not quite put herself in the “shoes” of the prospective jurors to see how they might see the world.  This naivete provided to be fatal:  she failed in one of the key tasks of the trial lawyer, which is to select a jury of twelve people who will be most likely to favor her narrative.  The series makes this clear, and it is just disappointing to see how this played out in real life.  As the series portrays things, she did not listen to her focus groups or adapt her strategy to take people’s emotions and prejudices into account.

The prosecution should have charged A.C. Cowlings with aiding and abetting a fugitive.  If you’re going to go all-in, you go all-in.  Hit them with everything.  There was no valid reason to let this matter go.  There was more than enough evidence to support the filing of charges against Cowlings, but this was never done.  The prosecution was playing softball, while the defense was playing hardball.

The prosecution lost the media war right at the outset of the case.  This may have been the most critical factor in the trial’s outcome.  While the defense was giving one press conference after another–in effect, preparing the battlefield of the public mind–the prosecution was supposedly taking the “high road” of doing nothing.  In the media age, one cannot just sit on one’s hands and do nothing while the other side pummels you.  Once the media war began, Darden and Clark should have been on the media all the time.  By conceding this battleground to the other side, the prosecution put itself at a severe disadvantage.

The judge did not keep control of his courtroom.  As I see it, Judge Ito failed to rein in the trial, and it turned into a circus.  This, of course, was not the fault of the prosecution.  He should have kept cameras out of the courtroom.  He should have instituted gag orders on everyone (directly or indirectly) involved in the trial.  Some of his evidentiary rulings on pretrial matters were not correct, in my opinion.  He permitted the defense team too much leeway in their arguments, objections, and in their lines of questioning of witnesses.

The prosecution should not have allowed the defense team to tamper with Simpson’s home and “redecorate” it for the benefit of the jury.  The series makes it clear that Johnnie Cochran doctored the furnishings of Simpson’s home to make it more appealing to the jury members.  If true, this was a major fumble on the prosecution’s part.  Why did they permit this?  Why did they not have their own people monitoring the situation to see that the house was not tampered with?  We do not know.

The prosecution seriously underestimated Johnnie Cochran.  Cochran emerges in the series as a complex and driven man.  He was the architect of the final victory.  His colleagues look like amateurs compared to him.  Like any defense attorney, he did what he was supposed to do:  to provide a narrative that would succeed in acquitting his client.  His ruthlessness and drive make him a sinister figure to some, but I don’t see it this way.  He did his job, and played the hand of cards that he was dealt.  It was up to the prosecution to prove its case, to provide a narrative that made sense to the jury.  And at every turn, it is clear that Cochran was one step ahead of them.  He completely outmaneuvered his opponents and, like it or not, this is what matters.  The prosecutors–both Darden and Clark–never found a way to match Cochran’s rhetorical and persuasive abilities.  One cannot expect to get in front of a jury with helpless stammering and expect to win over hearts and minds.  Cochran was a street-fighter.  His opponents were not.

The prosecution made a number of tactical trial mistakes.  Even with all of the above factors, the prosecution still might have been able to prevail.  Nothing in this world is preordained.  But some fatal trial errors ultimately doomed them.  Mark Fuhrman, for example, should not have been put on the stand.  His testimony was not needed, and letting him take the stand opened the door to all sorts of irrelevant questions about his personal feelings.  I believe the judge should not have allowed questions about Fuhrman’s past comments, but that is beside the point.

Everyone knew that the defense was going to turn the trial into a racial indictment of the LAPD, and for this reason they should have played it safe and kept Fuhrman off the stand.  Darden, of course, never should have permitted Simpson to try on the shriveled gloves.  This was a catastrophic blunder that in itself may have put the final nail in the prosecution’s coffin.  I have to place the blame squarely on Darden here:  you never, ever allow a defendant to seize control of a courtroom if you are a prosecutor, especially a man as magnetic as Simpson.  For her part, Clark should not have placed so much emphasis on the “domestic violence” angle of the case:  this was a murder trial, not a domestic violence trial.  Some of this evidence was fine, but I believe Clark spent too much time on this issue, with the result that her message lost focus.

All of the acting in this series is first-rate.  John Travolta amuses and alarms as the high-strung Robert Shapiro; Nathan Lane nails it as F. Lee Bailey; and Sarah Paulson shines as Marcia Clark.  Towering over all of them, of course, is the compelling figure of Courtney Vance as Johnnie Cochran.  Sterling K. Brown manages to get Chris Darden’s facial tics and seething demeanor just right, never crossing into the line of melodrama.  This is an incredible cast where every player is pulling his or her weight.

The most sympathetic figure in all of this tragedy, to me, is Chris Darden as played by Sterling K. Brown.  He seems like a decent man, a good man who assumed that others would be as straightforward and as honest as he was.  Unfortunately, he was mistaken.  Both he and Marcia Clark did the best they could with the tools they had, and no one can fault them for that.  Believe me:  doing a trial is not as easy as it looks on television.  It’s a ton of work, the outcome can never be guaranteed, and you’re going to be second-guessed by just about everyone.  But that’s what warfare is like.  It is a clash of wills that can only be managed to a certain extent.  And those who put Fortune to the test–fortunam temptare–know that the final outcome always lies in Her hands.