Skip to content
HomeUsing Your Ingenuity To Accomplish Your Goals 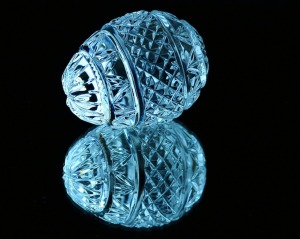 Those who are resourceful will find ways of carrying out their purposes.  They will not be deterred by momentary setbacks or obstacles.  The lazy man or the dullard will take refuge behind the natural obstructions that life places in his path and, using such problems as excuses to avoid work, take comfort in his failures.  In his mind, failure was inevitable.  This way of thinking can be found in many people; they never advance far in life because they are not willing to hunt for creative solutions to problems.  Obstacles must be bypassed, smashed through, vaulted over, or avoided altogether.

To amusing anecdotes taken from Ibn Khallikan’s biographical works help to illustrate this point.[1]  The first story is derived from the entry on Abu Abdallah Al Masudi, a Shafite jurisconsult who was a native of Marw (Merv).  Al Masudi studied under a master named Al Kaffal.  One day Al Kaffal was conducting a class for his law students on perjury.  The topic of discussion was how perjury may committed or avoided.  Someone posed the following hypothetical:

Suppose a man swears that he will not eat eggs.  Then imagine he approaches someone else and says, “I will eat whatever food you are carrying.”  Out of his pocket, the man promptly produces an egg.  What should the promissor then do?  How can he avoid perjury?

This was the rhetorical problem.  (It reminds me of the type of rhetorical exercise found in Seneca the Elder’s Controversiae).  Al Kaffal was unable to propose a solution to the riddle.  Al Masudi, sitting in the classroom, came up with the following solution:

Let the man make a biscuit out of the egg, and then eat that.  He will then have eaten what the other man was carrying, yet not have broken his oath to abstain from eggs.

This is indeed a clever way of threading the needle and solving the problem.  (The jurisprudent Abu Hanifa later would advance his own solution:  he said that the egg could be hatched, and the raised chicken could be eaten later.  But I prefer the first solution to the problem.) 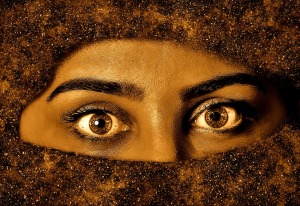 The second anecdote is taken from the biographical sketch of the judge Abu Ali Al Tanukhi.[2]    The point of the story is to illustrate that one must find imaginative ways of carrying out one’s designs.

A fabric merchant had traveled a long way to the city of Medina in order to sell some women’s veils.  He had some pack animals loaded with these articles of clothing and was seeking purchasers; but he had no success.  The merchant persisted in asking around and was led, by one way or another, to a somewhat sketchy character named Miskin Al Darimi.  Al Darimi was famous for his poetry and for his womanizing in his youthful years.  But he was now old, and he had given up his licentious ways to become devoutly religious.  But he still enjoyed a reputation for bawdy humor.

But the merchant persisted in asking for the old poet’s help in trying to sell the load of veils.  Al Darimi finally consented and wrote these words, which he released to the public:

Say to a beautiful woman in a black veil,

“What design have you formed against a pious devotee?

He just secured his genitals for prayer

When you sat in ambush for him at the door of the mosque!”

(Meaning, of course, that the sight of the woman would have produced physical arousal, and shown outwardly through his garment.)  The sexually suggestive lines had the desired effect.  When these lines were circulated, people assumed that Al Darimi had fallen back into his old habits of sexual license; everyone thought that he had become infatuated with a woman who wore a black veil.

Suddenly, nearly every woman in the surrounding neighborhoods wanted a black veil, and Al Darimi’s merchant friend was able to sell his inventory at greatly inflated prices.  In this way did the merchant come up with a clever way to turn his load of unwanted goods into goods that were highly desirable and ultimately profitable.  He found a creative solution to his problem.