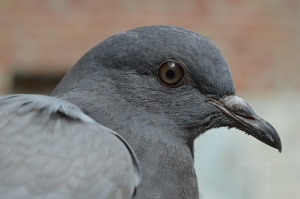 Fakhr al-Din al-Razi (1149–1210) was a Persian theologian and philosopher whose fecundity was only surpassed by his depth of understanding of various disciplines.  He is credited with over one hundred works, although it is likely that this number was considerably higher.  Learned in astronomy, philosophy, theology, chemistry, and a variety of other subjects, he was also said to have been a man of great humanity and understanding.  His inclinations were rationalist and scientific; for this reason he found more to his liking in the natural sciences than in airy theological speculations.

Like Plutarch, the biographer Ibn Khallikan believed that more could be revealed about a man’s character in a few anecdotes than we might expect.  He says:

Fakhr ad-Din was the pearl of the age, a man without a peer; he surpassed all his contemporaries in scholastic theology, metaphysics, and philosophy.   He composed instructive works on many branches of science, such as a commentary on the Koran containing an immense quantity of rare and curious observations; it is a most extensive work, but he left it unfinished; the explanation of the opening sura alone fills one volume…All his works are highly instructive, and have got into circulation even in distant countries, and, by an effect of the good fortune which attended him in these treatises, the public took them for class-books and rejected those of former
authors.

He was the first who introduced the systematical arrangement so remarkable in his writings, and which had never been employed by any person before his time.  He preached with most impressive effect, both in Arabic and Persian; in the midst of his exhortations, feelings of compunction would draw floods of tears from his eyes.  The conferences which he held at Herat were at tended by the principal doctors of the orthodox sects and the chiefs of the philosophical schools, who come to propose questions to him and hear his excellent answers. [1]

According to his biographer, one of Fakhr al-Din’s wisest pronouncements on intellect and reason was this gem, which could easily have come from the mouth of St. Augustine:

Human reason can reach only to the extent of its chain; the utmost efforts of mortals mostly serve to lead them into error.  Our souls and our bodies are at variance, and the sum of our worldly enjoyments is but bane and evil.  Though we pass our lives in investigation, all we can collect may be reduced to this:  it is said, or they say.  How many men, how many empires have we seen flourishing, and which rapidly disappeared; how many mountains to the summits of which men have ascended, who are now gone, and the mountains remain.

In other words:  all knowledge is limited by human perception.  We can know inherited tradition, and we can rely on the testimony of our physical senses, but our powers of reason have outward boundaries.

On his good nature and kindness, the following anecdote is told by the poet Ibn Onain.  One day Fakhr al-Din was delivering a lecture out-of-doors to a group of students in the city of Khowarism.  Snow had begun to fall and the air had become very cold.  A pigeon flew by, pursued by some bird of prey, and landed near the learned professor; it was disoriented from the cold and by shock.  After the lecture was over, Fakhr al-Din took it in his hands and physically calmed the animal down until it was able to be released back into the air.  After watching this dramatic scene of rescue, the poet Ibn Onain composed the following verses in commemoration to praise Fakhr al-Din:

Who told the dove that your mansion was a sanctuary, and that you were an asylum for the timorous?  It came to visit you when its death was near, and you bestowed on it new life, in saving it from destruction.  Could it receive such presents as men obtain, it would leave thy hand, bearing off a large donation.

It came with its complaints to the Solomon of the Age, whilst death gleamed at it from beneath the wings of a rapacious, vigorous bird attracted by the sight—-no, by the shadow—of food, and it fled before him with a trembling heart.

In the city of Herat, he was said to have spoken the following maxim about life and fate during one of his lectures:

A worthy man is despised during his lifetime, but when removed by death, his loss is severely felt.

It is a saying valid for any age, and any culture.

Learn more about character and virtue in my bold, ground-breaking new translation of Sallust’s The Conspiracy of Catiline and The War of Jugurtha: