Skip to content
HomeForensic Linguistics: The Footprint Of Language 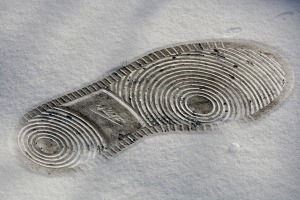 There is a very good miniseries playing on Netflix right now called Manhunt.  It is a drama about the pursuit and capture of Theodore Kaczynski, the so-called “Unabomber” who confounded law enforcement for decades until he was finally captured in 1996.  His case had been the longest and costliest in American law enforcement history.  The drama closely tracks real events; the producers of the series (which stars Sam Worthington) made a conscious effort to reproduce the facts of the case with fidelity.

The Unabomber case was buried under the media attention of even more dramatic terrorist cases in the years that would follow, of course.  Most people have a passing acquaintance with it, and are vaguely aware that Kaczynski penned a document the media dubbed a “manifesto” in which he argued that industrial society and the technological revolution had been an unmitigated disaster for modern man.  Notice here that I put the word manifesto in quotations.  I did this because I do not think it appropriate to use this word for Kaczynski’s tract.  “Manifesto” carries connotations of a ranting tirade, and allows us to dismiss a writing so named as a manic screed.

But the Unabomber’s tract was anything but this:  he was deadly serious, and this former professor of mathematics lays out his case within a logical framework that follows from one point to the next with Euclidean inevitability.  We can agree with his arguments, or not agree with them, but it is a serious mistake to dismiss such writings out of hand.  When a criminal, a terrorist, or a zealot speaks his mind, investigators and law enforcement officers should listen, and listen very carefully.

What is incredible about the Unabomber case was the absolute commitment of Kaczynski to his criminal purposes.  The case and patience with which he constructed his bombs was amazing.  He removed the labels from batteries so that they could not be identified; the bombs were encased in wooden boxes that he patiently carved himself; even the glue he used was made by his boiling of deer hooves.  To mail his packages he would drive for hours on public buses.  This was a man who was about as “off the grid” as one could get in modern society:  he lived in a shack in wilds of Montana, with no electricity or running water, surviving on little more than $400 per year.  He had only a few acquaintances and no contact with family.  And if he had not given law enforcement the rope with which to hang himself (i.e., by publishing his tract), it is likely that he would never have been caught. 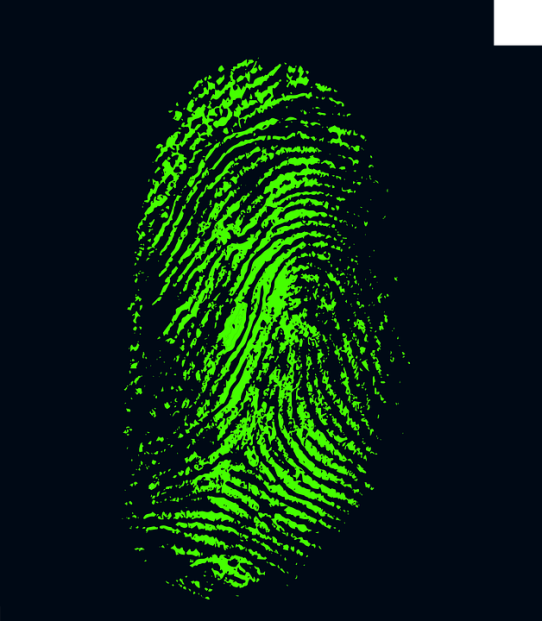 But how was he caught?  He was identified primarily through the use of what has become known as “forensic linguistics.”  It is the systematic analysis of words and language.  FBI profiler James R. Fitzgerald, as portrayed by the Manhunt miniseries, believed that language was the key to unlocking the Unabomber’s secrets.   By their choice of words, phrases, diction, idioms, and arrangement of ideas, Fitzgerald believed, people betray their background, parts of their lives, and the ways they think  (e.g., the Unabomber’s idiosyncratic use of the expression “eat your cake and have it too”).

With enough data, a profiler could construct a reasonably accurate picture of a writer.  Yet for some reason, Fitzgerald’s superiors in the FBI were slow to credit this method.  Trapped by traditional law enforcement thinking, they could not see forensic linguistics as the powerful tool that it is.  They scoffed at what they thought was pointless word-play.  But Fitzgerald was able to construct a working profile of the tract’s author, so that when Kaczynski’s brother recognized the tract for what it was, the FBI was able to proceed immediately to request a search warrant.

One of my favorite examples of the power of forensic linguistics is the Renaissance humanist Lorenzo Valla’s (1407-1457) unmasking of the so-called “Donation of Constantine” as a forgery.  The document, whose actual name is Constitutum Constantini, was purported to  have been written grant by Roman emperor Constantine the Great to Pope Sylvester (shortly before the death of the former in 337 A.D.).  Constantine was supposed to have gifted title to his entire western empire to the pope before his death; and it was partially on this document that the medieval Church based its temporal claims of sovereignty over European rulers.  The document’s authenticity had been called into question by Nicolas of Cusa, who repudiated it; but it would not be until the brilliant Valla subjected it to devastating scrutiny that it was proven beyond all doubt to be a forgery. 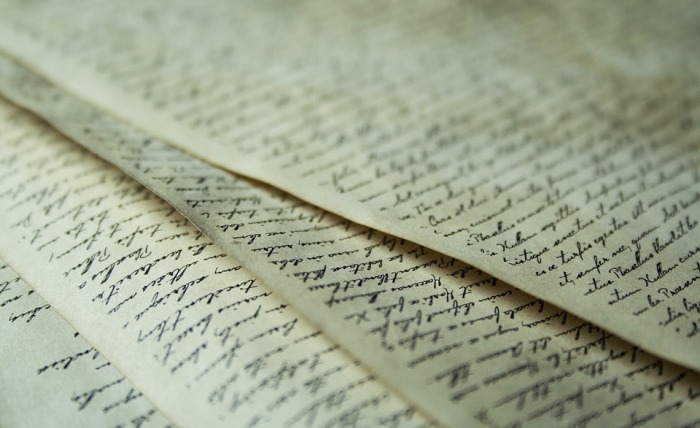 Valla was among the most gifted of all the Renaissance humanists.  From an early age he mastered nearly the entire corpus of classical Latin literature.  He knew most of the Aeneid by heart, and seems to have been able to recall at will passages from Livy, Macrobius, Valerius Maximus, and many others.  He was also proficient in Greek and Hebrew, giving him the rare ability to access Biblical texts in the original, without having to rely on the Latin Vulgate.  Beyond all this, Valla was a master of the Latin language.  He could read, write, and speak it fluently, composing works of great analytical depth and literary elegance.  He was also a man of strong opinions who nursed a passionate sense of justice; when he set his sights on the Donation, he knew he had found a target worthy of demolition.

How did Valla go about proving the fraudulence of the Donation?  He carefully scrutinized the language of the document, and pointed out its anachronisms, stylistic irregularities, historical mistakes, and impossibilities to show that it could not have been written by Constantine or anyone else in the fourth century.  (We now know that the anonymous forger wrote it in the eighth century).  Valla’s “little work” (opusculum) is not written in the style of a modern forensic document; it is very rhethorical, sounding like an oration or declamation.  But this does not detract in any way from his achievement.  Writing his refutation in 1440, he called it De falso credita et ementita Constantini donatione (On the Forged And Deceitful Donation of Constantine).  Only someone with an encyclopedic knowledge of Latin and ecclesiastical history could have done what Valla accomplished.  Here are some examples of how he exposed the document’s falsity (the quotes below are from G.W. Bowersock’s 2007 translation).

Valla first points out the absurdity of an emperor giving away title to half of his empire to an ecclesiastical figure.  Rulers do not act this way, Valla, pointed out.  Kings and emperors do not just give away their holdings; everything they do is designed to enlarge their power, not to diminish it.  Having pointed out this reality of power, Valla then proceeds to focus on the linguistic evidence:

But it is now time, lest I go on too long, to administer a mortal blow to my opponent’s case, already battered and mangled, and to slice its throat with a single stroke.

He can barely conceal his scorn as he picks apart the Donation page by page:

Everything is stuffed with these words–we decree, we adorn, imperial, imperatorial, power, glory; and he has put exists in place of “is” since existing implies prominence or superiority, and indeed for of course, and bed-mates for “companions.”  Bed-mates are those who sleep together and have intercourse, and must naturally be understood to be whores.

Valla notes that the text of the document is filled with “barbarisms,” or bad Latin prose that could only have been written by someone with an imperfect knowledge of the language.  Specifically he notes the following:

At this juncture it is pertinent to remark that no one would have acted to include all nations in a single phrase of donation, and that no one that had previously plodded through the most minute details such as strap, shoes, and linen horsecloths would not explicitly name provinces which today have one or more kings of their own or rulers equal to kings.  Obviously this forger had no idea which provinces were under Constantine and which were not, for certainly they were not all under him. [Sed ignoravit videlicet hic falsator, quae provinciae sub Constantino erant, quae non erant, nam certe cuncte sub eo non erant.]

Through methods like these, Valla was able to prove beyond the slightest doubt that the Donation was a forgery from a much later century.  Only someone who has painstakingly gone through a text in a foreign language word by word, sentence by sentence, and paragraph by paragraph, can truly appreciate the magnitude of Valla’s achievement.  The modern translator would we well-served by remembering this milestone of forensic linguistics.  For my part, it reminded me of the translator’s obligation to remain faithful to the original text as much as possible, while also selecting the precise word or phrase conveying the meaning and spirit of the original.  For this lesson, I have Valla to thank.

Valla’s ultimate lesson is that language matters.  Words matter.  Words and language have objective significance, and are meant to convey meanings.  Yet we live in an age where, far too often, language is used to fortify ignorance and conceal objective truths.  In a recent article, the political commentator known as The Saker made a few observations along these lines.  Here he lists the features of what he calls the “ideological drone” who cannot–or will not–think critically:

If we review these eight factors identified by author, it becomes clear that he paints a dark picture, a picture of an ignorance-based culture is one in which language itself is constantly under attack.  In the world of the “ideological drone,” speech and writing must be simplified, dumbed down, and stripped of nuance and meaning; we must substitute slithery euphemisms in place of precise identification or descriptions.  The ideological drone does not want to call things what they are beyond a narrow range of simplistic choices; he cannot elucidate arguments, because he has lost interest in even making arguments.  As minds close, language closes also:  vocabulary constricts; sentences become truncated; ideas narrow in range and amplitude; and demands replace dialogue.

The mind of the ideological drone is extremely susceptible to outright lies and forgeries just like the Donation of Constantine of old.  It is not enough to have the ability to unmask frauds; one must have the courage to do it, and the moral goodness to call things what they truly are.  It seems to me that the profile of the “ideological drone” given above meshes nicely with our discussion of forensic linguistics.  We should never forget that words have–or should have–real meanings, and provide an identifying footprint of the person who uses them.

We are not just what we eat:  we are what we say, and what we write.

Explore the world of Sallust in this groundbreaking new translation:

5 thoughts on “Forensic Linguistics: The Footprint Of Language”