Skip to content
HomeWhat Were A Medieval Serf’s Feudal Obligations? 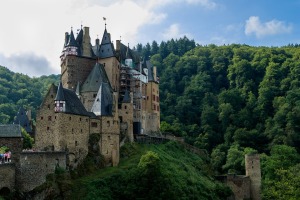 Sometimes I think historians have exaggerated the misery of the medieval serf in Europe.  I would not want to exchange my lot for his, of course, but it is a useful exercise to examine in detail just what his feudal obligations were.  There is no strict definition of “feudalism,” as it varied in time and place; but it found its fullest expression in medieval France.  To understand why it developed, we must appreciate the profound insecurity and chaos that most of Europe was plunged into after the fall of the western Roman Empire.  At that time, security and peace mattered more to the common man than his freedom; and the system worked well considering the environment of the times.

A serf had the right to work the lands of his lord, and in return he was given protection and tenancy.  According to historian Will Durant’s The Age of Faith, these were the basic feudal obligations:

1.  Three annual monetary taxes:  (a) a small head tax payable through the baron; (b) a nominal rent; and (c) an additional nominal tax imposed by the owner of the land on the serf on an annual basis.

3.  A period of conscription for unpaid labor (called the corvee in French) that would be used to conduct public works projects.

4.  The serf had to prepare his food on his lord’s mill, press, oven, or house, and pay a small fee for such use.

5.  The serf had to pay a small fee for the right to hunt or fish on the lord’s lands.

6.  Any legal actions the serf undertook had to take place in the “baronial court,” or the courts controlled by the baron.

7.  If war was declared, the serf had to serve alongside his lord.

8.  If the baron was captured in war, the serf was expected to help raise the ransom for his release (ransoming of noble prisoners was a common occurrence in the medieval period).

9.  If the baron’s son was knighted, the serf had to contribute to a collective gift to the son.

10.  Any goods that the serf sold at a market were taxable, with the small sales tax being paid to the baron.

11.  The serf could not sell his own beer or wine until his lord had exercised his own right of first refusal.

12.  The serf was usually expected to buy a certain amount of the lord’s products (usually wine) each year.

13.  If a serf’s son entered the Church or left the manor, the serf had to pay a fine as compensation for the loss of one of the lord’s men.

14.  The serf would also have to pay a tax to the lord if one of his family married someone outside the manor.

15.  On paper at least, there is evidence of a ius primae noctis, or the right of the first night, whereby the lord had the right to deflower a serf’s new bride on the event of their wedding.  We do not know how often this custom was actually enforced; in practice, a serf could “purchase” the right from the lord by paying a small fee, and this is probably how such things were handled in practice.

16.  If the serf died childless, his property rights passed back to the lord, rather than to any other family members.  Sometimes the lord was entitled, as a form of inheritance tax, to take one of the serf’s domesticated animals as payment. 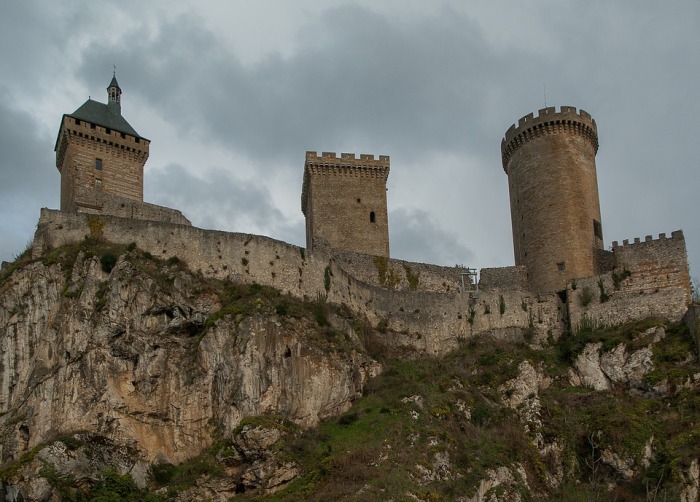 These were the basic feudal obligations owed by a serf to his baron, according to Durant.  If the financial burden seems crushing, we must remember that in practice, each of the fees described were small.  People still had to work, to eat, and to live their lives.  Feudalism would not have lasted as long as it did had it been unreasonably burdensome. We should remember that one person, or one family, never paid all of these dues.  In addition, inflation was not a problem in those days; these dues remained the same for a very long time, sometimes for centuries.  Lords were also known to waive or overlook many fees that they were due, simply to preserve manorial tranquility.  As Durant says:

The [feudal] dues exacted of [the serf] were largely in lieu of a money rent to the owner, and taxes to the community, to maintain public services and public works; probably they bore a smaller proportion to his income than our federal, state, county, and school taxes bear to our income today.  The average peasant of the twelfth century was as least as well off as some sharecroppers in modern states, and better off than a Roman proletaire in Augustus’s reign.

This has the ring of truth.  We like to think, in our modern era, that our lives are light-years ahead in improvement on the lives of our forefathers in past centuries.  And in general this is so:  no serious person can argue that the lot of the medieval serf is to be preferred to the lot of the average man in the United States of the 21st century.  My purpose here is not to argue that the medieval serf’s life was an ideal one.  And yet there is still some lesson to be learned here.  Does it not often seem true that the more “labor-saving” devices we invent, the harder we work?  Does it not seem true that technology and gadgets look more like trade-offs, rather than panaceas?

The reader will have to reflect on these matters for himself.  It may be disconcerting for readers to discover, when he adds up all his federal, state, and local taxes, that they may actually be paying more (on a percentage basis) than the serf of medieval times.  Or he may be startled to find out that, when the hours are tallied up, he actually works longer and harder than any of his predecessors in recorded history.  This knowledge, of course, might prompt uncomfortable questions.

Perhaps the most we can say is that we should cultivate a healthy respect for the past.  We should learn to be wary of simple answers, stereotypes, and easy solutions.  Ancient and medieval man was not a fool; his social structures developed for specific reasons, and they served him well considering the challenges he was facing.  One of the first lessons of history is that we should check our arrogance at the door; a healthy dose of humility does wonders for our understanding of the past.

14 thoughts on “What Were A Medieval Serf’s Feudal Obligations?”