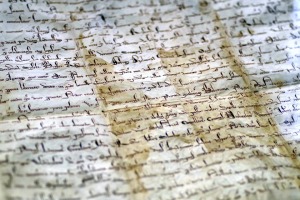 Of the literary works of classical antiquity, only a fraction have survived to the present day.  What fraction this is, we do not know; one estimate places it at one-fourth, but the true figure will never be known.  The reader may wonder how it can be that literary masterpieces could have been permitted to fade into obscurity, and then oblivion; but, on further reflection, he will marvel more at the fact that anything at all survived from antiquity than rue the losses we have suffered.  Printing and the mass production of books are relatively new inventions.  For most of history (in Europe at least) books could only be reproduced as fast as a copyist could transcribe them.  Multiplicity was the only insurance against destruction:  the more copies in existence, the better the book’s chance of survival.

The easy availability of papyrus during Roman times was cut off during the generations of chaos and poverty that accompanied the transformation of the Western Empire into a patchwork of barbarian kingdoms.  The vellum codex replaced papyrus, but it was far more expensive and scarce.  Books could only be afforded by the very wealthy or by the Church.  Even more fatal to the great works of antiquity was disinterest and neglect.  Theology began to displace the pagan concern with philosophical questions; faith, for a time, pushed reason and philosophy firmly to the side.  There was less and less interest in copying, reading, or studying the great pagan works on a wide scale.  Precious manuscripts were overwritten or expunged to make room for missals, religious works, or ledgers.  This picture was not uniform, of course, but it does summarize the general spirit of the era.  We must not condemn the Church too much in this regard, for without its stewardship and protection of the works of Greece and Rome, we would today have nothing left at all.

When the Renaissance dawned during the life of Petrarch, this dismal picture began to improve.  The spirit of the times was changing; new vibrations were in the air, and thoughtful men were seeking new ways of looking at the world.  The age of the manuscript hunters had begun.  The first true humanists–men like Petrach, Poggio Bracciolini, Leonardi Bruni, Lorenzo Valla, and many others–combed the ecclesiastical libraries of Germany, France, and Italy to see just what had been collecting dust on the cold shelves for so long.  Petrarch himself was personally responsible for recovering many new writings of Cicero, as well as hundreds of examples of his personal correspondence to friends and associates.  In one of Petrarch’s letters, written to a papal secretary named Luca da Penne around 1374, the scholar describes his early love for Cicero and his works.  He mentions that one of his early teachers, Raimondo Subirani, had kindly lent him many books from his personal collection.  Books were expensive rarities in the fourteenth century, and were often jealously guarded. 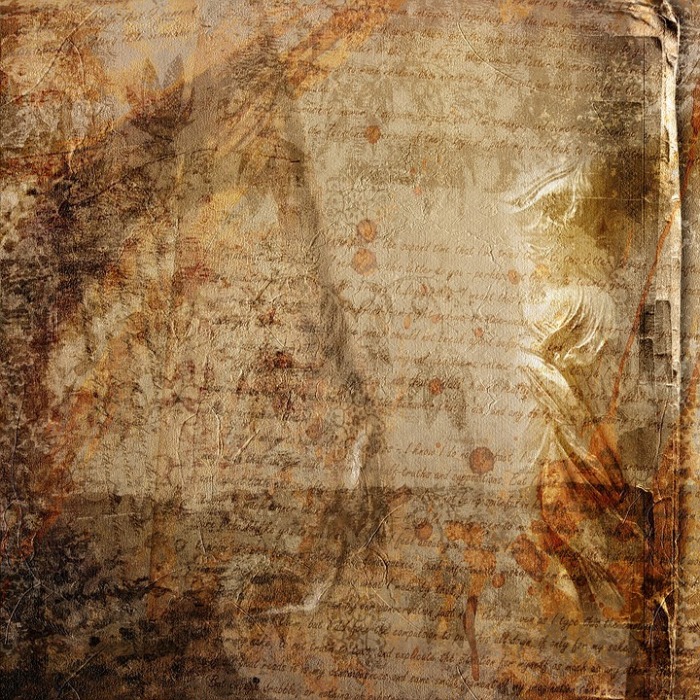 Petrarch tantalizingly mentions that among the books he was exposed to was a copy of Cicero’s now lost treatise De Gloria (On Glory).  It was apparently a short work, comprising only two books.  By way of comparison, De Officiis (On Duties) is three books, and De Finibus (On Moral Ends) is composed of five.  He was aware of its extraordinary rarity, for he describes it as singulares libri duo De gloria, meaning “two books of the precious De Gloria.”  But On Glory, if Petrarch indeed ever did have it, slipped through his fingers.  Petrarch tells us that after his father died, he felt obligated to help one of his teachers who had fallen on hard economic times.  At one point, we are told, this teacher was in such dire straits that he either absconded with, or was given, the manuscript of On Glory; the teacher claimed he needed the book for his own research.

Once lent, the book never came back; every time Petrarch would ask for it, he was put off by one excuse or another.  He would eventually find out that the priceless manuscript had been pawned; and when he pressed the man to reveal who had bought it, the teacher tearfully protested that he could not reveal the secret for shame.  The teacher eventually moved to Tuscany, and there died without ever revealing what had happened to the book.  Petrarch bitterly lamented,

And so in the end I was unable to discover, with any due diligence, the faintest clue about this lost work of Cicero; I could not have cared about anything else.  Thus, at the same time, I lost both my instructor and my books.

No scholar or man of letters can read these words without feeling the acutest pain.  For if Petrarch’s story is true, then we must accept that a priceless work by one of the most famous of all Latin authors survived the Middle Ages, only to be lost in the fourteenth century through the callous stupidity of some private tutor.  It is a bitter pill to swallow.  If this teacher actually pawned the unique manuscript, it would have been an unforgivable crime.  But is the story accurate?  Is it possible that Petrarch was mistaken, and that his account (written just before his death) confused De Gloria with fragments of another Ciceronian treatise?

Cicero himself stated (On Duties II.9) that he had written a treatise called De Gloria in two books.  So we know that such a work did exist.  An 1893 article by Robinson Ellis that appeared in The Classical Review (Vol. VII) entitled “De Nolhac on Petrarch and the Humanists” discusses competing theories about the book’s fate.  Traces of De Gloria may have appeared here and there in the following two centuries after Petrarch’s death.  According to this theory, two Renaissance scholars (Philelfus and Pietro Alcionio) used it in their own writings.  Several of Alcionio’s contemporaries went even further, accusing him of plagiarizing whole sections of the only extant copy of De Gloria, and then destroying the sole original manuscript to cover his tracks.  This accusation has not stood the test of time; it is beyond belief that any scholar, no matter how malevolent, would ever do such a thing; and in fact the 18th century humanist Girolamo Tiraboschi demonstrated that the accusation was spurious. 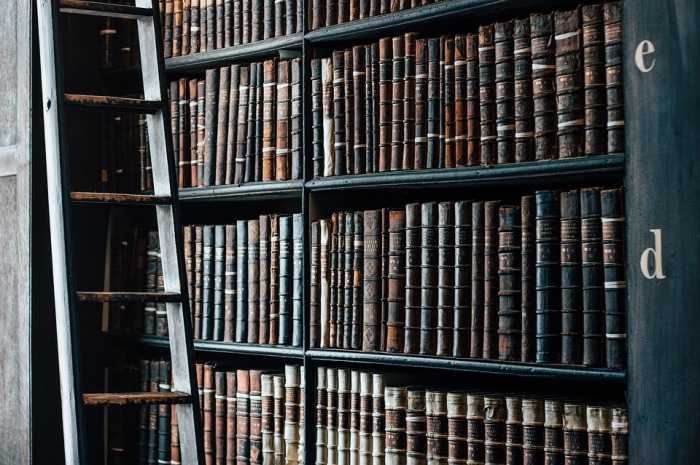 Historian Pierre de Nolhac believes that neither Alcionio nor Philelfus actually had the book:  for if they did have it, they would certainly have made such a momentous discovery known.  This view is certainly a rational one, but gnawing doubts remain.  In a 1908 article in The Athenaeum Journal (No. 4197, April 4, 1908) the question of the lost De Gloria again was raised.  The editors had this to say about De Nolhac’s findings:

Petrarch claimed to have possessed in his youth the lost De Gloria of Cicero, which disappeared through the dishonesty of his tutor; but M. de Nolhac (in our opinion, on insufficient grounds) disallows the claim.  In an age when the frontiers of the remains of Roman literature were still unmapped, it is likely enough that a young scholar might meet with a unique MS, the value of which he would only subsequently discover.

This to me seems logical and reasonable.  Why should we question Petrarch’s claim to have once had De Gloria?  He had an unrivaled knowledge of Cicero in his day, and there is no evidence that he lost his faculties in his later years.  As I see it, it is just as easy to believe that the manuscript is still out there, possibly buried among the vast holding of, say, the Vatican Library, some private collection, or some national museum.  It is not unknown for such things to happen.  Readers of my Stoic Paradoxes will recall that we noted (in the introduction to the Dream of Scipio) the full text of Cicero’s De Re Publica was finally located on a palimpsest in the Vatican Library in the eighteenth century, long after it had been thought to be irretrievably lost.  Some classical authors have survived on the basis of a single manuscript.  The work of Velleius Paterculus, who authored a Roman history in two books, was considered lost until its text was unearthed in 1515 by Beatus Rhenanus in the monastery of Murbach in Alsace.  This manuscript was described by Beatus as almost hopelessly corrupt, but diligent work by him and others restored it to a condition of reasonable legibility.  Copies were made, but the originally discovered manuscript somehow disappeared again.

New manuscripts, or fragments of manuscripts, of writers both ancient and modern are constantly being unearthed in out-of-the-way places around the globe.  It is a sobering fact to remember that the converse is true as well:  precious manuscripts and other works of art are being constantly misplaced.  Knowledge is highly perishable.  Its survival must be constantly fought for and safeguarded, and must never be taken for granted.  For now the mystery of De Gloria remains unsolved, but we should not rule out the possibility that one day it will be found.

Until that time, we must console ourselves with the thoughts of other writers on the subjects of fame and glory.  I like these thoughts on the subject of earthly fame, taken from the writings of Dr. Samuel Johnson.  The comments display his usual blend of wit and wisdom:

Those who are oppressed by their own reputation will, perhaps, not be comforted by hearing that their cares are unnecessary.  But the truth is that no man is much regarded by the rest of the world.  He that considers how little he dwells upon the condition of others will learn how little the attention of others is attracted by himself.  While we see multitudes passing before us, of whom, perhaps, not one appears to deserve our notice or excite our sympathy, we should remember that we likewise are lost in the same throng; that the eye which appears to glance upon us is turned in a moment on him that follows us, and that the utmost which we can reasonably hope or fear is, to fill a vacant hour with prattle and be forgotten.  [Macaulay’s Essay on Johnson, Boston:  Allyn & Bacon, 1924, p. 128]