Skip to content
HomeDo Not Be Too Proud Of Your Generosity 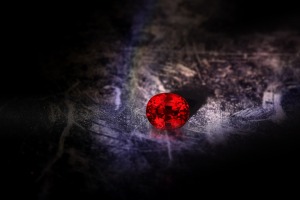 I have always counted myself fortunate when receiving the generosity of another.  I have never paused to ask questions about the circumstances of the giver, or to weigh the relative merits of a gift.  To be graced with the kindness of another is enough.  Perhaps what matters more is the sincerity of the giver; for a gift wrapped in cold anonymity is valued less than a benefaction derived from proximate familiarity.  We appreciate any generosity, but are more likely to cherish that which carries this aura.

There is an old story that illustrates this point.  There was an eighth century Arab general named Ma’an Ibn Za’ida al-Shaybani.  He originally served the Umayyad caliphs; and having been spared execution when the Abbasids took power, he was able to secure a pardon from the caliph Al-Mansur.  Around 759 A.D. he was appointed governor of Yemen, and energetically brought the region under Abbasid control.  His biographer Ibn Khallikan (III.400) describes him as an effective commander known for his unsolicited acts of generosity.  He describes the following vivid anecdote.

Ma’an eventually fell out of favor of the caliph Al-Mansur, and the caliph ordered a search to be made for him, presumably to put him in prison.  One day, as Ma’an was leaving one of the gates of Baghdad named Bab Harb, which in English means “Gate of War,” he was stopped by a common soldier who recognized him and knew he was a wanted man.

“You are Ma’an, son of Zaida, the person whom the caliph is looking for,” he declared.

“What! How can you say this?” said Ma’an.  “Where is the similarity between me and Ma’an?”

“By God!  Do not try to deny it, sir, for I know you better than you know yourself!” replied the soldier.

Seeing that the soldier was serious, Ma’an relented.  He produced a jewel from his pocket and gave it to the soldier.  “I want you to have this,” he said.  “It is worth many times what the caliph is offering as a reward for my capture.”  The soldier took it, and examined it closely.  Then he said, “You speak the truth, general, as to its value.  But I cannot accept it without first asking you a question.”

“It is said by all that you are known for your generosity.  But let me ask you this:  was there ever a time that you gave away all of your fortune?”

“One half, or one-third?” was the next question.

“And how about one tenth?” the soldier pressed him.

“Well then, by God, this was no great burden for you.  But I, a simple soldier in the employ of the caliph Abu Jafaar Al-Mansur, live on only twenty dirhams per month.  This jewel you just gave me is worth many thousands of dinars.  And now I wish to give it back to you.  I give it to you as a token of appreciation for you acts of generosity, and for the good you have done.  But I also want you to know now that there is a man in the world more generous than you, sir.  So from now, be not too proud of your acts of generosity.”  As the soldier said this, he returned the jewel to Ma’an, and allowed him to proceed, thereby letting him go free.

This was almost more than Ma’an could bear.  For in the traditional ways of the Arabs, to be bested in an act of generosity could be seen as a serious loss of face.  Ma’an said to him, “By God!  You have disgraced me!  I would suffer less from the loss of my life’s blood than from what you have just done.  Please take back what I have given you, for I can make do without it.”

At this the soldier laughed and said, “O General, I can see you would like to cancel my words.  By God, I will never take a reward for doing a good action.  For me, that is its own reward.”  And with this, he turned away and left.  Ma’an later tried to find this soldier, and hired many assistants to try to find him and repay him.  But he was never located, and Ma’an never could discover who he was.

To me this story wonderfully illustrates the point that we should never be too proud of our own generosity.  What matters, as we said earlier, is the sincerity of the giver and his emotional connection to the recipient.  In the contest of magnanimity between the soldier and Ma’an, it was the soldier who more perfectly exemplified what Cicero would have called magnitudo animi, or greatness of soul. 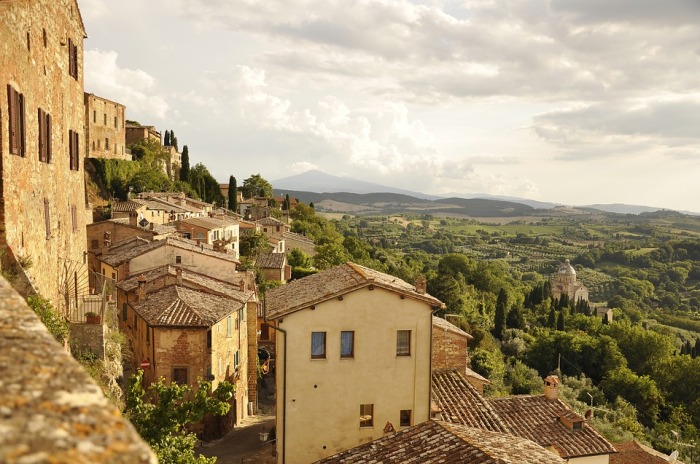 We may contrast this tale with story related by the Renaissance humanist Petrarch, a man who was so revelatory in his letters and essays that I almost feel as if I know him personally.  Around 1359 he wrote a letter (Familiares XXI.11) to one of his friends, a man named Neri Morando.  He says that there was a certain goldsmith who lived in the city of Bergamo who earnestly wished to meet him.  Petrarch was a famous man, and this goldsmith had collected all of his writings.  He was an old man and, as Petrarch says, he was “seized with a most ardent desire to win my friendship.”  The man invited Petrarch to his house, and won over the scholar with his sincerity and good nature:

No one surely would have been so rude and surly as to refuse to see him…How could I have done otherwise?  I was completely vanquished by the man’s attractive countenance and his sincere and persistent attentions, and received him with hearty and unreserved good-will…He seemed to have reached the very summit of his fondest hopes and to be metamorphosed by his joy…Certainly no one ever enjoyed the hospitality of so delighted a host.  In fact his delight was so great that his friends began to fear for his sanity, or lest, as has happened to not a few, he should actually die of joy. [Trans. by J.H. Robinson]

Petrarch was deeply impressed by the simple sincerity of the goldsmith; he thought the incident important enough to make it the subject of one of his letters (which, in those days, were really essays meant for posterity).  The goldsmith was not proud of his generosity; it came naturally to him, and sprang from the deepest well of his soul.  He had no desire or need to make a display of it.  The gratitude that the goldsmith felt towards Petrarch was, I think, a result of the inspiration and solace he derived from reading the humanist’s works.  When one has inspired us to see life in a new way, or to take a new path in life, we are willing to do almost anything to show our appreciation.  As I see it, Petrarch correctly identifies the quality that gave the goldsmith his greatness of soul.  He says that the goldsmith had the “best gift that nature can bestow, for he is an admirer and lover of all that is good and beautiful.”