Skip to content
HomeHow Were Ancient Books Made And Stored? 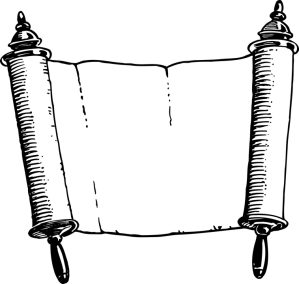 There has been surprisingly little information published on how books were made, edited, distributed, and stored in ancient times.  Yet the subject holds real interest for many of us today.  My goal in this short essay will be to summarize how books were made and stored during the Greco-Roman period.  I am confident that readers will quickly appreciate just how much more convenient our access to written information is in comparison to what our remote ancestors had to contend with.

What we today call “books” were in ancient times rolled sheets of pressed papyrus.  The papyrus plant grew principally in Egypt; its reeds were harvested, split open, dried, and glued into long sheets that could then be written on or illustrated.  According to Prof. G.W. Houston, whose essential Inside Roman Libraries forms the principal modern word on the topic, individual papyrus sheets were generally between 25 and 33 cm high.  Writing was done on one side of the papyrus only, and it was done in columns perpendicular to the length of the roll.  The written side was called in Latin the recto (from rectum, “right”), and the blank reverse side the verso (versus, “turning”).  Written columns were normally about 5 to 7 cm wide in prose texts, but could be wider in the case of poetry.  Sumptuously illustrated texts do not appear to have been very common; then as now, the goal of book dealers was to make book production commercially profitable.

The writers of papyrus texts generally had at least some training in the art of copying and interpretation.  This could–and did–vary greatly from place to place.  Better trained scribes knew how to write texts in such a way that the reader’s eyes were not inordinately fatigued; some even made use of an optical effect known as “Maas’s Law” that was used to compensate for the distortion effects of reading wound scrolls.  Amazingly, ancient scribes never paid much attention to punctuation or even spacing between words; examples of ancient books that have survived often show a continuous line of letters.  Readers were apparently expected to be able to supply their own mental word spacing and punctuation.  Once book “volumes” were completed, they would be rolled up, either with a wooden dowel attached or without one.  Sizes of books varied greatly, of course, depending on the type of work.  A long work–such as a historical or geographical work–could fill a roll nearly 20 meters long.  Short works of poetry were much smaller.  If a papyrus book was damaged or defaced, it could be repaired by cutting out the affected part, recopying the text, and then gluing the new section directly back into the scroll.

Once a scroll was rolled up, the name of the author and the title of the work would be written on a strip of papyrus (3 cm x 8 cm in dimension) and glued to the outside of the roll.  This title tag was called the sillybon.  In practice it was easy for a reader to acquire a copy of a book.  The simplest method was to buy a copy from a dealer; the Roman writer Aulus Gellius mentions his trips to booksellers in Athens to pick up volumes for leisurely reading.  Another method was to copy a manuscript yourself; copyright laws did not exist in the ancient world, and no author expected to be able to make a living solely by writing.  But transcribing a long piece of writing is tedious and dreary work, and it is difficult to imagine anyone but the most enthusiastic bibliophile attempting it.  More likely would it have been for a reader to secure the services of a scribe or slave to do the work for him.  For the wealthy this would not have presented any problem.  Cicero seems to have had scribes (librarii) or skilled slaves living with him at certain periods of his life; the fact that so many of his works and letters have survived attests to the care with which he took in publishing his works.

Under such loose conditions, it was only natural that the quality of texts varied greatly.  In theory, anyone could “publish” a book if he could hire enough scribes to release a batch of copies for sale.  Untrained copyists could multiply errors in texts; omissions or deletions by careless copyists could significantly corrupt a text.  The modern scholar often wonders–with not a little unease–just how far the texts that have come down to us may have deviated from the original words of the authors.  But perhaps in practice corruption of texts presented little problem; it is likely that dealers and librarians knew where the best texts were, and sent scribes there to acquire the best copies.

Wealthy Greeks and Romans maintained their own extensive private collections before the advent of public libraries in the imperial period; Pliny the Elder and Varro were known to have vast collections, as did the physician Galen.  If we may believe the testimony of his nephew, the elder Pliny was surrounded by books at all times; he even had books read to him while he ate and bathed.  Prof. Houston notes that Cicero often complained of the difficulty of finding good texts.  In one of his letters to his brother Quintus in 54 B.C., he notes that hunting for decent volumes was “a time-consuming task, and it takes a very careful man.  I know this myself:  after a lot of effort, I have accomplished nothing.  I really don’t know where to turn…copies that are on sale are full of errors.”

Ancient books could not, like the modern codex book, be stacked on shelves.  Collectors and librarians undoubtedly had sophisticated systems of cataloging and storage, and these probably relied on a combination of author and subject referencing.  They could be stored in wall-niches (armaria), cabinets, bins, or even earthen jars.  Insect larvae were a constant problem; there is evidence that cedar wood and oil from Phoenicia was sometimes used to ward off insect pests.  The scribe’s ink was generally made from soot (lampblack) mixed with water and gum arabic.  Pens (calamus) were made from sharpened reeds split at the writing end to hold the ink; bronze pens were occasionally used, but the quill pen from bird feathers does not seem to have been used.

All in all, the realities of the production and dissemination of ancient books should give us a greater appreciation of the difficulties that scholars faced in classical times.  Books took a considerable effort to produce, were not disseminated evenly, and could be filled with errors.  One can only marvel at the effort it must have taken Roman writers like Varro, Cicero, Pliny, and Livy to collate, read, and use manuscripts in the days before mass printing or even properly indexed texts.  On the other hand, ancient man adapted to the situation.  Without the modern media as a distraction, he was able to develop his memory to a degree that would make us moderns blush in shame.

By modern standards, the book business in ancient times was primitive; but we must remember that the situation was far better than it was in Europe during most of the medieval period, when books were even rarer.  With the slow disappearance of the Western Empire after 450 A.D., the commercial market for papyrus in Egypt was cut off.  Once this happened, books could only be produced in vellum or parchment, and these materials were extremely expensive.  Only with the appearance of paper and moveable type in the fifteenth century did things truly improve.  We should be grateful for our books, and respect the tremendous efforts that our ancestors made to put them in our modern hands.

5 thoughts on “How Were Ancient Books Made And Stored?”