Skip to content
HomePreserving Something For Time To Make Better 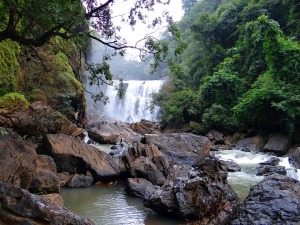 Before I explore the main subject of this essay, I wanted to relate a tale about Alexander the Great’s leadership acumen.  The historian Arrian relates an event that he believes best distills Alexander’s genius for command.  It can be found in VI.26 of his History of Alexander.  When Alexander and his army were passing through the Gedrosian desert (a part of what is now Baluchistan), they ran low on water and began to be tormented by extreme thirst.  Water was almost nowhere to be found, and it would be some time before they could reach a reliable aquifer.

As he always did, Alexander was leading from the front, marching with his men on foot; all could see that he was sharing their burdens and trials.  He knew that a soldier can better handle hardship if he sees his leader by his side.  A small party of his men had gone off to scout the area and see if they could locate water.  This they did; they filled up a bladder from a miserable pool in some gully.  As the scouting party returned to the column, it filled a helmet with water and gave it to their leader.  Alexander thanked them for it, then poured the water out onto the ground.  He was no better than his men, he meant to say; and if the rest of them could not drink, then neither would he.  “I cannot praise this act too highly,” says Arrian, “for it was proof, if anything was, not only of his power of endurance, but also of his genius for leadership.”  This is an accurate assessment.  Consider this ethic with the ethic we see all to often on display in our own experience.  Our own “leaders” seem to adhere to the rule of “Do as I say, not as I do.”  What concerns them is what is good for the elites, not what is good for society as a whole.

Among the many other good anecdotes about Alexander, I like best the following.  As the Macedonian conqueror was moving through northern India, he came into contact with a civilization even older and deeper than his own.  He would be reminded of this on occasion.  One day, as Arrian tells us (VII.1), Alexander encountered a small group of Indian wise men; they must have been adherents of a local faith.  Upon Alexander’s approach, the Indian sages showed not the slightest interest.  This startled the king, who was used to being treated with great deference.  As he got closer, the Indian philosophers rose and stamped their feet.  Through an interpreter, he asked them the meaning of this odd behavior.  This was their response:

O King, every man can only possess only as much of this earth that lies under our feet here.  You are a man just like us; but you are always occupied with some project, and are usually up to no good.  You have journeyed a long distance from your home, and have become a nuisance to yourself and others.  But you will eventually die, and then will only own as much of this earth as it takes to bury you.

Arrian says that Alexander expressed his “approval” of these words, and perhaps this is true.  But I am not so sure.  More likely is that he was taken aback at these blunt words of the Indian philosophers.  Yet what possible response could he make to such a pronouncement?  We spend so much of our time running around in pursuit of inane goals that we fail to consider what it all leads to.  As in most things, of course, there is a balance.  We cannot simply throw up our hands and withdraw from the responsibilities of life, but at the same time, we should have our eyes on the sun-dial of life.  Its shadow lengthens and contracts; and with each of these iterations, our time on this earth passes away ever so steadily.  We can lust after land, goods, possessions, and everything else; but in the final analysis it will not be these possessions that confer immortality.  What will remain are our achievements, the record of our deeds, and our contributions to the advancement of knowledge, morals, and ethics; what will also remain are our progeny, the children we raise and bequeath to the world, as they merge into humanity’s faceless mists.  These are the things that will live forever.

But to appreciate these things takes time.  The mind has to mature into them; they cannot be learned except through experience and time.  And this reminds me of another anecdote I read in Aulus Gellius’s Attic Nights (XIII.2).  Two Roman poets and tragedians, Marcus Pacuvius and Lucius Accius, once had a chance meeting.  Accius was traveling to the city of Tarentum, and he stopped to visit Pacuvius, who was then an elderly man living in that city.  The two of them discussed one of Accius’s plays, Atreus.  Pacuvius said he liked the play, but that it seemed to him to be a little rough around the edges.  Accius admitted that this was so; but he also said it was a good thing.  He explained himself:  “I am glad that what I wrote was a bit unpolished.  They say that a man’s mind can be compared with a ripening fruit:  the fruits that are bitter and tough eventually mellow into something juicy and sweet.  But the fruits that start out ripe and juicy quickly end up rotten and spoiled.  He concluded by saying:

And this means, “Thus it seems to me that something should be left in the mind that time and age might improve.”  So while we should seek to improve, we should not rush the process with exaggerated haste.  Things will ripen as they ripen; we should not become unduly worried if we are still rough and unpolished.  Better to ripen gradually, than to ferment too soon.

4 thoughts on “Preserving Something For Time To Make Better”