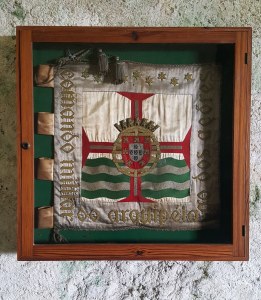 I arrived in Ponta Delgada on the island of San Miguel in the Azores early yesterday morning.  I have had a chance to do a bit of exploring of the city, and have some short trips lined up for the coming week.  I’m very impressed so far; the climate is temperate and pleasant, and the overall “feel” of the city is very congenial.  I was surprised at how different the idiom here is compared to the style of Portuguese spoken in Brazil.  It is very different, at least to me.

After a small breakfast today I decided to visit the Military Museum of the Azores (Museu Militar dos Açores).  It is an old fortress on the waterfront, and contains an assortment of 19th century military equipment and uniforms.  It’s always interesting for me to learn about the military traditions of countries other than my own, and I was not disappointed.

The city here is clean and well-ordered.  Many of the buildings are garnished with black volcanic stone and white-colored tiles or plaster, which presents a fine appearance.  Sidewalks are designed with the same kind of inlaid stonework that can be seen in Brasil and Portugal.  The little bit of reading I did on the islands informs me that they began to be populated by the Portuguese crown during the 1420s.  There does not appear to be any substantiated, hard evidence of human habitation here before this wave of colonization in the early fifteenth century.

After spending time in the military museum, I headed over to a small restaurant on the water named “Cais da Sardinha,” which has very good seafood for a good price.  The relevant photos are shown below: 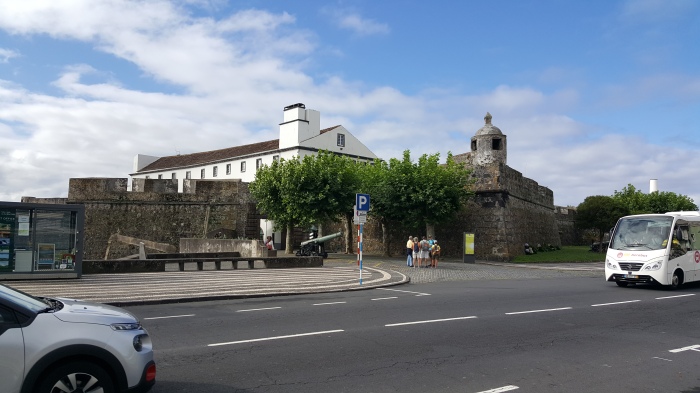 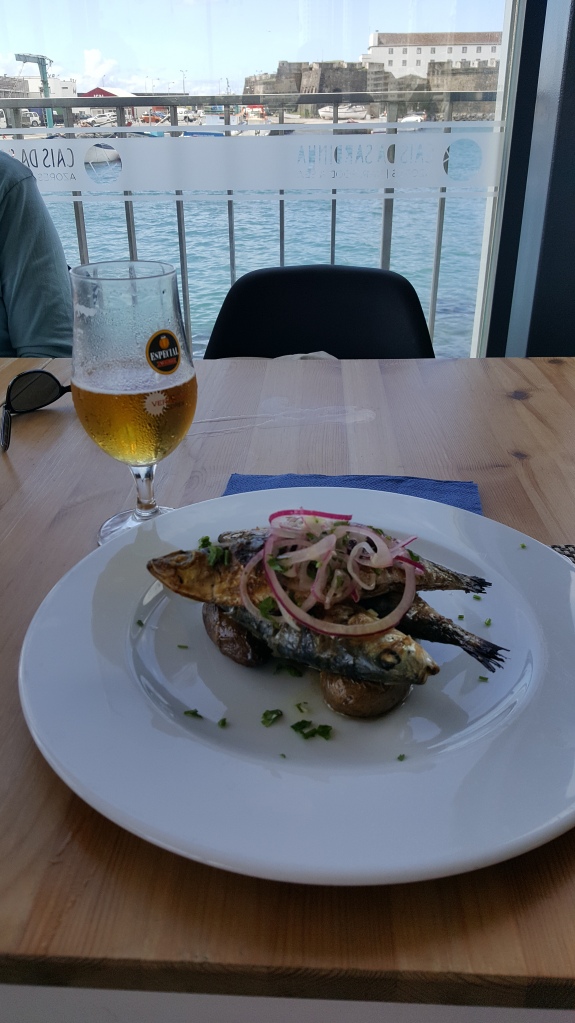 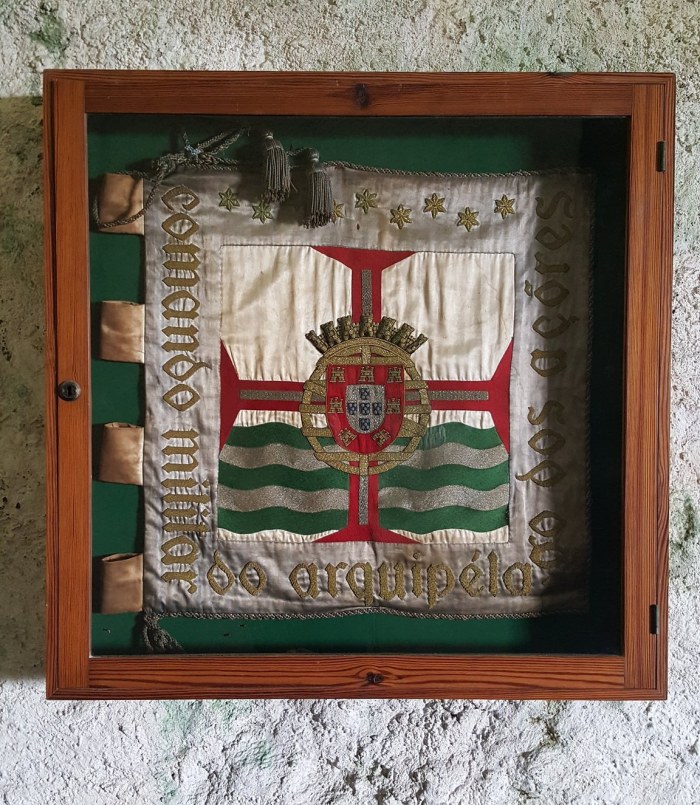