Skip to content
HomeWhat Knowledge Comes To Us From Dreams?

Arthur Conan Doyle’s sinister short story “The Leathern Funnel” deals with a phenomenon called psychometry:  the supposed ability of material objects associated with emotionally charged experiences to preserve and transmit a record of such events.  Published in 1900, the tale begins innocently enough with a meeting between friends, then slowly builds to an ominous crescendo of unease and sadistic malignancy.  Lionel Dacre, a wealthy owner of rare curiosities, owns a very old leather funnel from seventeenth-century France; the funnel has mysterious scratches, or bite-marks, on its neck.  Dacre persuades a friend (the unnamed narrator) to sleep with this funnel by his bedside.  In his dreams that night, the friend makes a horrifying discovery:  the funnel was actually used as a water-torture device during a pretrial procedure euphemistically called the “Extraordinary Question.”

Whether psychometry is a real phenomenon, each reader will have to form his or her own conclusion.  If it does exist, then we would have to conclude that inanimate objects possess, or retain, certain “forces” that can only be apprehended at the unconscious level.  Our dreams then become the transmitter of that information to the conscious mind.  Or perhaps we have it reversed:  perhaps our minds have certain information-collection abilities of which we are unaware.  Perhaps contact with, or a proximity to, certain objects or places can enable some individuals to perceive information that is not readily available through conventional channels.  These were the thoughts that came to mind after reading the following grisly tale in an old, forgotten volume of nautical lore.  The story does not involve psychometry, but it does deal with the idea that dreams can transmit knowledge that is beyond the power of our ordinary senses to apprehend.

In June of 1695, the vessel Mary sailed from Spithead, England, to the West Indies.  Spithead is an area near the Isle of Wight in southern England between “The Solent” and the English Channel.  The ship was commanded by one Captain Jones, and had a crew of twenty-two men.  Early one morning, the ship collided with a series of rocks called the Caskets, which lie two or three leagues south of Guernsey.  So sudden was the collision, and so extensive was the resulting damage, that the ship went down in thirty minutes; only fourteen men survived, but they had had no time to rescue any provisions from the ship before it went down.  They found themselves marooned on the rocks, with nothing to eat or drink, and with nothing to protect themselves from the scorching sun.  Among the survivors was a man named Adams.

For the first few days, the men collected and consumed limpets scrounged from the rocks.  Finding these did not satisfy them, but only increased their thirst, they hunted about for pools of stagnant fresh water, but could find none.  On the third day after the wreck, they killed and ate the ship’s dog, which until that point had survived.  For nine whole days and nights, the survivors wasted away on the rocks, tormented by hunger and thirst; finally, on the tenth day, they made that fateful decision so familiar and dreaded in the annals of survivor literature.  They decided to cast lots to see which man, or men, might be willing to sacrifice his body to prolong the lives of the others.  According to the account, the horrific plan was that two men would be chosen, who would then stab themselves; the others would insert a tobacco pipe into the wounds, to suck out his blood and there assuaging their thirst. 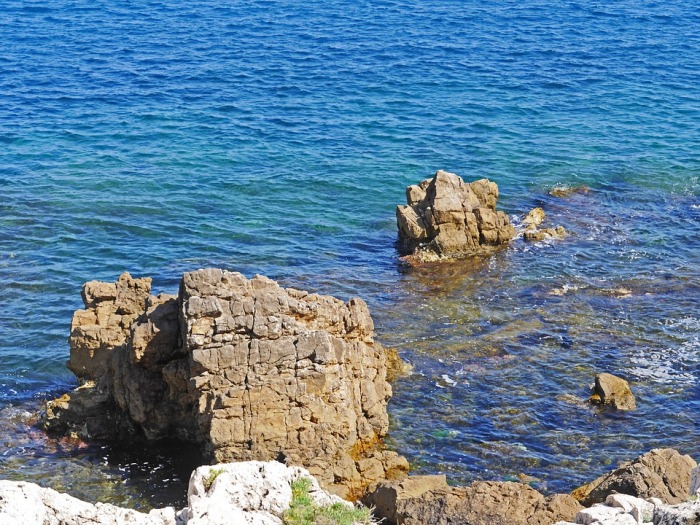 Once the two were chosen, it was decided that they should wait one more day, just in case a ship might come by and rescue them.  But no ship came the next day; the group carried out the grim slaughter of the two victims, and made use of the pipe to suck out their blood.  This gave the survivors a temporary reprieve, but death seemed to be inevitable.  Finally, a day or so later, a passing ship from Guernsey to Southampton saw the scrap of shirt hoisted on a stick that the survivors had been using as a distress beacon.  The ship’s captain, a man named Taskard, brought the wretched survivors aboard, all of them by now in a pitiful state.  He gave them all two mugs, one of cider, and one of water, which they all consumed greedily; two men, however, recklessly consumed a bottle of spirits, and promptly rolled over dead, their bodies unable to handle the shock of the concentrated alcohol.

But this is not the end of the story.  Later that night, Captain Taskard related that he had never intended to steer his ship near the Caskets.  The only reason he did so, was at the intense urging of his son.  The boy had told his father that he had twice dreamed that there were survivors of a wreck there, edging towards death.  Taskard, not wanting to be deflected from his course to Southampton, had ignored his son’s pleadings; but when a favorable wind had arrived, he finally decided to investigate.  Had it not been for the boy’s prescient dreams, the castaways would certainly all have died.  How can it happen that such information could come in a dream?  Or is it simply a matter of blind luck, or coincidence?