Skip to content
HomeThe Insanity Of The Daughters Of Proetus 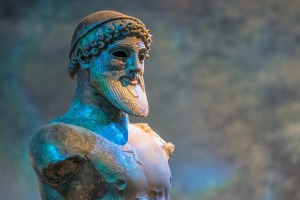 Pliny’s Natural History (XXV.47) contains a passage that discusses hellebore, a medicinal plant that in ancient times was used to treat insanity.  One variety of hellebore, he says, is called melampodion, a name acquired from a shepherd named Melampus, who noticed that the plant had a purgative effect on his female goats (capras purgari pasto illo animadvertentem) once they had eaten it.  This milk, we are told, cured “the daughters of Proetus of madness.”  Pliny even describes a detailed ritual supposedly used to collect the plant.  But who were the daughters of Proetus?  What story is being referenced?

Proetus was a mythical king of Tiryns, a Greek Mycenaean site in the Peloponnese.  He is not a well-known figure, but he is mentioned by the Renaissance scholar Angelo Poliziano in his learned Miscellanies (caput 50).  Poliziano relates the tale of the insanity of the daughters of Proetus; there are several versions of the story, but the one he seems to favor is that version provided by Apollodorus of Athens, a scholar who lived from about 180 B.C. to 120 B.C.  This, then, is the tale as told by Apollodorus. 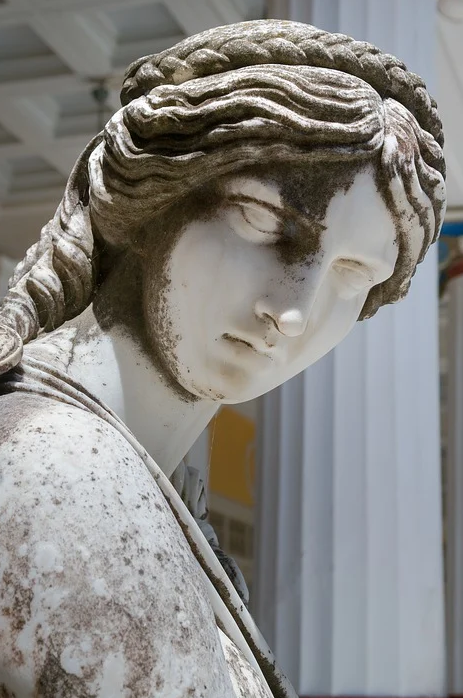 Three daughters were born to King Proetus and Sthenoboea, and their names were Lysippe, Iphinoe, and Iphianassa.  As these three girls grew to adulthood, they became gripped by a strange kind of destructive insanity and hysteria.  The precise origin of the affliction is uncertain.  The poet Hesiod says it was punishment due to the girls’ failure to participate in the rites of Bacchus; another writer, Acusilaus, says it was because they had insulted a statue of the goddess Juno.  The goddess made the girls insane as a punishment for their profane behavior.  In any case, their reckless insanity took form, and they ranged all over the land, causing havoc and refusing to wear clothing.  The situation was both humiliating and subversive.

Finally, a seer named Melampus, the son of Amythaon and Idothea, stepped forward and offered to solve the problem.  He claimed a knowledge in the art of human relations.  Yet his services would not come without a cost, he reminded people.  He told King Proetus that he would cure the girls of their insanity, but in compensation he would require one-third of the king’s realm.  The king balked, of course, greatly irritated at the impertinence of this seer.  But as the daughters’ behavior came to take on more and more of a destructive character, and as other women began to imitate their actions, the king realized that something had to be done quickly.  For, as Poliziano says, women in the grip of the insanity

Clearly the situation was intolerable, and decisive action was needed.  King Proetus finally agreed to accept Melampus’s price.  Yet now Melampus increased his price, as external conditions had worsened since he first made his offer to the king.  The price now, Melampus said, would be for his brother Bias also to receive one-third of Proetus’s domain.  Melampus told the king that his delays had contributed to a worsening of the situation, and that this fact would have to be recognized.

Proetus was now out of options; he accepted the conditions, afraid that even more payment would be required if he delayed any longer.  Melampus proceeded quickly to assert control of the situation, and curb the insanity of the roaming, insane daughters and those who had joined them.  He mustered a force of the strongest men he could find, men whose resolution would not be shaken by the expected antics and hysterics that would naturally be let loose on them.  The young men organized themselves and, using “shouts and a kind of wild dance,” drove the women from the mountains to Sicyon (a Greek city-state between Corinth and Achaea).  Apollodorus says that the eldest daughter, Iphinoe, died during this drama, but that the rest of the women were cured of their insanity.

King Proetus’s realm was saved; in gratitude, besides the payment he had previously agreed to, he gave his two daughters to Melampus and Bias in marriage.  This is the story as it is related by Poliziano.  And so it was that firm, decisive action by men of vigor and courage saved the state from the chaos wrought by hysteria.

Read more in the complete collection of essays, Digest: