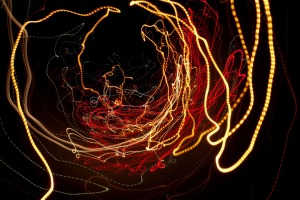 In Pantheon, we devoted a chapter (“The Heart Of Plotinus”) to the foundational text of Western mysticism, Plotinus’s Enneads.  That text made it clear that every man possesses within himself the capacity for special knowledge of the world; and every man has the potential for awareness of things outside the realm of accepted cognition.

Some will use and develop this innate and intuitive capacity, and some will not.  The question then arises: what are the attributes of the true mystic?  And for those who seek to embark on a study of this field, what traits mark those with natural talent?  An awareness of these traits will assist us in our own spiritual explorations.

The great mystics of Christianity, Judaism, and Islam all seem to have a few core traits in common:

1.  A capacity for concentration.  The ability to master large amounts of recondite and difficult material is a prerequisite for success.  This must happen before the novice can approach the more abstruse doctrines.  Before the great rewards can be reaped, a great deal of effort must first be expended.  Furthermore, without a single minded focus on study, ritual, and recitation, it will not be possible for the student to achieve the correct mental states required for ascension to higher consciousness.

2.  A sincere and pious disposition.  The true seeker is not a chest-beater, a braggart, or a publicist.  He does not wish to be seen to do good, but instead wishes actually to do good.  The open heart carries the additional advantage of not being enmeshed by the nets of jealousy, pride, or preconception; it is willing to give a fair hearing to doctrines that may run counter to its own experience and common sense.  The mystic is a lover, first and foremost:  a lover of truth, divine knowledge, and the wonders of the natural world.

3.  A soaring imagination.  The literature of the best mystics is marked by an intoxicating language derived from the seeker’s imaginative creations.  This is not frivolous vanity, but rather a necessary part of the search for esoteric knowledge.  The fundamental nature of existence is cloaked in ambiguity.  As we delve more deeply into our own imagination and our own dreams, we quickly discover that our imagination serves as a “bridge” (in Arabic, a برزخ or barzakh) between the world of the spirit and the world of the corporeal.

Unless we understand the imagination and how it operates, it is not really possible to grasp the deeper core of mystical doctrines.  The great mystic Ibn Arabi assured us that imagination (خيال or khayal) actually took place on three planes:  in the cosmos, where existence equaled the Divine imagination; in the intermediate world between the corporeal and spiritual realms; and in the individual man, whose soul used it as a means of communication with the body.

Not all of us will be great mystics, but all of us can benefit from a consideration of these matters in a basic way; they will open spiritual doors for us previously closed.

If anyone would doubt the power of imagination, let him consider this unsettling story told by Ibn Arabi in his monumental work The Meccan Revelations.

When he was but a beardless youth in his early teens, Ibn Arabi had begun to attract attention for his incredible powers of perception, recitation, and cognition of spiritual matters.  His “opening” came at an early age.

The chief judge in Seville, Spain at the time was the famous philosopher and jurist Averroes (Ibn Rushd).  Ibn Arabi’s father was an acquaintance of Averroes, and one day decided to take his precocious young son to meet him.  Averroes had heard about the young lad’s abilities and wanted to take his measure.  We should also note that he was a strict rationalist, and had little use for the imprecise and airy creations of the mystics, whom he doubtless considered to be mostly deluded.

He asked the boy, “How did you find the situation in unveiling and divine emanation? Is is what rational thought demonstrates for us?”

Ibn Arabi replied, “Yes and no.  Between the yes and the no, spirits fly from their matter, and heads from their bodies.”

Upon hearing this answer, Averroes was said to have gone pale and begun to tremble.  He had no further meetings with the young man, whose strange answer had completely disarmed him.

Read More:  How Character Can Change According To Circumstances

More need to be thinking alone. Away from distractions.