Most of us are familiar with the idea of the “patron saint” in Christianity.  The doctrine is even found in some branches of Islam.  It is a  comforting thing to believe that there is someone out there watching over us, and protecting us in an hour of need.  I never used to give this idea much serious thought until recent years.  But the idea predates Christianity; it was absorbed into Christianity from beliefs that came before it.  The idea of the “guardian spirit” was a commonly-accepted one in the late classical world, as this passage from the historian Ammianus Marcellinus reveals:

END_OF_DOCUMENT_TOKEN_TO_BE_REPLACED 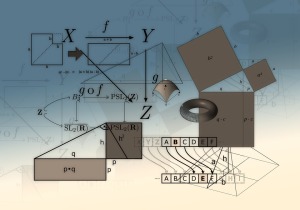 On an airline flight yesterday I was watching a 2014 Mark Wahlberg film called The Gambler.  I had not heard of it before.  Apparently it didn’t do too well at the box office last year, due to its depressing and nihilistic tone.

Regardless, there was a great speech near the beginning of the movie by Wahlberg, who plays an existentially-troubled English teacher.  In the speech to his class, he offers a few words on the whole “Shakespeare controversy”:  that is, were Shakespeare’s plays written by him, or by someone else?

You may know that there is an industry built up around the denial that Shakespeare wrote his places.  These deniers claim it must have been some aristocrat or some professor who wrote the plays attributed to him.