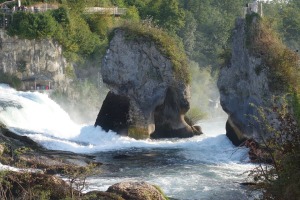 Julian (A.D. 331-363) was one of the most fascinating emperors of the later Roman empire.  While a full description of him and his reign is beyond our scope here, a few words may be said.  He spent a great deal of time and energy trying to revive paganism, only to see his hopes dashed on the rocks of reality.  He was an ascetic personality, subsisting on little food and many books; and it is said that he preferred the salons of the philosophers to the intrigues of the palace.