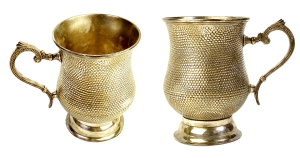 The medieval Arab traveler Ibn Battuta passed through Persia during his many years of wanderings.  One of the regions he visited there was Lorestan, which is today a province in western Iran, situated in the Zagros mountains.  Lorestan was at that time ruled by Muzaffar Al-Din Afrasiyab, a member of the Hazaraspid dynasty, which was a line of Kurdish Sunni composition.  The sultans who ruled this country carried the title atabek, a hereditary Turkic and Persian title of nobility.