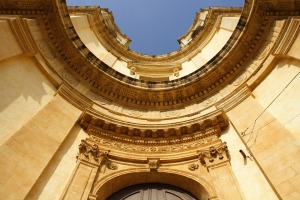 We have previously mentioned the political philosopher Ibn Zafar Al-Siqilli (“The Sicilian”), who lived from 1104 to about 1171.  Very little is known of his early life; his entry in Ibn Khallikan’s Biographical Dictionary reveals little more than a few sad anecdotes.  We do know that he was born under the Norman rule of Sicily, and received a good education in Mecca in Arabia.  A period of wandering followed, which ended around 1150 when he secured a teaching position in Aleppo, Syria.  When war broke out in Syria, Ibn Zafar moved back to Sicily; some years later he moved back to Syria, ultimately residing in Hama, where he died around 1172.