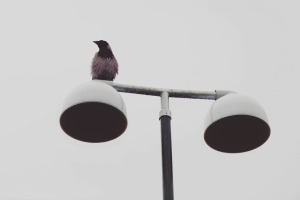 The ancient historians would often mention portents, oracles, augurs, and omens.  The ancients like to interpret events by various such means:  observing the flight of birds (the Romans loved this ), or the entrails of sacrificed animals, or nearly any unusual phenomenon that happened to present itself.

It is not always clear how we should take such observations.  Should we laugh at them?  Gloss over them?  Study them?

Cicero wrote a minor treatise on the subject (On Divination).  Even writers noted for their cool-headed rationality like Plutarch, Livy, and Tacitus would occasionally interrupt their narratives with comments such as:

“In the fourth year of the consulship of [insert name here], it was noted that the sun remained red for seven days.”

“In the third year of the war of [insert name here], it is said that a two-headed calf was born in Palermo.”

On the face of things, it would seem that such comments are relics of an ignorant and barbarous past.  And of course, man’s progress of knowledge since those times have rendered such comments quaint with age.

But is there something more happening here?  It is not as simple a question as it may seem.  Divination, portents, and oracles are very ancient.  It seems clear that they would not have endured so long if they did not serve some useful purpose.  I would be not be surprised that, even today, the horoscope section of the newspaper is more popular than any other section.

I was walking today from Copacabana to Ipanema to meet with girl I had met earlier.  On the way, I saw something that caught my attention.  I saw the proprietor of a drogaria (drugstore) forcibly throw a filthy vagabond out of the store and onto the street.  He seized him by the back of the collar and the seat of the pants and actually threw him out into the street; as I was walking by, he nearly collided with me.  The proprietor’s face was afire with rage.

This type of thing happens nearly every day.  But this was the first time I had seen it.  Something about it left an impression on me.  My date later that day did not go well, despite my best efforts.  Life is like that sometimes.  You just move on.  At the time I saw the “ejection” incident, it felt like it was significant.  It felt like…a portent.

There is no better way to describe it.

Maybe the incident was an example of one of those happenings that the ancients so much liked to use to explain unfortunate events.  Or, maybe the incident had absolutely nothing to do with anything, and I’m just projecting my own misfortune onto an unrelated incident.

This is what I’ve come to believe about omens.

1.  They say more about the person observing the omen, or reporting on it.  In other words, an “omen” only has significance if a person already, somewhere deep in his subconscious, has some predisposition for believing something.  Omens appeal to our subconscious.  Omens are true in the sense that exorcisms “work”:  they operate through the power of suggestion.

They confirm things that we may have suspected for some time.  In my situation, I likely deep down knew that my date was not going to go well.  Or, I had some sense of foreboding about it.

Where all of this really gets complicated is when we ask if such a belief becomes a self-fulfilling “prophecy.” 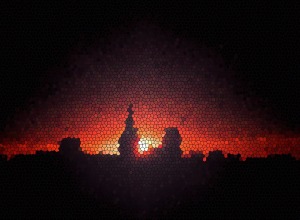 2.  Omens and portents are our way of reminding ourselves that Fate controls more than we like to believe.  Omens are our way of channeling the nervous energy that comes about when we finally recognize that Fortune holds many of the cards in the game of life.

3.  It might be argued that omens were a way of explaining phenomena that were inexplicable to ancient man.  This has much truth, but I don’t get this sense from looking at the actual texts.  Ancient man was not as ignorant as we moderns like to believe.  His range of vision was more limited than ours, but he was not a fool.  The primary purpose of omens, I believe, was to satisfy man’s psychological needs, not his informational needs.

These observations make sense to me.  Divination, omens, portents, and such things must serve some psychological purpose for us, or they would not have lasted as long as they have.  To the question of whether omens are “real” the answer must be:  yes, they are real to he who faithfully observes and reports the omen.  For he who does so reveals something to us of his own inner nature, and his mental workings.

When we seek to understand man, we must look at his habits and practices over many centuries.  Longevity does confer some authority, however much we may dislike the idea.

Read More:  The Need For Adventure