The leadership principle of “economy of management” holds that we should strive to do more with less.  If the ability to do much with limited resources is a measure of greatness, then few field commanders in twentieth century military history are greater than Paul von Lettow-Vorbeck.  His name is relatively unknown today, but a recounting of his exploits in East Africa during the First World War leave no room for doubt that this was one of the few truly great men of that conflict.  His tactics and innovations form the foundation for modern rules of guerrilla warfare.

He came from a respectable Pomeranian family, and was commissioned as a lieutenant in the Imperial German Army in 1890.  His military career began in China at the turn of the twentieth century during the Boxer Rebellion.  He was then transferred to East Africa.  This was the age of colonialism, with the major European powers fighting brushfire wars around the globe; Lettow-Vorbeck, however, did not share the prevailing beliefs of his time, which held that Europeans were racially superior to native peoples.

He attained the rank of lieutenant-colonel in 1913 in East Africa.  Almost alone among his fellow officers (and among the officers of Britain and France), Lettow-Vorbeck taught himself Swahili, a skill that would be of inestimable value to him in the future.  The significance of this achievement, indeed, cannot be overstated.  It shows a visionary and acute mind, far ahead of its time, matched by an ability to cut through the prejudices and stereotypes of the age.

The loyalty and dedication of his African troops (called “askaris”, after the Arabic word “askari” or “military”) can be directly traced to their high regard for his appreciation of their traditions and ways. 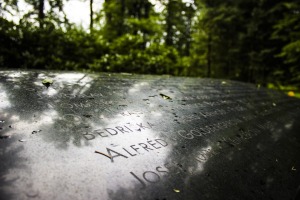 When war came in 1914, he grasped precisely his role in the wider conflict:  divert as many enemy forces away from the main theater of war in Europe.  But how to do this?  He possessed never more than 2,000 German troops, to which were added about 12,000 native African auxiliaries.  But what Lettow-Vorbeck lacked in numbers, he more than made up for in daring, discipline, and an incredible operational tempo.

He simply ignored the inept orders of his superiors in Berlin, and struck out against the British in a brilliant series of moves.  At Tanga and Jassin (1914 and 1915), he shattered British organization in East Africa; then, taking to the field once again, he tore up British railways and communications centers all over the region.

Strict discipline was essential to his philosophy of warfare.  Like Hannibal, it is doubtful that he could have managed to fuse together men of such different backgrounds had he not been a stern disciplinarian.  However, he was well-loved by his men, and never asked them to do anything which he himself was not prepared to do.  In the age of the “chateau general” of Europe’s western front, this was a remarkable quality.

In 1917 he crossed into Portuguese Mozambique to raid stores of provisions and weapons.  This he accomplished at Ngomamo.  By now he and his men were living almost entirely off the land; almost unique among guerrilla commanders, he never ran out of provisions.  When the war came to an end in 1918, the British were still trying to defeat him and his Schutztruppen.

They never did:  he remained undefeated in the field when the armistice came.  He is credited with being the only German commander who successfully invaded and occupied British territory during the war.

He returned home to Germany, but like many military men of that period, was dismayed by the chaos and instability that prevailed.  He married in 1919, but lost his commission in 1920, most likely because of the restrictions on the officer corps imposed by the Versailles Treaty.  He resumed life as a civilian businessman, but served as a Reichstag deputy from 1928 to 1930 as a member of a monarchist party.

He had no place in the new government which took power in 1933; offered a diplomatic post in 1935, he frostily refused.  Lettow-Vorbeck’s life an experiences had shown him the wrongness of racialist theories, and his attitude towards the new regime was one of contempt.

The end of the Second World War left him in a ruinous condition, like millions of his countrymen.  He had lost everything, and several of his sons had been killed in action.  But by the 1950s, his financial circumstances had improved.  He died in 1964, and was accorded full state honors.

Lettow-Vorbeck’s campaigns in Africa set a new standard for the conduct of guerrilla operations.  These lessons would be assiduously pored over by those who followed him.  He always took the initiative; traveled light and lived off the land; struck first where his opponents least expected it; maintained firm unit cohesion and discipline; took risks along with his men; respected his men and understood their culture; never allowed considerations of vanity or ego to cloud his judgement.

He remains, without doubt, one of the twentieth century’s greatest practitioners of the combat arts.  Rarely in military history has one man achieved so much with so little.