Skip to content
HomeOn Making Setbacks Appear To Be Advances 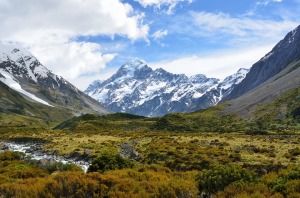 Conflict surges back and forth.  There will be advances, and there will be reverses.  It is inevitable:  no one who is actively engaged in the games of life will be able to avoid reverses.  But then the question becomes:  how may reverses be characterized as gains?

If you believe that this is not a question worth asking, then I would disagree strongly with you.  There are times when it will be necessary to conceal the magnitude of one’s reverses, so as not to embolden the enemy.

Remember:  you will normally have very few allies.  Most people want to see you fail, so that their inaction and timidity are thereby affirmed.  We must be mindful of human nature, which in these matters resembles the proverbial crab in the bucket, clawing at every other crab, to the detriment of all.

There are, of course, many situations in which open admissions of failures can be a great benefit.  This is without doubt true.  But it is also true that sometimes we want to keep our reversals to ourselves.

I remember when I first began practicing as a trial lawyer.  I learned a very useful trick from an older attorney.  In the heat of battle, the judge would often call him to the bench, out of hearing of the jury, to scold him or chastise him for one reason or another.  Good trial lawyers will walk this fine line, and know how to do it effectively.

The judge would be scolding him sternly and quietly.  The jury couldn’t hear what was going on, of course.  And when the bench conference was done, the attorney would loudly and prominently say, with a big grin to the judge, “Thank you so much, your honor.”  In this way, he would make it appear to the jury that everything had gone his way in the discussion with the judge, and that the judge had actually been complimenting him.

It is a brilliant maneuver.

The judge would be startled, but could do nothing.  Everyone thought everything was going his way.  Everyone thought he was winning.  I’ve done this many times, and it always seems to inspire confidence in the jury, and dismay in the other side. 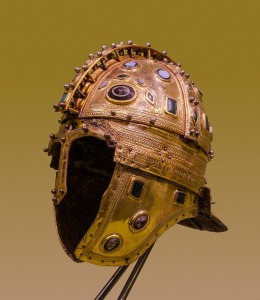 And this is what matters.  You should appear to be moving forward; mistakes or misfortunes are all part of your plan.

When Hannibal first invaded Italy during the Second Punic War, he had with him a large force of auxiliary troops of different ethnicities.  This was in 218 B.C.  Without warning, three thousand Carpetani men deserted his army.  (The Carpetani were a Celtic tribe that inhabited parts of Spain at the time).

Hannibal was afraid that news of this reversal would cause dangerous ideas to be placed in his men’s minds.  So he made it appear that he had dismissed the Carpetani himself.  To reinforce this appearance, he discharged some other men who added little to his fighting strength.

In this way, he made his misfortune appear to be something he intended all along.

A similar ruse was used by the Roman general Lucius Lucullus.  He had assembled his troops to fight; they were composed of a blend of different nationalities, including Macedonians.  Suddenly, the Macedonians rushed to desert to the enemy as a group.  Lucullus then did a very clever thing.  He ordered his trumpeters to sound, so as to make it appear that he had ordered an attack.

This was how Lucullus transformed a certain disaster into a good thing.  And presumably, after the battle, he would have had any surviving Macedonians executed.  Had I been the general, I would certainly have done this.  Treason gets only one chance.

Read More:  The Wreck Of The Medusa