From what sources does it originate?  And how can it be cultivated and sharpened?

We will deal with these questions in a systematic way.  First, we will define motivation.  Second, we will discuss the five origins of motivation.  Third, we will examine two aspects of transformative mental change.  Fourth, we will specify the ways motivation can be sharpened.

It is essential as a preliminary matter to know what motivation is.  It is not thinking, pondering, or ruminating.

It is action:  forward movement or activity, with a purpose.  Consider the etymology of the word itself. The word motivation is derived from the Latin motus, which means movement, motion, or activity.  This fact must be understood and internalized.  Too often, people obsess about the thought processes of motivation, and forget that no amount of thought can be an adequate substitute for movement.

Movement is the key.  The Boot of Fate must connect forcibly with one’s posterior, in order for a person to get motivated.

The Five Sources Of Motivation

This inner movement of which we speak has to come from some internal spark.  It must come from somewhere.  Well, where?  What sources does it emanate from?  As I see it, all motivation come from one or more of these sources:

We will examine each of these sources in some detail.

Necessity is the situation created when one does not have a choice in the matter.  A person can find motivation when he has no other choice.  Consider the many scientists in the twentieth century (Niels Bohr, Einstein, Fermi, etc.) who were exiled from their countries and forced to make new lives abroad.  They really didn’t have much choice in the matter.

Bohr actually was forced to escape from Denmark in a rowboat to Sweden when his country was invaded during the Second World War.  Cicero took up the writing of his great philosophical works when he was prevented from earning a living as a lawyer; with the rise of Antony, the courts and the forum were shuttered, and Cicero was forced into an unwilling retirement.

So necessity can be a powerful impetus to motivation.  One must find ways of doing things when one has no choice.  Just think of all the cab drivers in your city.  How many of them were once educated or successful men in their home countries?  More than a few, you can be sure.  But they had to do what they had to, in order to survive.

This source of motivation is rare.  We do not often see it today.  This category is used to describe those men who are driven by an inner conviction that they are an agent of Fate.  They have been divinely ordained to do something.  They believe, in their bones, that they are an instrument of God or Fate.

Christopher Columbus was such a man.  He was a darkly mystical personality, driven by intense personal convictions.  He is not widely understood.  But there can be little doubt, from studying his career and the accounts of his biographers, that he drew his astonishing conviction from an inner sense of mission that was messianic and mystical in origin.

If someone is animated by this sort of motivation, he is nearly unstoppable.

This is the category that most of us fall into.  This source of motivation comes from an internal decision that we make.  We consciously decide that we want to improve ourselves.  We consciously decide that we want to begin the process of forward movement.  At some point, we become tired of the old patterns and wish for a change.  We wish to push ourselves into new vistas and regions of exploration.  And before we do this, we make a decision.

Sense Of Obligation Or Duty

But this is not the case in many other parts of the world.  Religion, rank, class, or tribe can be powerful motivators.  The advantage of this type of motivation is that usually is tied to discipline and shame.  No man wants to be seen as failing in his duty that was instilled in him from birth.

Discipline cements it into place; and fear of shame keeps it there. 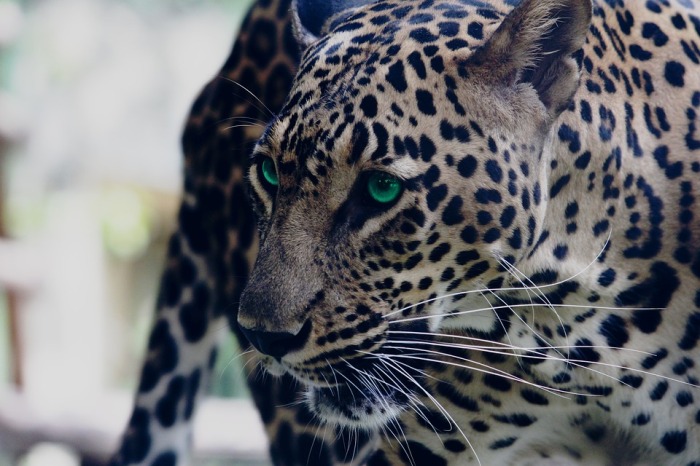 Fear can be a very powerful motivator.  In fact, it is an underestimated source of motivation.  I remember overcoming my fear of heights by going over numerous obstacle courses, and rappelling down many high towers, when I was in the Marine Corps.  What kept me motivated was fear.  I was more afraid of not being able to do the job, than I was of the height itself.

How Can We Transform Our Mental State?

So making the decision to become motivated is the most common source of motivation.  But what keeps us going from there?

These two engines keep the fires of motivation burning brightly.  If we can explore how great men handled certain problems or crises in the past, we can better keep ourselves motivated.  This is one of the reasons why my books Pantheon and Thirty-Seven spent time talking about great historical figures.

Find a historical role model you admire, and ask yourself, “What would X have done in this situation?”  This will help you make your decisions.

The Sharpening Of Motivation

How can we go about sharpening our motivation?

There are no “rabbits to pull out of the hat” here.  There are no magic wands.  In the podcast, I quoted a scene from the great film Michael Clayton.  Near the beginning, lead actor George Clooney tells a frantic client that he needs to get himself under control.  The client has just been involved in an accident where he may have seriously hurt someone.  He is looking for a quick fix to make the problem go away.  But Clooney tells him that there is no “champagne room,” no “angle to play.”

There are no shortcuts, tricks, gimmicks, or sleight-of-hand.  Anyone who says otherwise is looking for short-term pumps, rather than long-term solutions.

Research.  You must do your research on the topic you are trying to become motivated about.  Research will open new ideas to you.  It will take you in directions that you never thought possible.  It will instill a sense of confidence in you.  This “protective armor” will act as a catalyst to motivation.

Incremental effort.  You must work every day.  You must do something every day towards your goal.  Scattered, disorganized effort is not good.  You need to generate a certain amount of momentum to get things moving.  Remember that motus is movement, as we said above.  A long series of small steps can add up to some very large strides.

Word hard.  You must work hard.  You cannot work like a feeble weakling.  If you don’t know the difference between hard work and feeble effort, then you should start reading about some great historical examples of men who overcame great odds.  That will give you an idea of what work really is.  When in doubt, keep working.  There is an inevitable human tendency to make things easier on ourselves over time.  You must resist this.

Get feedback and make adjustments.  Only a fool never changes his routine.  Inevitably, you will notice inefficiencies or problems develop.  This is natural and normal.  Don’t be afraid to admit that you have made a mistake.  Just take action to correct the mistakes.  Get moving first, then adjust course while underway.  Do not fall into inactivity out of fear of making a mistake.

Very many successful business owners have experimented with different projects that ended badly.  This is natural, and a sign of an active mind.

Willpower.  At some point, you simply need raw guts to keep going.  I like to call it “2 o’clock in the morning courage.”  What does this mean?  It’s the kind of guts a man has when he’s suddenly awoken from bed in the dead of night and forced to deal with a crisis.

It’s the kind of guts needed to keep going when you are at absolute rock bottom.  U.S. Grant, the commanding general of the Union Army in the American Civil War, had “2 o’clock in the morning” courage.  He could be roused from sleep by an aide at 2:00 in the morning, and told that his forces were under attack.

But Grant would never panic.  He would never lose his cool.  He would just light a cigar, take the report, glance at his maps, and make his decisions.  And most of the time, they were the right decisions.  Even when they were wrong, it was still better that he did something, rather than nothing.

These, then, are the foundations of motivation.

5 thoughts on “The Foundations Of Motivation”