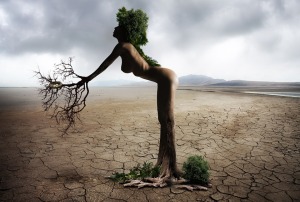 is one of those good books that no one has ever heard of.  It is a collection of short essays on some notable women of history, and the author includes characters both good and bad.  Queens, schemers, seducers, prostitutes, patriots, and rebels all have a place here.

I find these old, forgotten Renaissance works highly enjoyable and instructive, precisely for the reasons that some people do not.  Some people do not like the moralistic, judgmental tone of these old works.  But it is refreshing.  It is good sometimes to judge, and to be judged.

Both men and women need instruction on character and morals.  The failure of our culture to provide this guidance is the source of the countless social ills that fester and grow around us today.

Boccaccio is not interested in stuffing our heads with useless information.  Character to him was more important than information.  And so his essays are very short, contain very little biographical data, and emphasize story-telling and moral guidance.  Have we moderns, with all of our shallow sophistication, not neglected this concept, to our sorry detriment?

Consider Chapter 51, which focuses on Queen Athaliah, a Biblical Israelite queen, who apparently ruled from 842 to 836 B.C.  Historians tell us she was the daughter of King Ahab and Queen Jezebel.  But our author, Boccaccio, is not much concerned with the historical details.  What concerns him is conduct and behavior, and their consequences.

Athaliah gained the throne of Judah, and then solidified her hold on power by massacring all rival claimants.  For a time, she sustained herself through violence and treachery.  But what is gained through a foul deed will bring us nothing but torment.  This is the lesson Boccaccio wishes to impart to the reader.

He rises to vivid imagery in making his point:

So Athaliah was resplendent in her regal headdress–but the blood that bespattered her was surely more noticeable than her royal insignia…In the end Athaliah, who was guilty of so much bloodshed, would not herself remain unpunished.  After she had reigned for seven years, she saw herself forced violently from the royal throne…Amid the hostile shouts of her people, Athaliah was dragged in disgrace by slaves and ruffians…

Thus does divine justice operate.  Even if it is slow to act, it does not forget, and moves with harsher punishment against those who fail to mend their accustomed ways.  As long as we ignore this truth, refuse to believe it, and take no steps to reform ourselves, we only involve ourselves in greater sins.  When we least expect it, we are swallowed up by the tempest, and in misery weep over our misdeeds when it is of no avail.

Moving on from this general lesson, he proceeds to note that power gained through illegal means is hardly worth acquiring.  For we have no rest, and must constantly be on guard from other usurpers and assassins:

Truly, a craving for illegitimate rule is a terrible thing and, in the majority of cases, to acquire it demands cruelty.  Rarely is mere chance responsible for the longed-for ascent; usually it is necessary to employ some subterfuge or violence.  If subterfuge is used, you will be assailed by thoughts of deception, traps, perjury, treachery, and similar things.

If recourse is had to violence, you can expect to be plagued by upheavals, riots, calumny, cruelty, and rage…All these means are considered actions proper to wicked men; unless you become the servant of such practices, you cannot become the ruler of a kingdom.

But even then, he warns us, we will have no rest:

And what then?  Say that the ascent to the throne has been achieved:  you will have to close your ears to complaints, avert your eyes from tears, crimes, and murders, and harden your heart into stone; you must give arms to cruelty, banish compassion, cast aside reason, encourage wrongdoing, do away with the sacred force of law, dance attendance on lust, invoke wickedness, mock candor, praise pillage, dissipation, and gluttony–such are the harbingers of this glorious king…How marvelous is the accession of such a king!

And then?  Once one has ascended the throne through bloodshed and shameful deeds, would that, no matter how it was acquired, one could live free from harm!  Immediately, however, suspicion is at work.  The leading men are exiled, the wealthy reduced to poverty, and old friends banished, because they are potential rivals; brothers, children, grandchildren, and relatives are imprisoned and killed.  There is no sense of piety or justice.  One lies awake in anxiety, sleeps badly, and cannot eat without fear…

These lofty places acquired with loss of life are retained with an equal amount of fear…Thus, in a single hour we lose in death what we have wickedly accumulated during our unfortunate lifetime.  Athaliah learned this, but too late.

Could a more perfect description of the hapless modern tyrant’s dilemma be composed?  I talked about just this subject in one of my podcasts, where we explored the question of whether it is better to be loved or to be feared.

How many criminals, usurpers, and malefactors have been caught on the horns of this very problem? 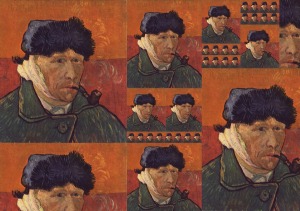 We could even extend this lesson to cover all who gain power or influence by wicked, unjust means.  They will never truly be able to enjoy the fruits of their malfeasance.

“Surely it would have been better,” Boccaccio says with a twinkle in his eye, “to enter a poor man’s hut, filled with peace, strong in its safety, and free of worry.”