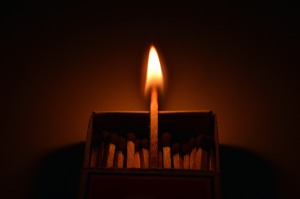 Xenophon’s Anabasis is one of the primary classics of ancient Greek literature.  For students of ancient Greek, it has served much the same function as has Caesar’s De Bello Gallico has for Latin; that is, it has been used as a foundational text in the study of the language.

But the importance of the Anabasis goes beyond grammar and syntax.  It is a significant work of literature in its own right, and remains an instructive primer on leadership and military tactics as well. The book relates the story of the military expedition which Cyrus the Younger led against his brother Artaxerxes II.  Cyrus believed he was the rightful occupant of the Persian throne, and to enforce his claim, he hired an army of Greek mercenaries in a quest to seize power.

Greek soldiers in those days (400 B.C.) were highly regarded for their discipline, combat experience, and reliability; the Peloponnesian War (431-404 B.C.) had just concluded, and its twenty-five years had resulted in a large pool of adventurers and veterans who knew little about the world except the arts of war.  They would soon to be put to use by the ambitious Cyrus.

Cyrus was killed in the battle of Cunaxa in 401, which brought the expedition to an abrupt end.  But the Greeks were marooned in the Middle East, and were then forced to make their way through hundreds of miles of hostile territory in an epic escape without parallel in ancient or modern history.

Xenophon was a participant in the expedition, and wrote in great detail on the personalities involved. His praise for the leadership qualities of Cyrus is extensive.  Even though Cyrus met an untimely end, Xenophon thought highly of him and was careful to preserve his memory; and perhaps his description of Cyrus’s virtues tells us more about him than it does about Cyrus.  I will try to summarize below the major leadership qualities that Xenophon identifies, along with illustrative quotes from the original text for reference.

…He [Cyrus] showed, in the first place, that he counted it of the utmost importance, when he concluded a treaty or compact with anyone or made anyone any promise, under no circumstances to prove false to his word.  It was for this reason, then, that the cities trusted him and put themselves under his protection, and that individuals also trusted him; and if anyone had been an enemy, when Cyrus made a treaty with him, he trusted that he would suffer no harm in violation of that treaty. [I.9]

It was manifest also that whenever a man conferred any benefit upon Cyrus or did him any harm, he always strove to outdo him:  in fact, some people used to report it as a prayer of his that he might live long enough to outdo both those who benefited and those who injured him, returning like for like.  [I.9]

…None could say that he permitted malefactors and wicked men to laugh at him; on the contrary, he was merciless to the last degree in punishing them, and one might often see along the traveled roads people who had lost feet or hands or eyes; thus in Cyrus’s province it became possible for either Greek or foreigner, provided he were guilty of no crime, to travel fearlessly wherever he wished, carrying with him whatever it was to his interest to have.

4.  Honor those who fight for you.

Thus the brave were seen to be most prosperous, while cowards were deemed fit to be their slaves.  Consequently Cyrus had men in great abundance who were willing to meet danger wherever they thought that he would observe them…Hence he not only had many and various functions performed for him with fidelity, but, in particular, he secured the services of an army worthy of the name.  [I.9]

5.  Value friendship and personal relations above all else.

As to friends, all agree that he showed himself preeminent in his attentions to all the friends that he made and found devoted to him and adjudged to be competent co-workers in whatever he might be willing to accomplish…Hence as I at least conclude from what comes to my ears, no man, Greek or barbarian, has ever been loved by a greater number of people.  [I.9]

These were the primary leadership qualities of Cyrus, as Xenophon saw them.  He led from the front, not the rear, and never asked his men to do anything that he himself was unwilling to do.  It seems a great tragedy, then, that he was killed at such a young age.  At Cunaxa, Cyrus was in the thick of the fighting.  It was a javelin that killed him.  Xenophon reports that, during the melee, a missile struck him “with a hard blow under the eye,” and that this was how he met his end.